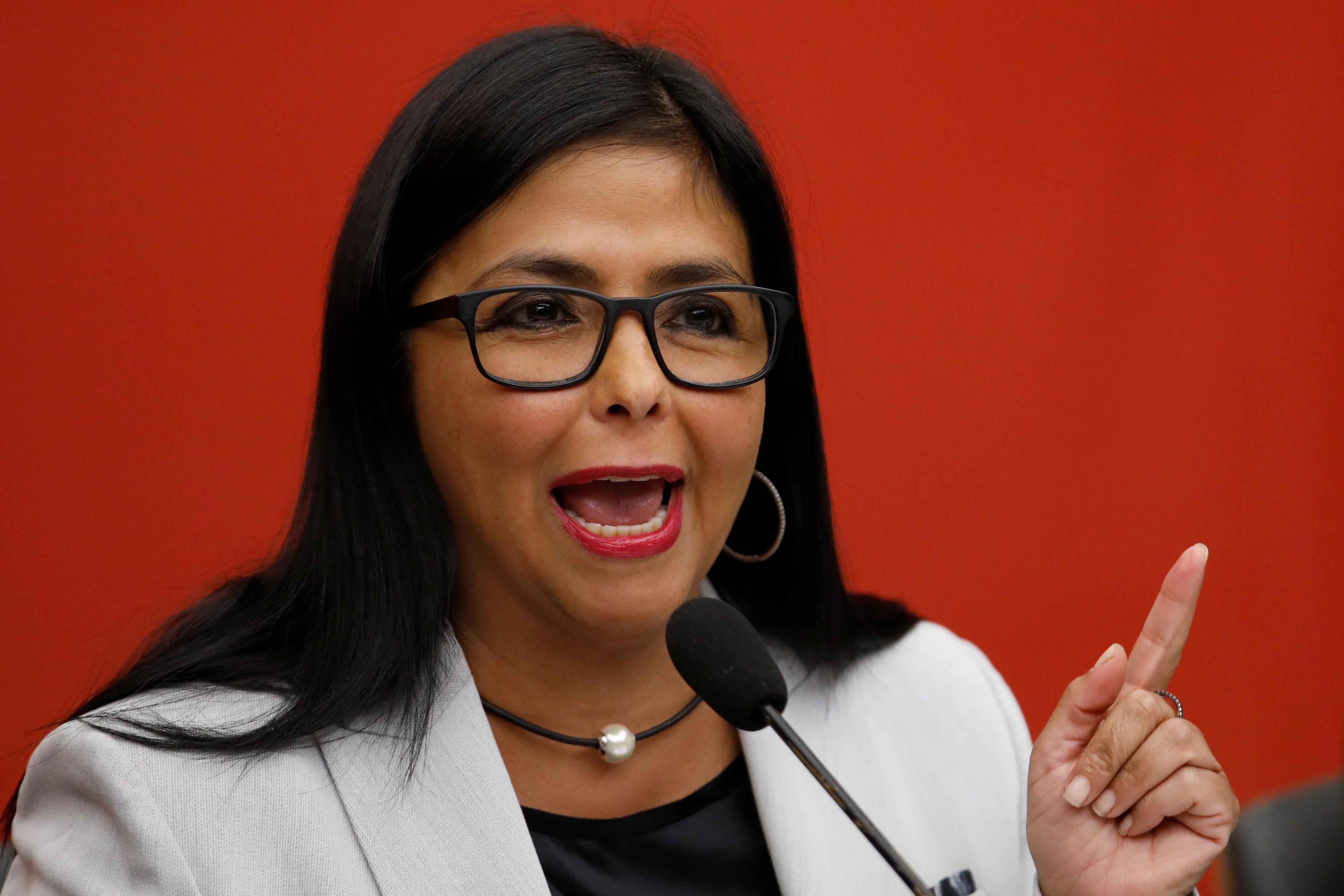 (Reuters) – Venezuela’s government on Wednesday said it had closed the country’s maritime border with the Dutch Caribbean islands due to the opposition’s plan to bring in humanitarian aid this Saturday to alleviate an economic crisis it denies exists.

Vice President Delcy Rodriguez said Venezuela’s relations with the islands of Aruba, Curacao and Bonaire were under revision and the border closure would be in place for an “undefined period of time.”

“The fact that Curacao has decided to join this show, whose only aim is the takeover of Venezuela, means Venezuela has not only closed our border but also is revising our relations with these countries,” Rodriguez said in comments broadcast on state television.

She said the government made the decision after Curacao’s government said the island would help store aid destined for Venezuela. A regional military command in the state of Falcon, the closest to the islands, had closed the border on Tuesday, but then reversed that decision earlier on Wednesday.

Opposition leader Juan Guaido, who has been recognized by dozens of countries as the legitimate head of state, has said that food and medicine provided in part by the United States would enter Venezuela by land and sea on Saturday.

President Nicolas Maduro’s government has pledged to block offers of foreign aid, denying widespread shortages and insisting the country’s economic problems are the result of sanctions by Washington.

The United States has sent tons of aid to Colombia’s border with Venezuela, an effort Maduro has mocked as a “cheap show.”

Maduro retains the backing of Russia and China and control of state institutions including the military.

Also on Wednesday, Guaido said he spoke to the president of Switzerland to try to freeze bank accounts belonging to Venezuela after “irregular movements” were discovered.