The Venezuelan government is pressing ahead with an attempt to capitalize on the success of cryptocurrencies. 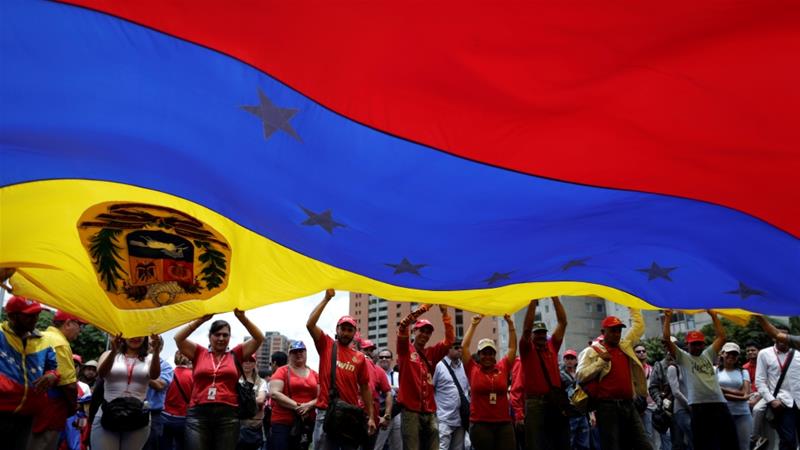 Advisers to the Venezuelan government are recommending it sell $2.3bn of its new cryptocurrency, the petro or petromoneda, in a private offering at a discount of up to 60 percent, according to a document reviewed by Reuters.

The Venezuelan government is pressing ahead with an attempt to capitalize on the success of cryptocurrencies like bitcoin by creating one for Venezuela as its traditional currency, the bolivar, plunges to all-time lows against the dollar and the country struggles with hyperinflation.

Venezuelan President Nicolas Maduro said each petro would be backed by one barrel of Venezuelan oil, and would be sold at the same price, which last week averaged $60.40 a barrel. That would put the value of the entire petro issuance of 100 million tokens at just over $6bn.

The remainder should be shared between the government and VIBE, the document said.
The OPEC nation, struggling with widespread shortages of food and medicine, is seeking to raise hard currency amid the crippling crisis and US-imposed sanctions.

Maduro surprised many in early December when he announced the creation of a cryptocurrency as a way to circumvent US sanctions that have hurt Venezuela’s access to international banks.
“The centre of financial policy will be the consolidation of the petro,” said Maduro in his annual message on Monday.

“This cryptocurrency is the future of humanity. Venezuela has entered the future.”
However, many were left confused.

Venezuela’s opposition-run congress has declared the petro an illegal debt issuance by a government desperate for cash, and has said it will not recognize it.

Sanctions by Washington prevent US citizens from acquiring newly issued Venezuelan debt, but do not specifically mention cryptocurrencies.

High-ranking government advisers have discussed the proposal, according to a source familiar with the situation. It was not immediately clear if the proposal would be accepted.

The information ministry did not immediately respond to a request for comment.

The document suggested the government accept tax payments in petros, and that state oil company PDVSA incorporate cryptocurrencies in its dealings with foreign companies.

The country’s opposition said it is illegal to use oil reserves – of which Venezuela has the largest in the world – to issue debt.

“I remind President Maduro that the hydrocarbons law prevents him from using the country’s oil reserves without parliamentary approval,” wrote opposition legislator Angel Alvarado on Twitter earlier this month.
“His claim to issue $6 billion in debt, denominated in petro, against 100 million barrels is illegal.”

Maduro said the cryptocurrency issuance would take place via online exchanges, but he did not give further details.

Some of the exchanges would work with bolivars, Venezuela’s collapsing local currency, while others would exchange other cryptocurrencies for the petro, said an adviser.

The petro will be pre-mined, meaning that unlike bitcoin, for example, new tokens cannot be created. This is the case with another popular cryptocurrency, ripple.

The document suggested the petro be a token on the Ethereum network, widely used by the cryptocurrency community. Its native coin is the ether, whose market capitalization is second only to bitcoin.