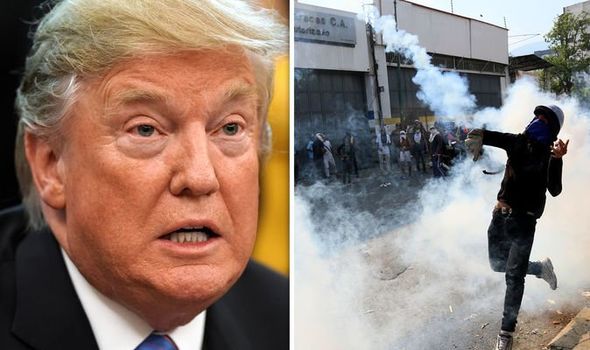 The US President threatened that a “full and complete embargo, together with the highest-level sanctions” would be placed on Cuba if its troops fail to stop military operations in Venezuela. His comments come on a dramatic day of rioting, which saw at least 71 injured as the ongoing row between the Venezuelan president Nicolas Maduro and opposition leader Juan Guaido erupted. On Tuesday, Mr Guaido called on the country’s military to help him end the controversial leader’s presidency.

With Cuba now active in Venezuela, which is also supported by the likes of Russia and China, Trump waded in on Twitter.

He wrote: “If Cuban troops and militia do not immediately cease military and other operations for the purpose of causing death and destruction to the Constitution of Venezuela, a full and complete embargo, together with the highest-level sanctions, will be placed on the island of Cuba.

“Hopefully, all Cuban soldiers will promptly and peacefully return to their island.” 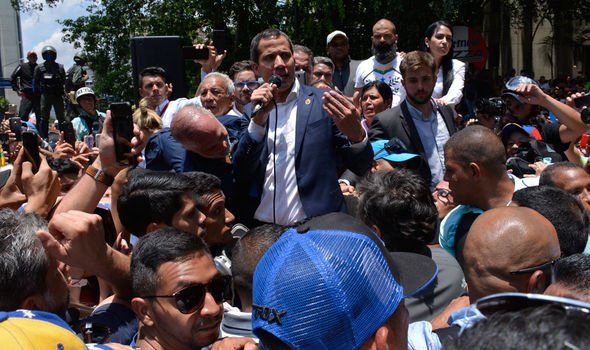 Of those injured in the capital of Venezuela Caracas 43 were injured by rubber bullets and 21 treated traumatic injuries.

The images show motorbikes and civilians racing out of a wall of tear gas as strings of powerful gunfire puncture the air.

Mr Guaido urged protesters and members of the military to join what he called the “final phase of Operation Liberty” in a video taken at La Carlota airbase in the capital Caracas while surrounded by heavily-armed soldiers. 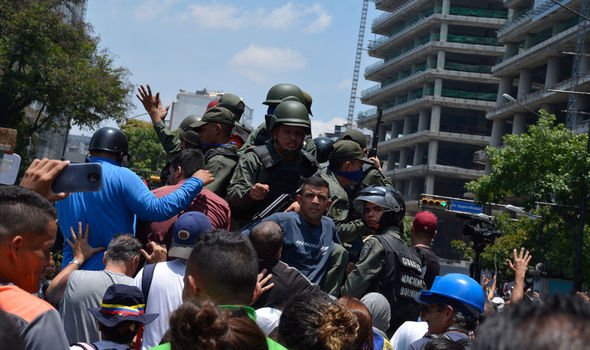 The troops promptly set up defensive positions around the base before Maduro’s forces arrived and opened fire with tear gas and live rounds.

The United States is among some 50 countries that recognize Mr Guaido as Venezuela’s president, and has imposed sanctions to try to dislodge Maduro who they say won re-election last year through fraud.

Mr Guaido has said Wednesday’s protests will be “the largest march in Venezuela’s history” and part of what he calls the “definitive phase” of his effort to take office in order to call fresh elections.

Venezuela is mired in a deep economic crisis. Shortages of food and medicine have prompted more than three million Venezuelans to emigrate in recent years.