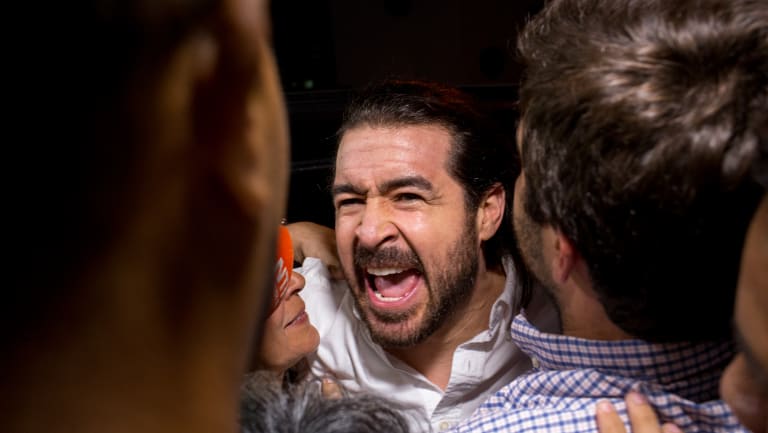 Daniel Ceballos, former San Cristobal mayor, is greeted by supporters after being released outside the Bolivarian Intelligence Service prison in Caracas, Venezuela.

Among the 40 people released were two substitute lawmakers, one of whom had been held since 2014 for allegedly inciting violence in protests that year. The son of a former defence minister for the late Hugo Chavez was also let go.

President Nicolas Maduro said after being re-elected May 20 in a contested victory that chief among his conciliatory measures would be freeing anti-government activists considered political prisoners by the opposition.

On Friday, he released the first 39, and authorities said more releases could take place next week.

Those being freed are barred from speaking with the press or on social media.

In May, Maduro's government freed 20 people who were arrested during protests against widespread blackouts. It also freed Joshua Holt, a Utah man who had been jailed nearly two years earlier on weapons charges that US officials considered bogus.