Hundreds of soldiers broke ranks and sprinted for cover as blasts rang out over the capital Caracas. Seven soldiers were hurt. 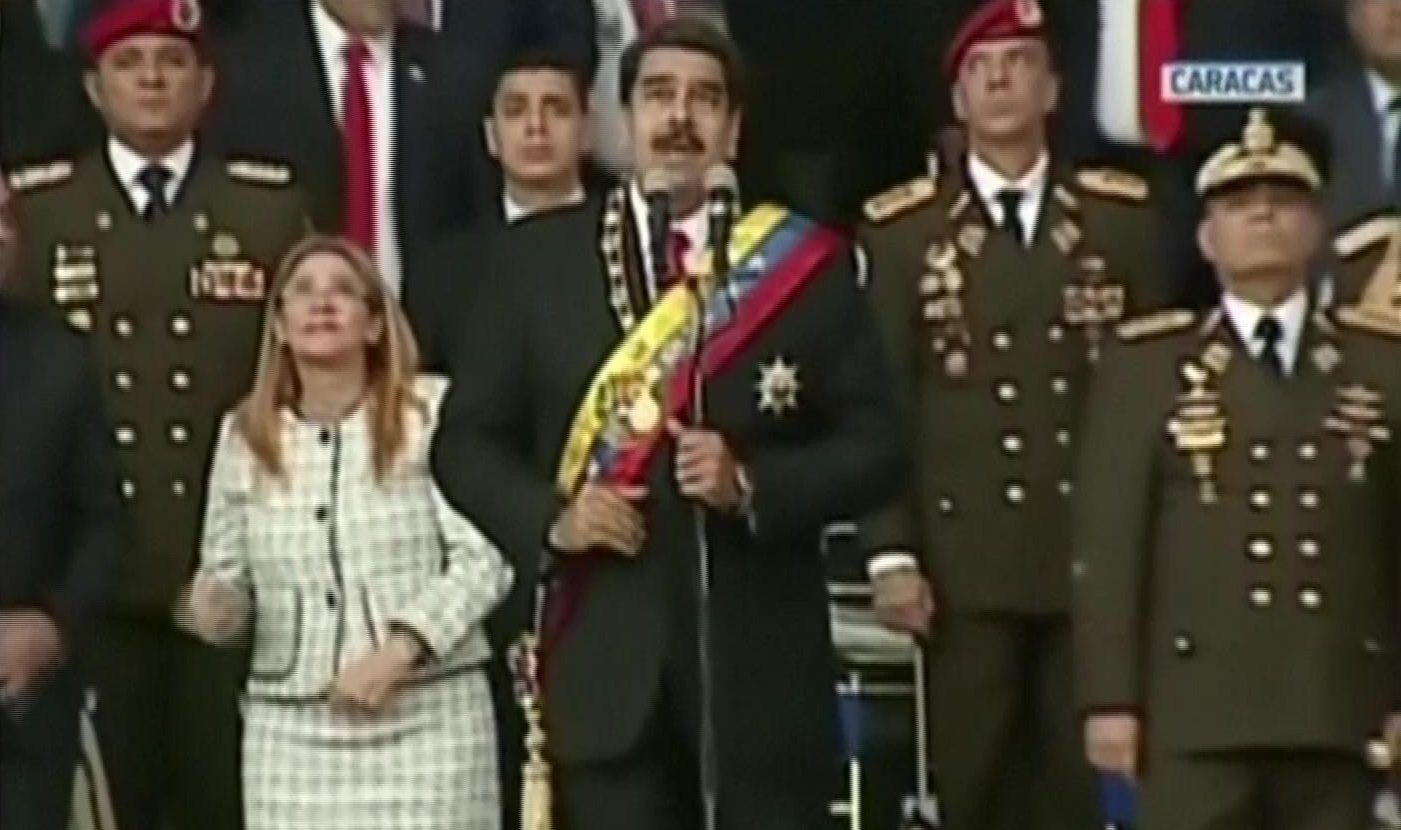 The explosions cut short a televised speech by the president during the National Guard's 81 anniversary celebration.

Mr Maduro – blamed for the impoverished country's crippling inflation and shortages of basic goods – was unharmed.

Information Minister Jorge Rodriguez condemned it as an attempted attack on the President's life.

He said: "At exactly 5:41 p.m. in the afternoon several explosions were heard. The investigation clearly reveals they came from drone-like devices that carried explosives." 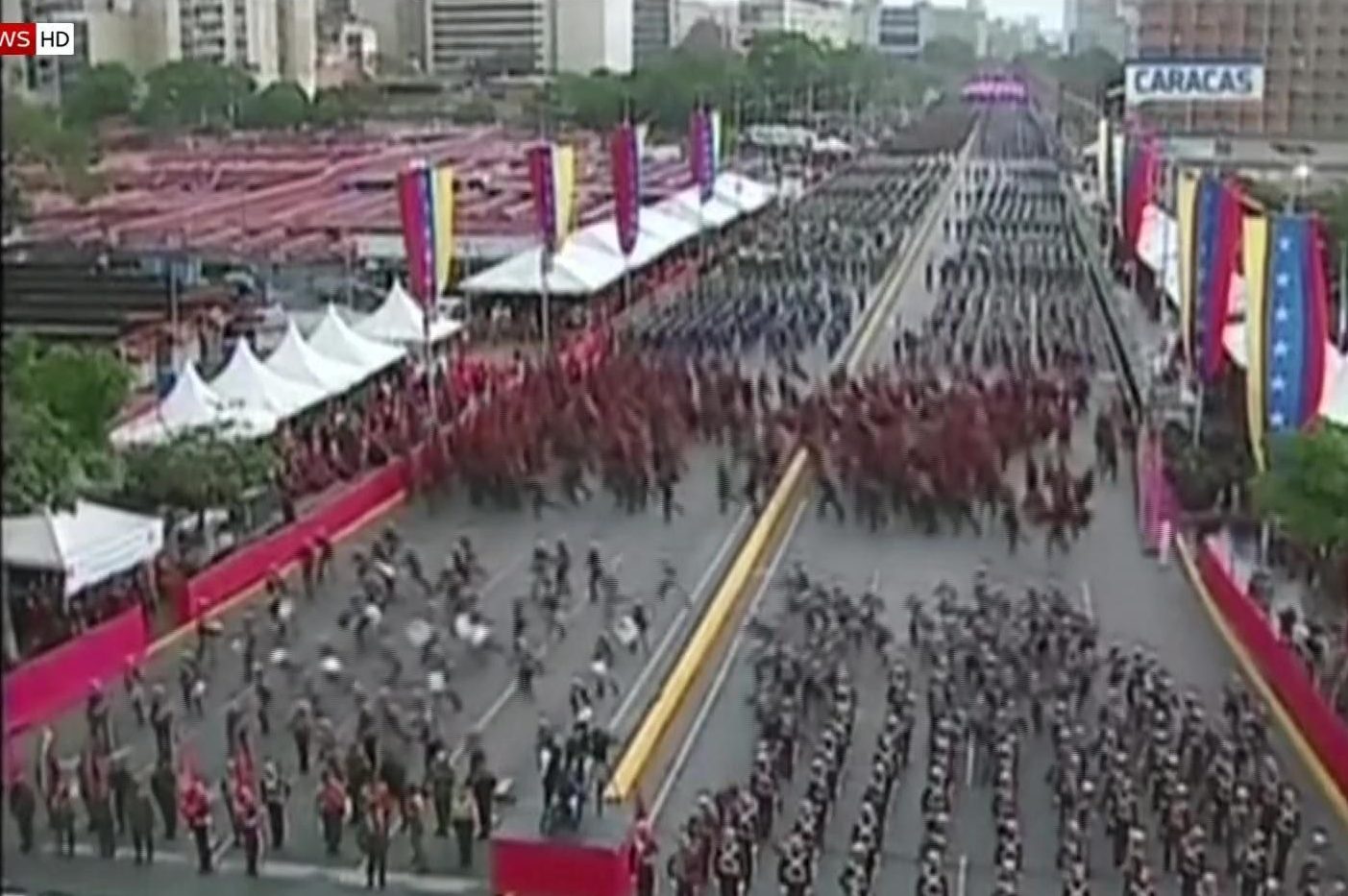 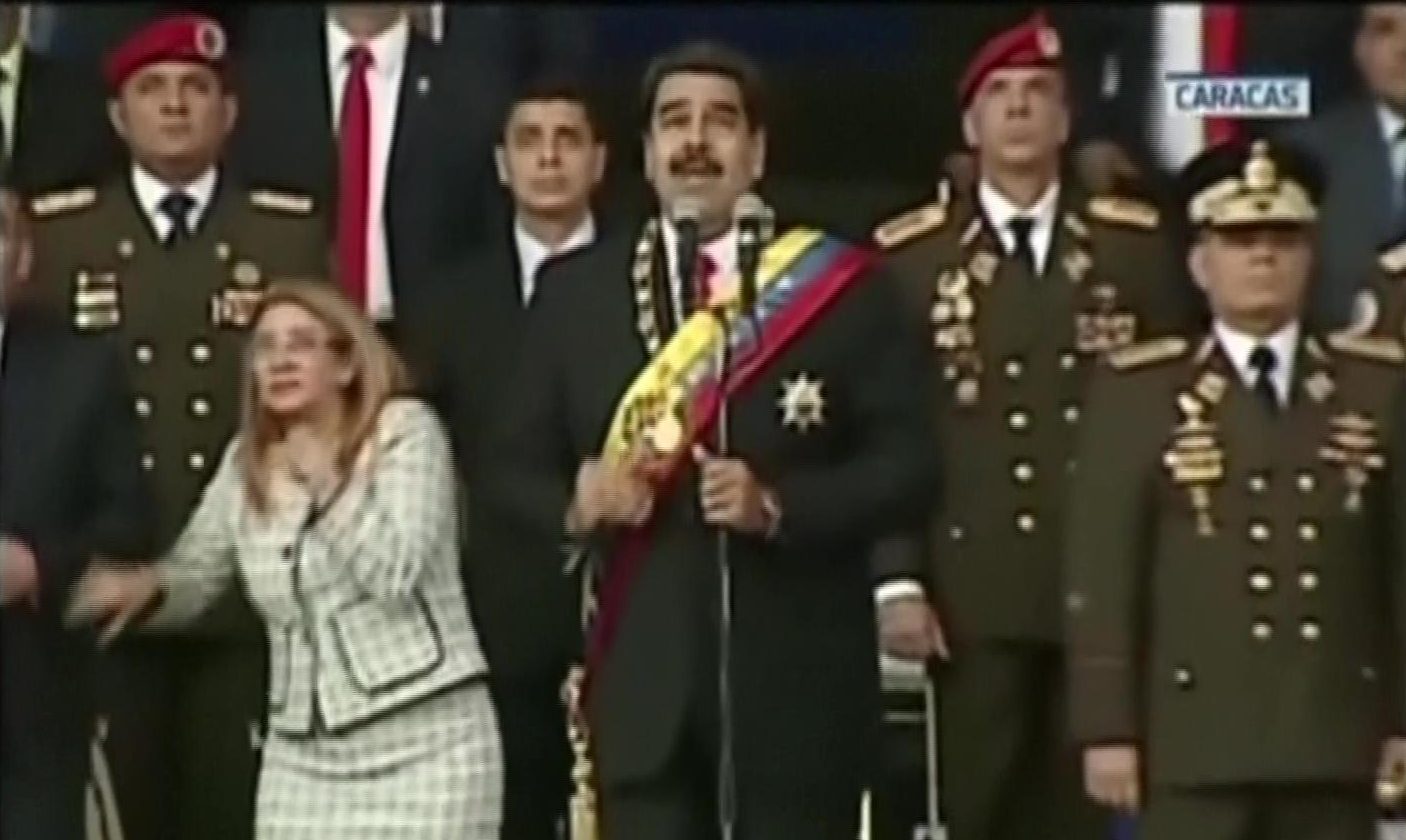 Wearing a presidential banner, Maduro was speaking on a podium alongside his wife Cilia Flores and several high-ranking military officials.

He told the crowds: “To the conscious Venezuela, we are going to bet for the good of our country, the hour of the economic recovery has come and we need….”

Maduro then stops and looks up in the air in horror and Cilia recoils in horror.

Later security forces were seen checking a nearby building that was apparently set alight around the same time as the explosions. 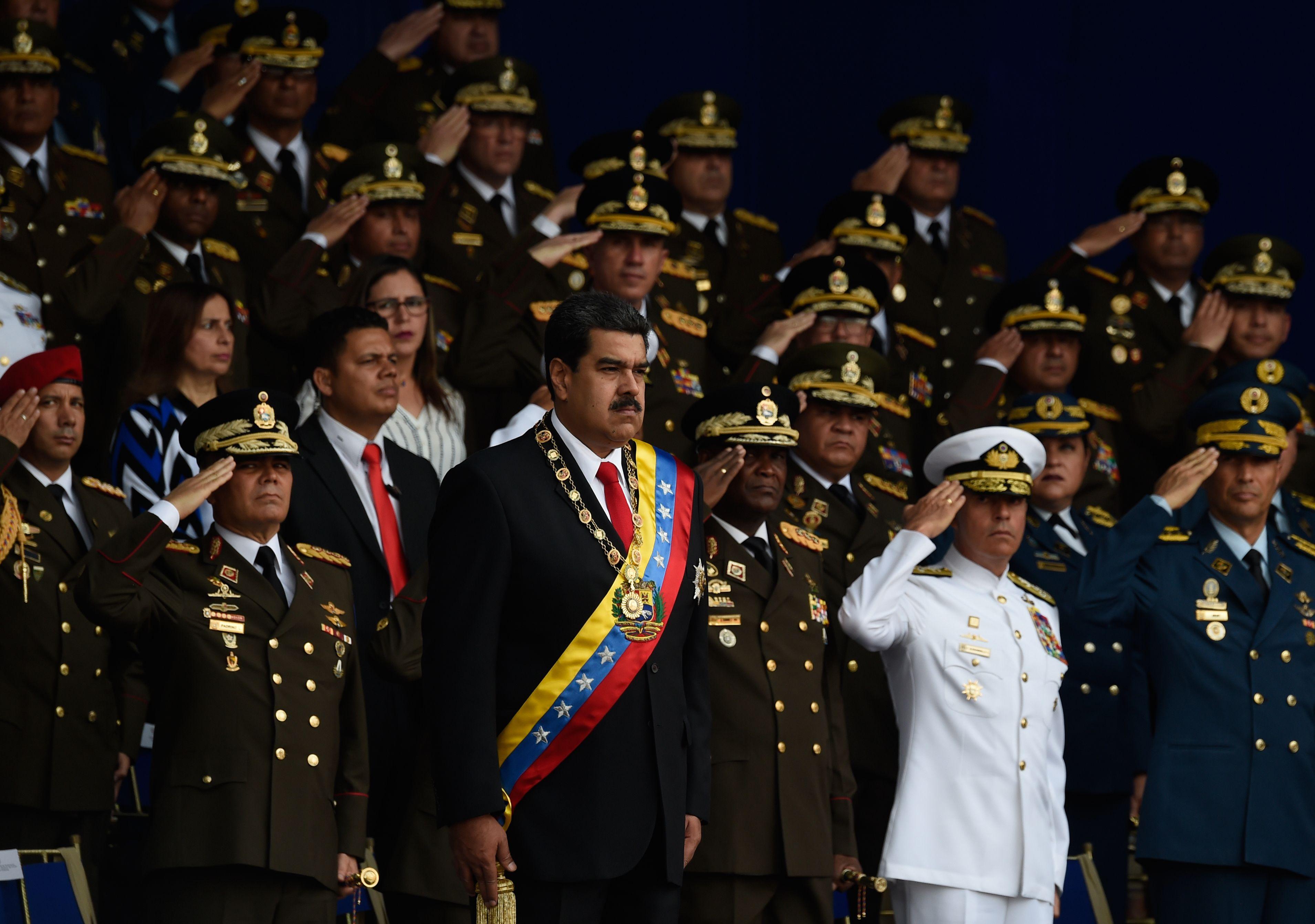 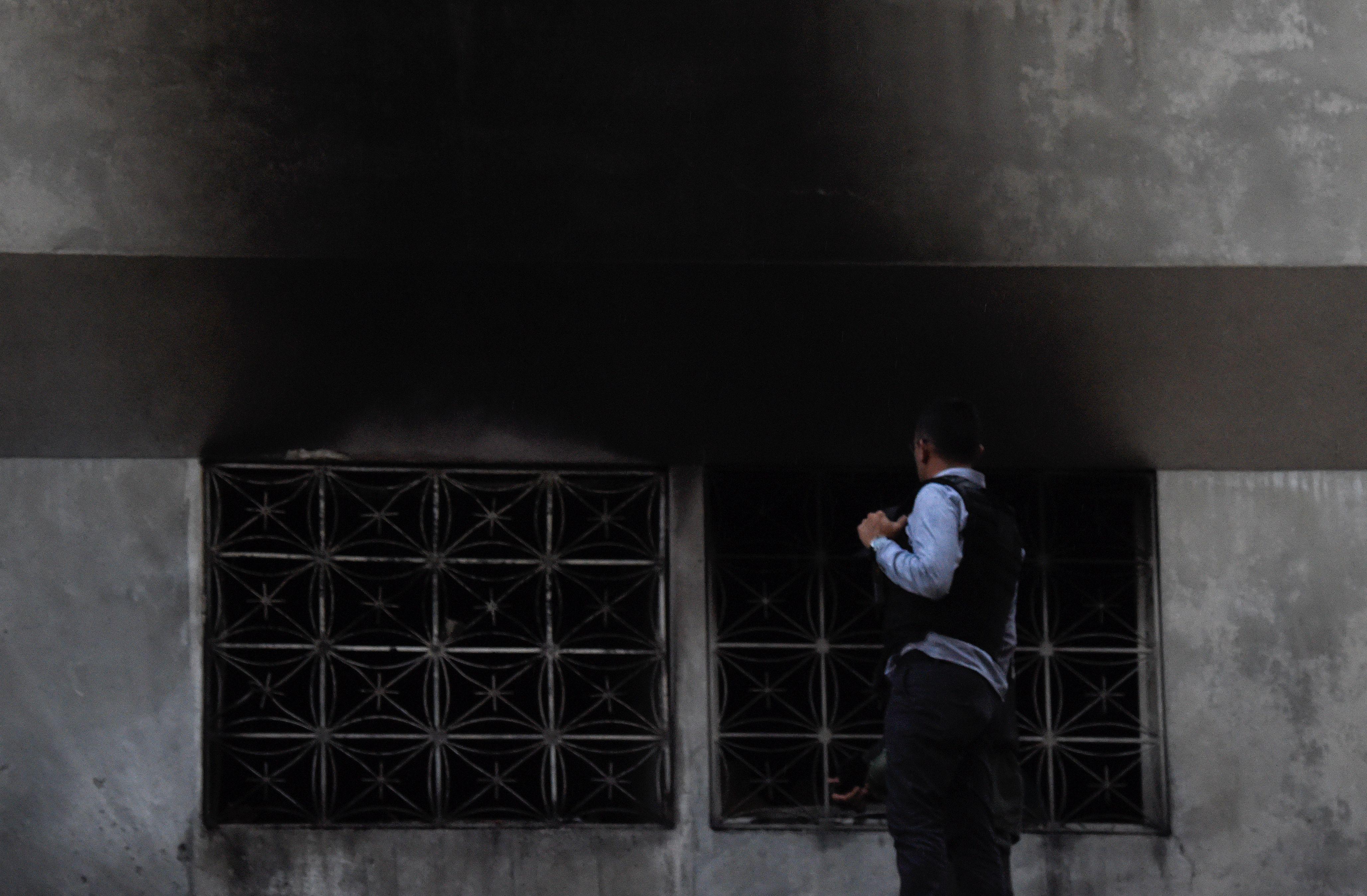 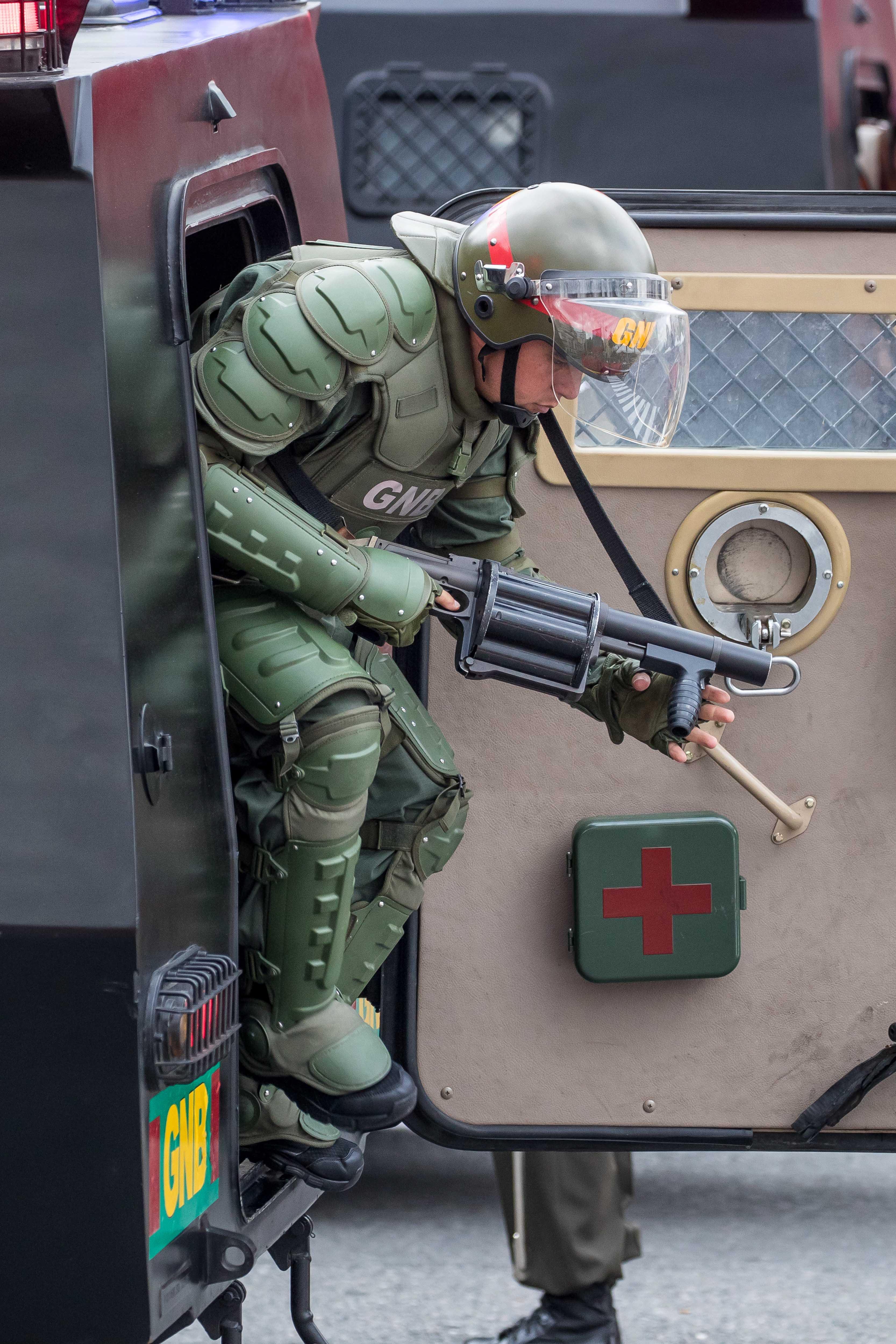 Mr Maduro blamed far-right factions and the government of neighbouring Colombia for what he described as an assassination attempt.

In an address to the nation Saturday evening, he said: "This was an attempt to kill me. Today they attempted to assassinate me."

He said police had made a number of arrests but gave no further details.

He also said he believed Colombia's president Juan Manuel Santos – one of his most outspoken critics – was behind the bomb plot.

And he claimed the plot was planned and financed in Florida and asked for Donald Trump's help catching the perpetrators.

A previously unknown group claimed responsibility for the attack.

Soldiers in T-shirts said in a tweet that it planned to fly two drones loaded with explosives at the president, but government soldiers shot them down before they reached their target.

The claims could not be immediately verified.

Mr Maduro, who succeeded tyrant Hug Chavez, was elected to a new term in office in May despite a crippling economic and humanitarian crisis and violence on the streets.

Maduro's regime has been accused of locking up political opponents and using deadly force to put down protests.