The popular tourist hotspot has been warned there will be further high tides of 105cm at 11.15am tomorrow Friday, November 29. Three of the worst ten floods to hit Venice since records began have happened in a week. The high tide of 121cm was reached at 10.30am on Wednesday morning.

At 140cm, 90 percent of Venice is flooded and 80cm is the height of St Mark’s Square and from when flooding occurs.

Tourists have been forced to wear high boots to wade through the water to view its canals, architecture and art.

On November 12, over 80 percent of the city was flooded.

According to local Italian press, the high tide is being reinforced by strong storms in the area of the upper Adriatic. 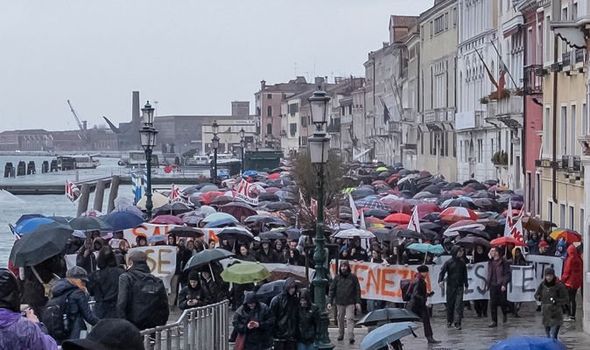 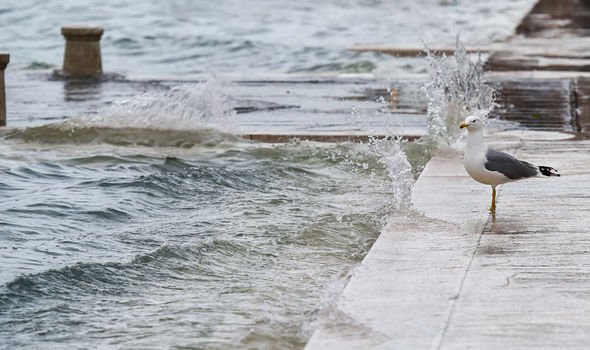 Two weeks ago an elderly man died in Venice when he was struck by lightening while he was using an electric water pump.

The coast guard has dispatched extra boats to serve as water ambulances to help people.

The mayor of Venice, Luigi Brugnaro, said he would declare a state of emergency. 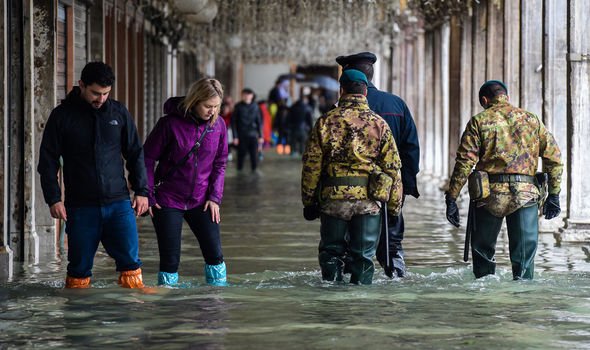 He said: “We ask the government to help us. This is the result of climate change.”

He has claimed the damage adds up to hundreds of millions of euros.

Italian Prime Minister Giuseppe Conte has pledged €20million in funds to help with the cleanup operation.

Rain has continued to hit northern Italy, with a yellow warning in Piedmont. 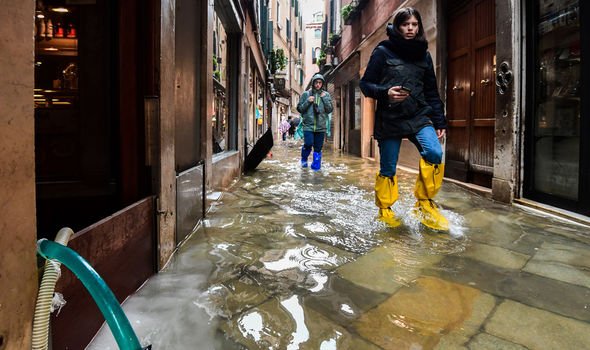 A project to protect the city was launched in 2003, but it has been hit by rising costs and delays.

In 1106 flooding destroyed every building in the Venetian town of Malamocco.

The increase in sea level in Venice is partly due to climate change and party due to subsidence so because the land around Venice is getting lower. 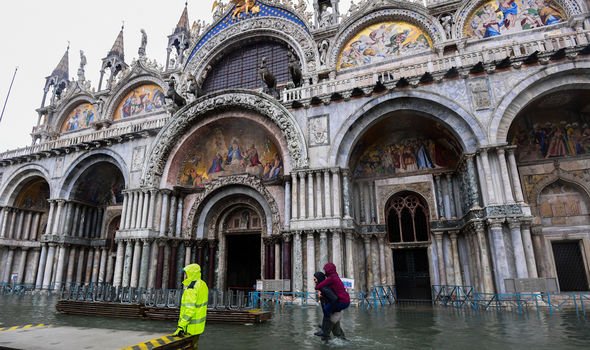 These European floods have killed nine people in flash floods and landslides across France, Greece and Italy.

In north Italy, a woman was found dead after the flooded Bomida river swept away her car.

Some experts have even warned that Venice could disappear by the year 2100 due to the intense flooding.