Out of this world! Incredible video shows Elon Musk’s Space X rocket leaving the atmosphere with a spectacular flash over the California skyline

This is the moment Elon Musk’s Falcon 9 rocket lit up the sky over California as it blasted into space – before part of it landed back on the West Coast for the first time.

The stunning visuals were created when the rocket rose above the horizon and into sunlight before the first stage – or main body of the rocket – separated from the smaller second stage.

As the first stage somersaulted around in order to guide itself back to earth, the second stage ignited its booster rocket, propelling it out of earth’s atmosphere and into space.

The visuals were created when the rocket exhaust caught the light of the sun, and could be seen all the way from San Francisco to Los Angeles and even in parts of Arizona. 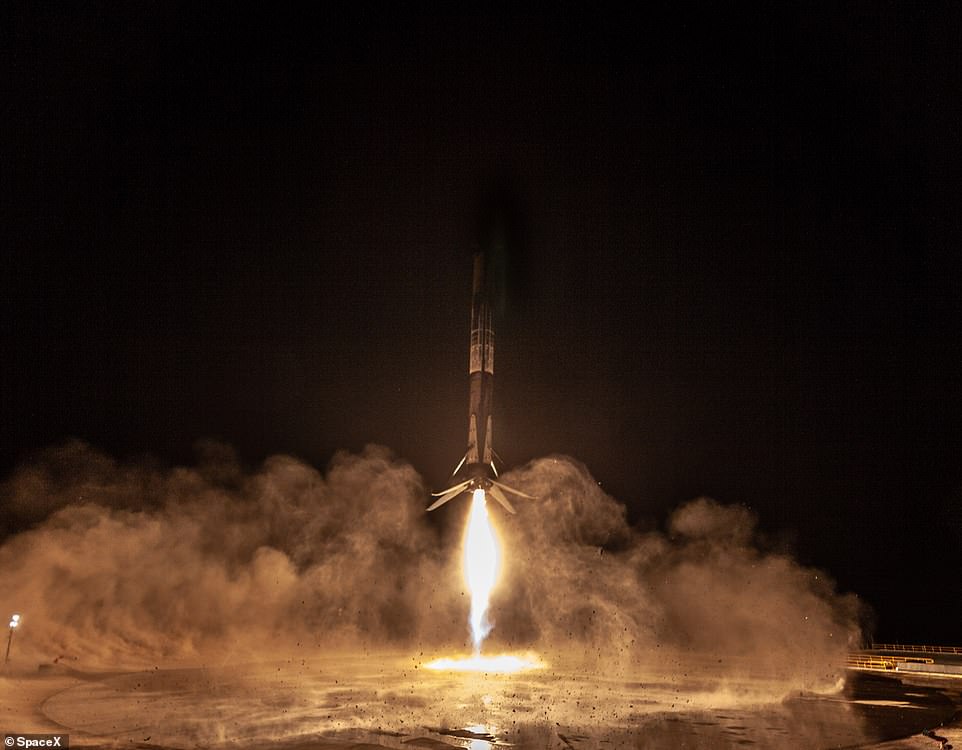 Elon Musk’s Space X company launched a Falcon 9 rocket from Vanderberg Air Force Base, in California, for the first time on Friday. The craft lit up the night sky across the state as the first stage of the rocket separated from the second, before coming back to land again (pictured above) 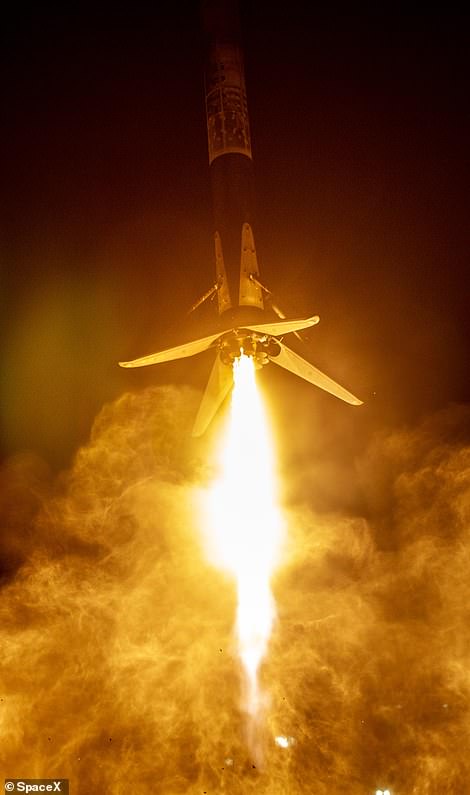 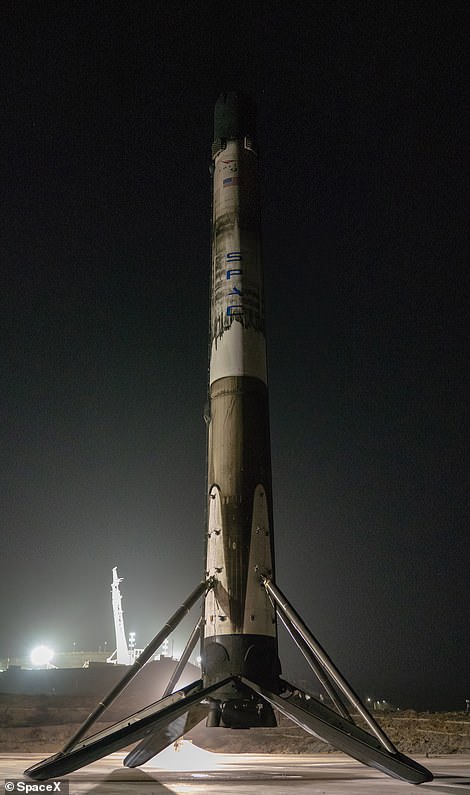 The rocket was designed to take an Argentinian observation satellite into orbit, but also marked the first time Space X has operated from a base on the West Coast. Previous launches have taken place in Florida 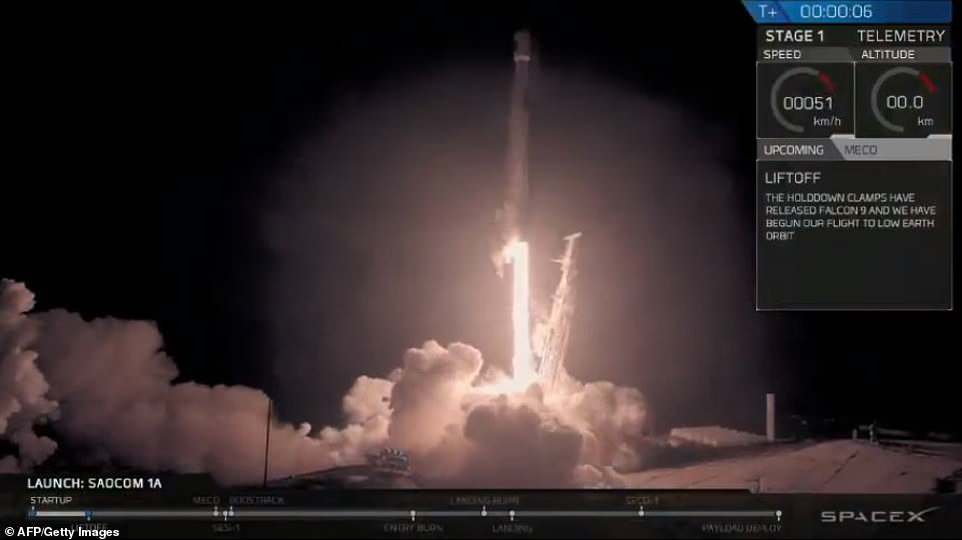 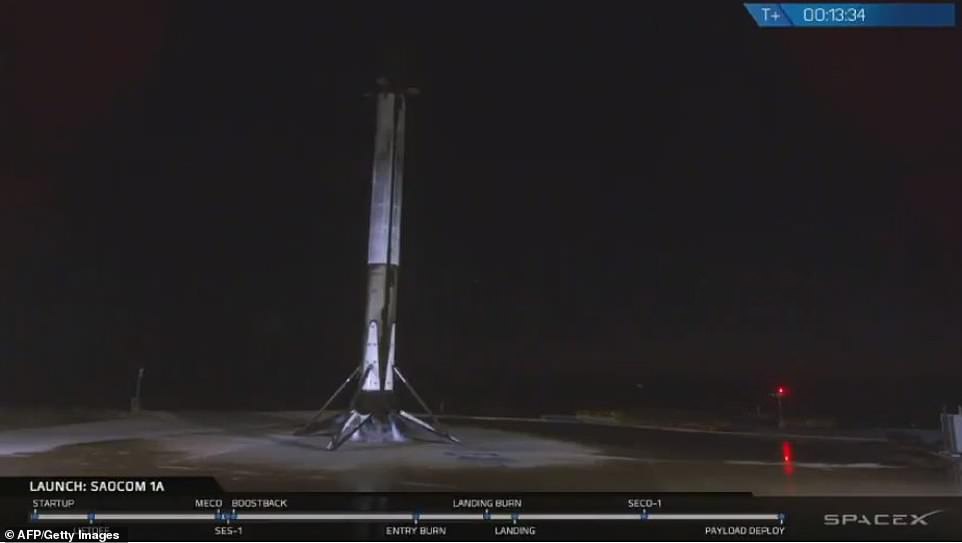 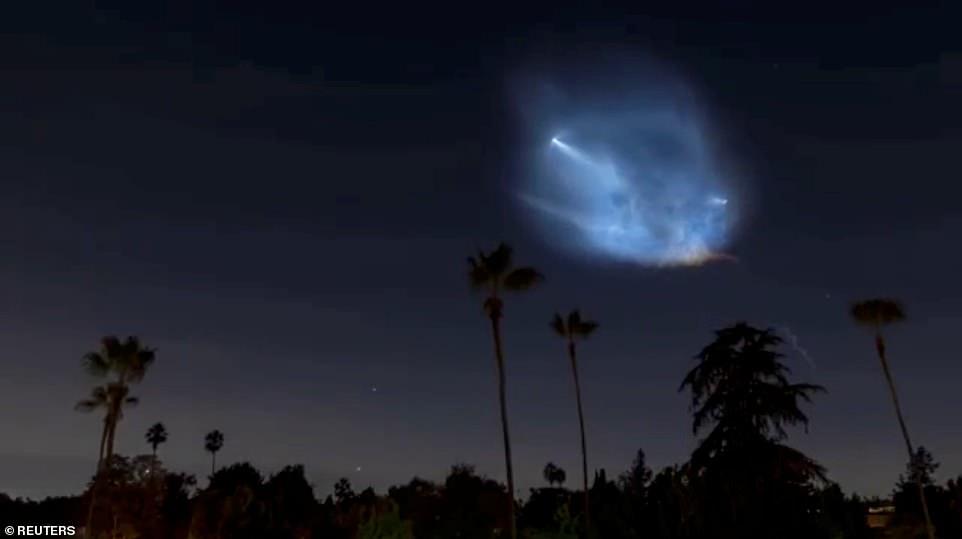 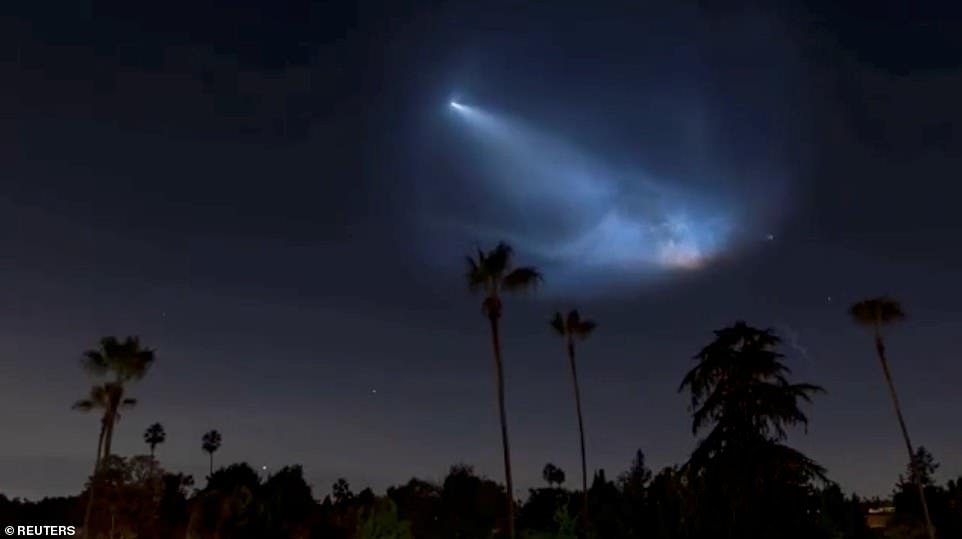 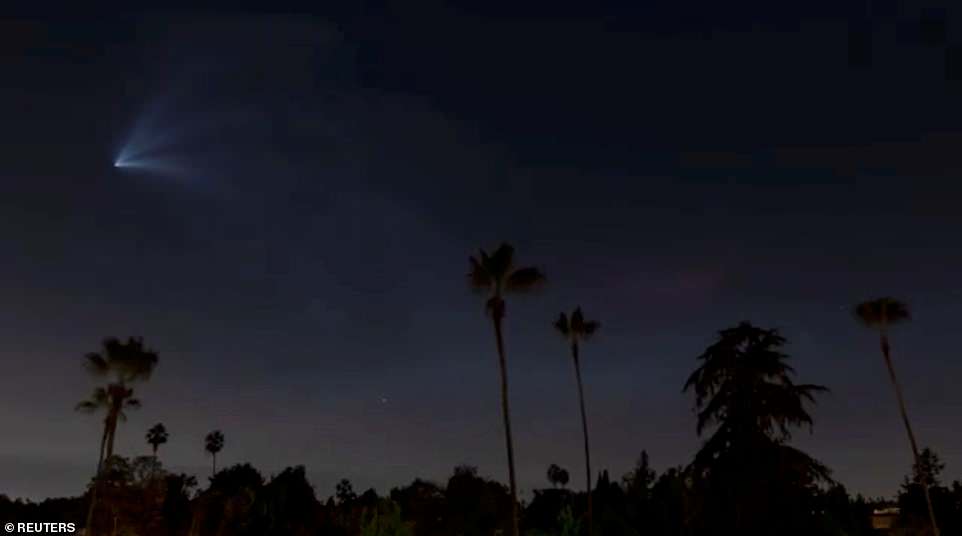 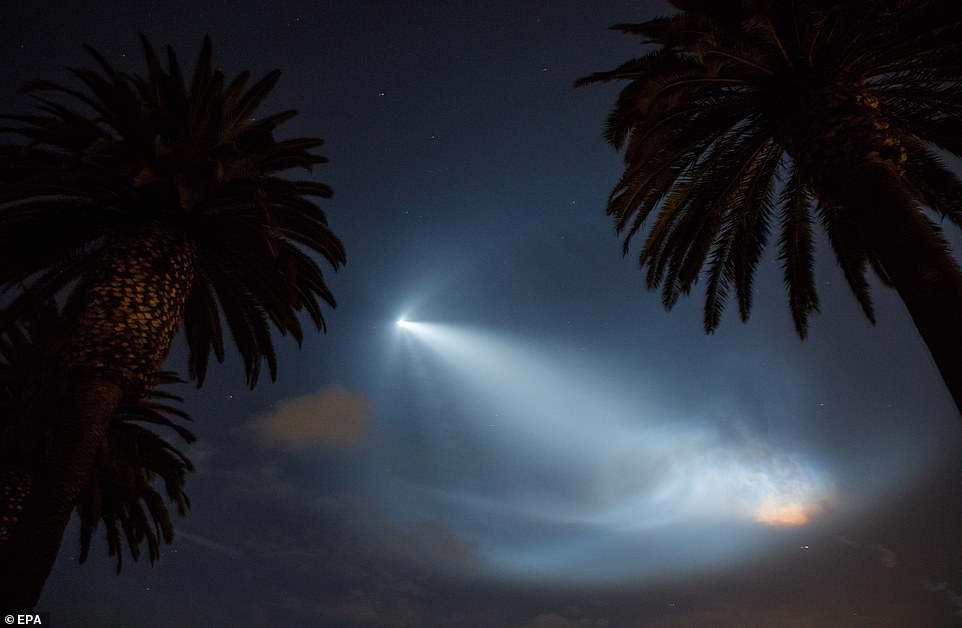 The launch was staged to be as dramatic as possible, with people from San Francisco to Los Angeles and even parts of Arizona reporting seeing the strange display in the night sky

Posting the footage online, he wrote: ‘Such a cool thing to see! People on the beach that didn’t know about it were tripping out.’

Spectacular photos also showed the first stage of the rocket landing back at Vandenberg Air Force Base, which is the first time one has touched down on the West Coast. Previous launches have taken place in Florida.

The Air Force last week advised residents on the central California coast they might see multiple engine burns by the first stage and hear one or more sonic booms as it returned.

SpaceX also has successfully landed Falcon 9 first stages on so-called drone ships off the coasts of Florida and California, all as part of its effort to decrease the cost of space launches by reusing rockets rather than allowing them to fall into the ocean.

The satellite is the first of two for Argentina’s space agency, Comision Nacional de Actividades Espaciales, and will work in conjunction with a constellation of Italian space agency satellites.

SAOCOM 1A carries a high-resolution instrument called a synthetic aperture radar that will be used for emergency management during disasters and for land monitoring. The second satellite will be SAOCOM 1B.

The launch comes just days after Elon Musk was fined $20million and told he must resign as chairman of Tesla after reaching a settlement on fraud charges.

Musk was accused of posting ‘false and misleading information’ to Twitter about taking his company private at $420 a share on August 7.

The acclaimed engineer told his followers he’d secured funding and only needed a shareholder vote to proceed.

The SEC claims Musk’s tweets had no factual basis, and caused chaos in the stock market, which hurt investors. 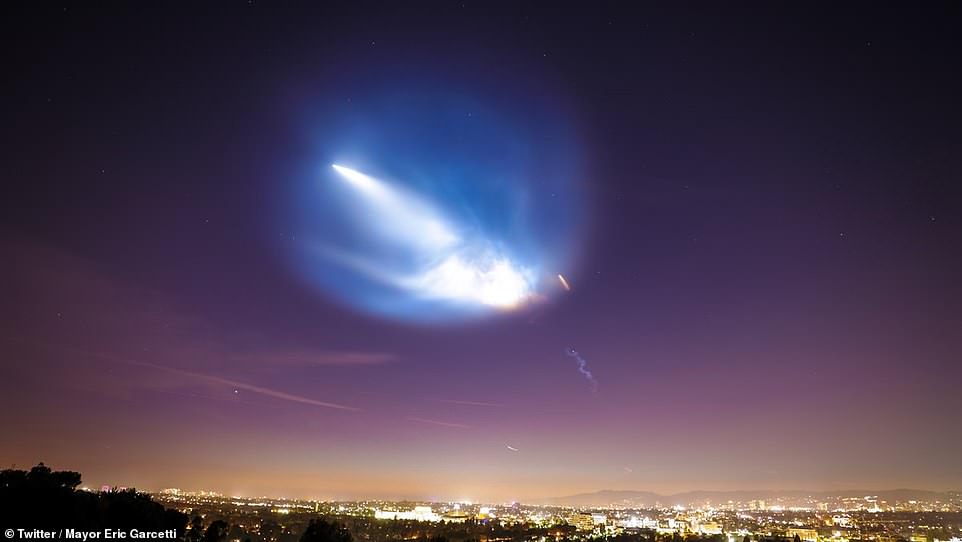 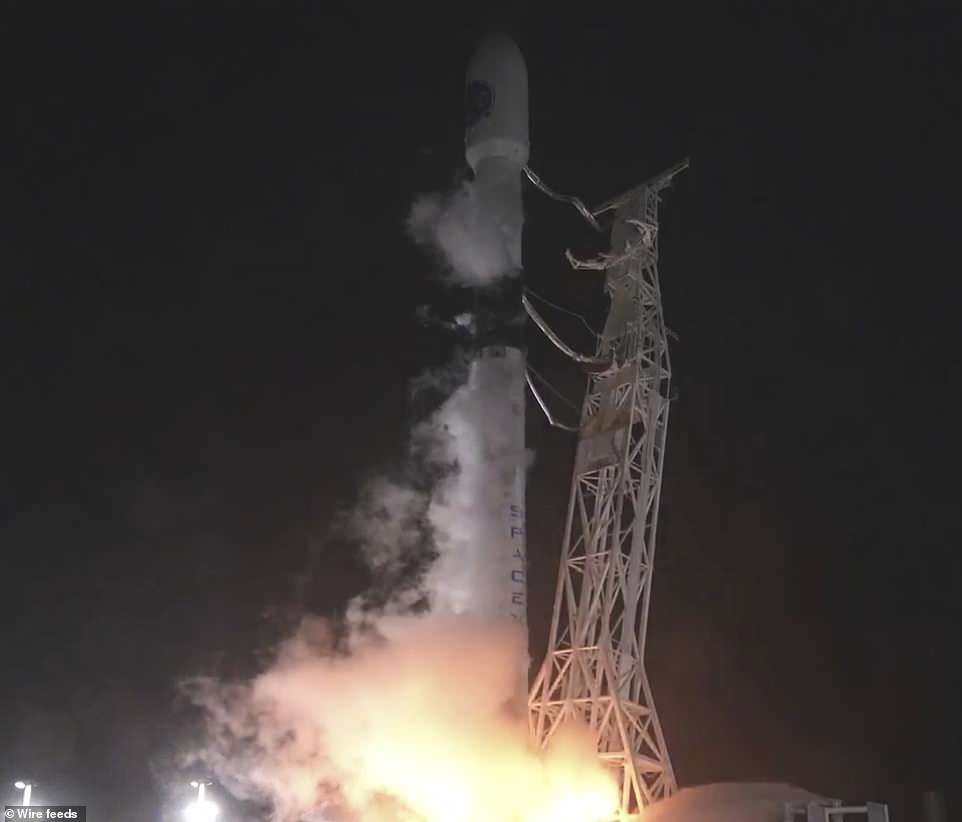 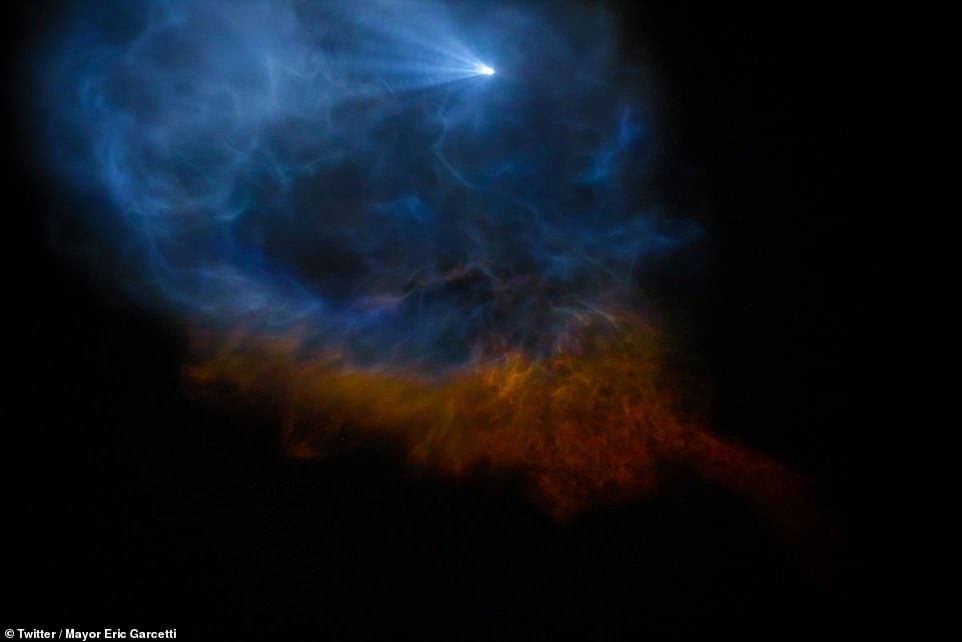 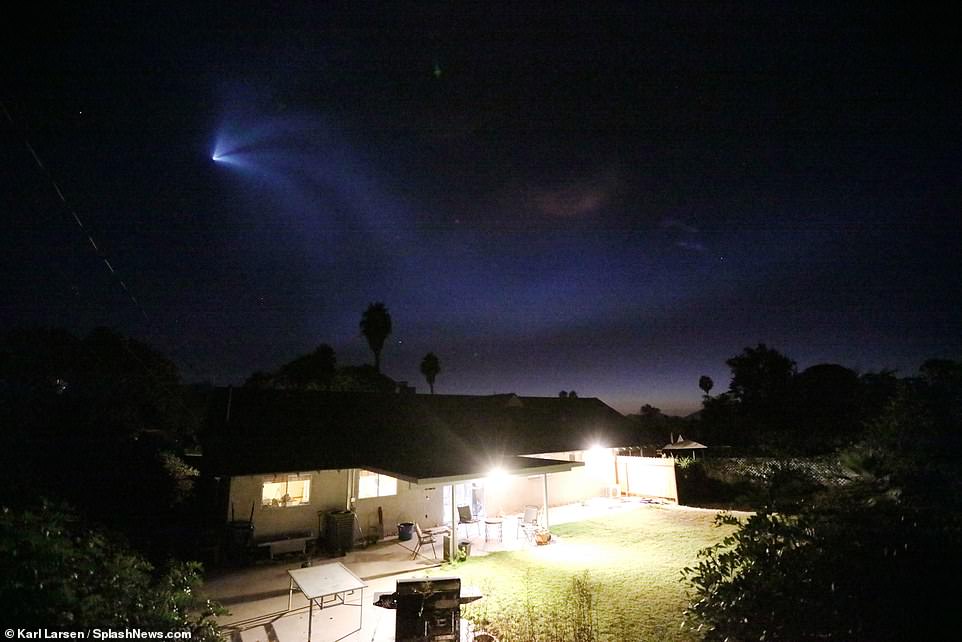 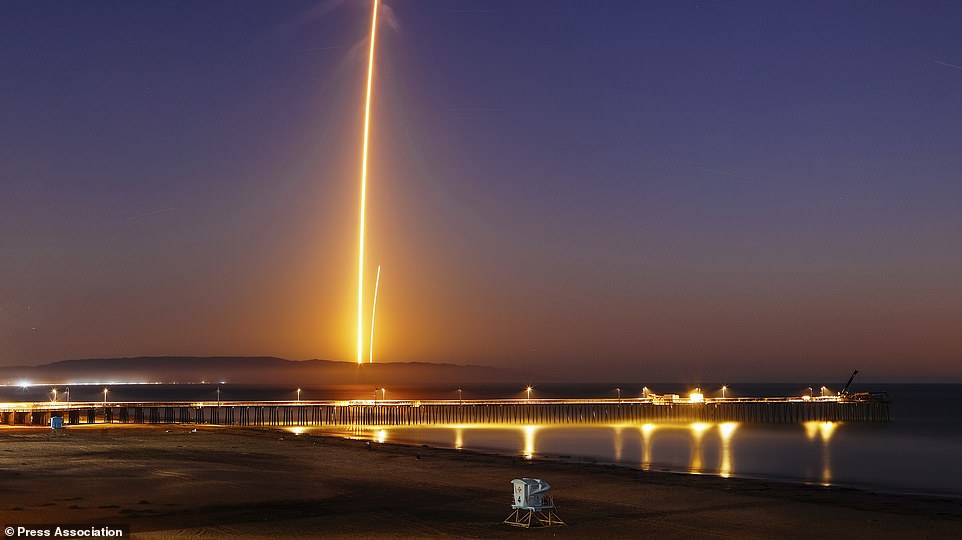 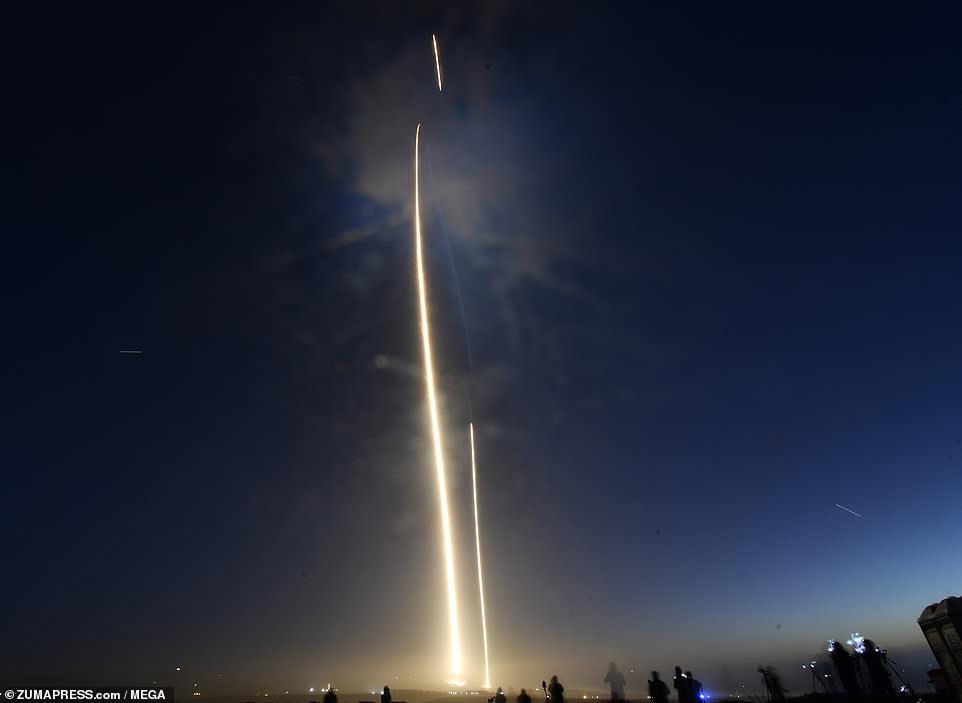 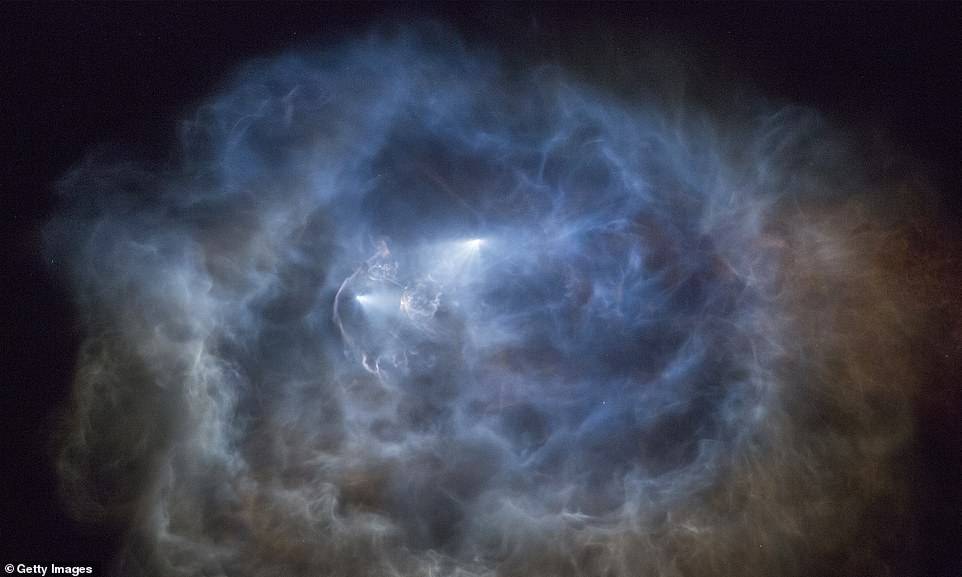 SpaceX had previously flown first-stage rockets back to land after Florida launches but had not done so on the West Coast. Pictured: The rocket separates from its launch vehicle