The coastguard were called to a British trawler off the Cornish coast on Sunday morning, after the crewman was attacked attempting to get the porbeagle shark back into the sea. 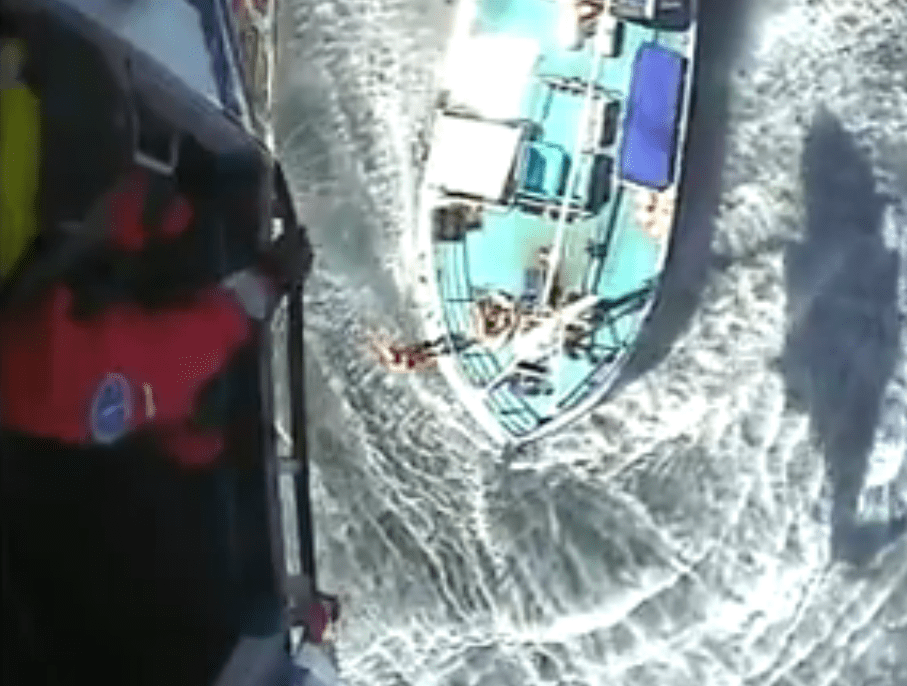 The 21-year-old was airlifted from the Govenek of Ladram to hospital in Truro by coastguard helicopter.

Coastguards confirmed it happened on Sunday morning, about 110 miles west of the Isles of Scilly – after the vessel left port at Newlyn, Cornwall.

Paramedic winchman, Julian 'Bungi' Williams said: "The crew had done a really good job of dressing the wounds before we arrived which meant that we were able to save time getting the casualty to Treliske hospital.

"We understand that the porbeagle shark was on the deck when the incident happened but as the crew were attempting to put it back in the sea when one of the fishermen was bitten in the process."

Do you know the man bitten by the shark? Get in touch at [email protected] 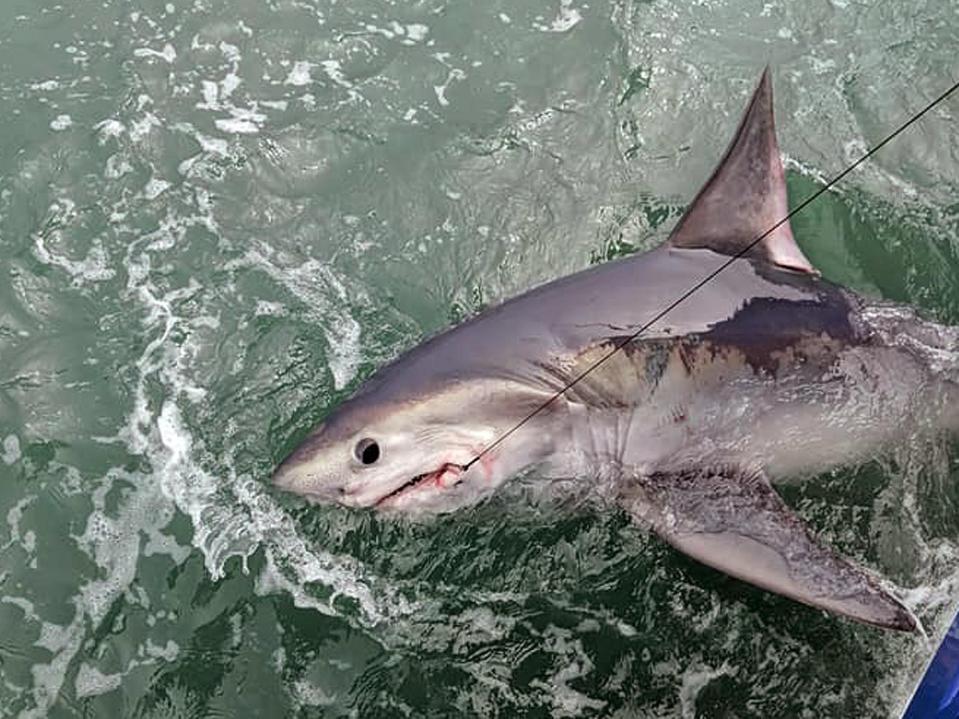 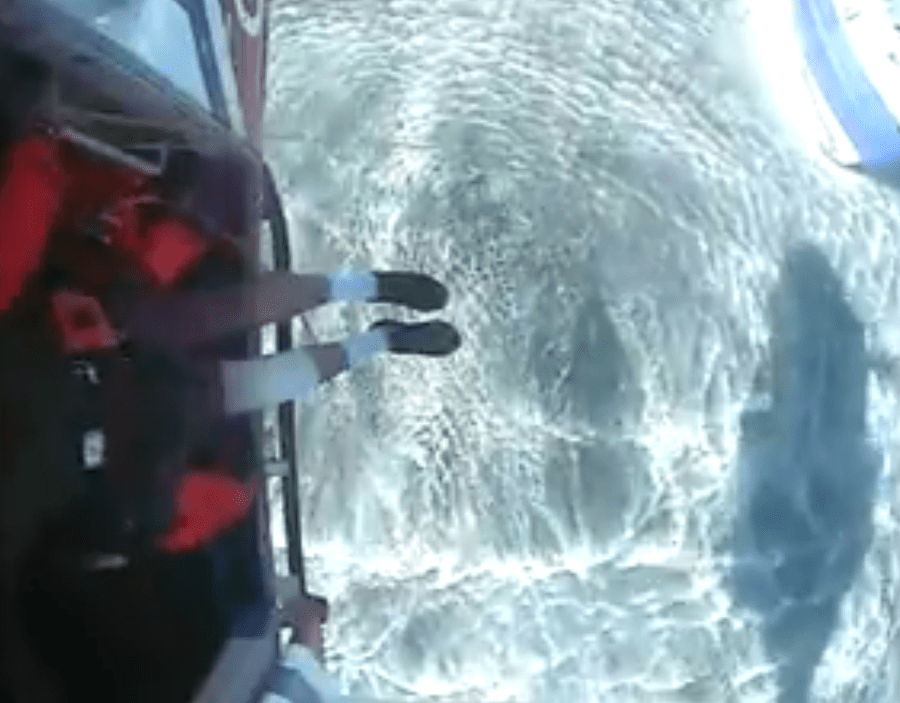 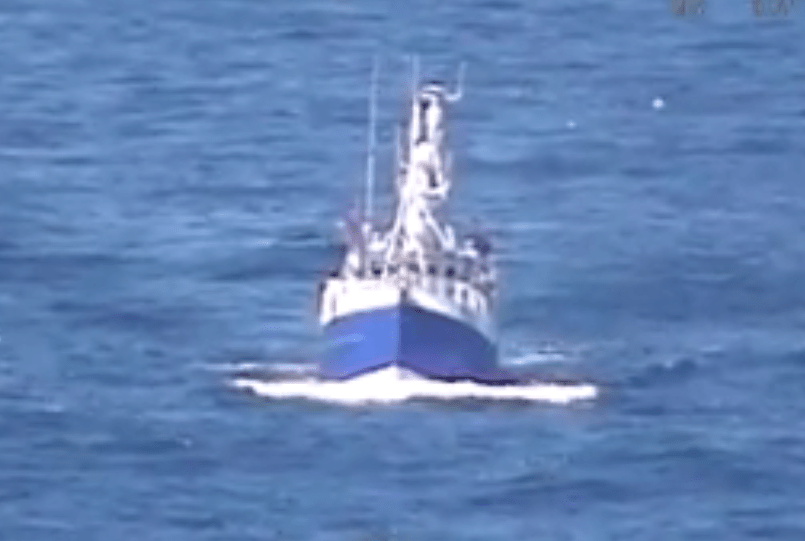 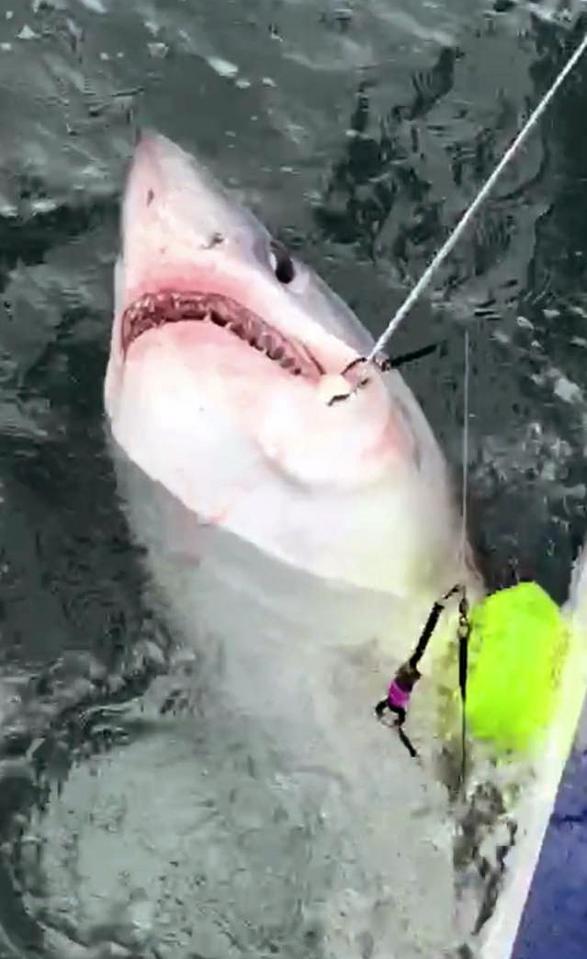 The fisherman is understood to still be in hospital after being bitten by a porbeagle sharks – which can grow up to 12-feet in length.

A spokesman for the Coastguard earlier said: "A search and rescue helicopter from Newquay was sent to airlift a crewman from a fishing vessel suffering from shark bites – possibly a Porbeagle shark – that was brought on deck on the vessel’s nets.

"The vessel was 107nm west off Lands End.

"We got the call at 7.30am from South West Ambulance."

The fishing boat where the shark attacked occurred Govenek of Ladram was featured on Channel Four’s documentary The Catch in 2015.

It carries 40 miles of nets and the crew of 4-6 men fish for monkfish, ray, hake, haddock, cod and turbot – sometimes for days at a time. 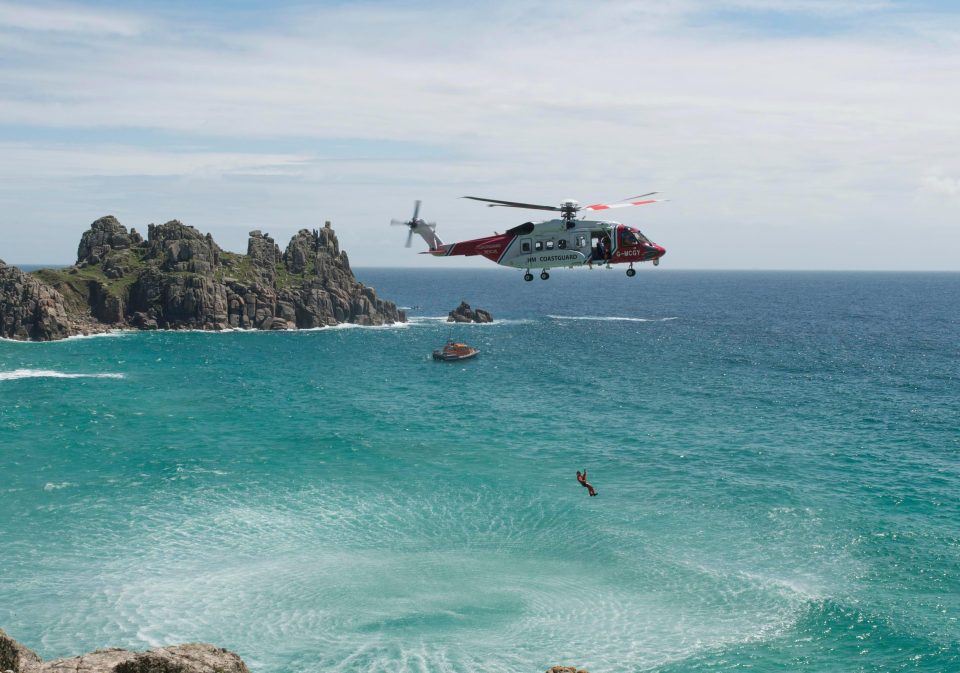 In April two fishermen pulled in a 22 stone, eight-foot long porbeagle, which is related to the Great White, off the Devon coast.

The porbeagle is a cousin of the great white shark, and can weigh over 500Ilbs or 36 stone.

It is one of the most common types of shark to be spotted by British fishermen.

Only a few shark attacks of uncertain provenance have been attributed to the porbeagle.

The International Shark Attack File attributes three bites to this species – one provoked and non fatal – and two on boats.

Last year a probe was launched after a dolphin was washed up on a beach with a giant “shark bite” taken out of its stomach.

The creature was discovered by a dog walker on Polly Joke beach near Newquay, Cornwall.

And in 2016 a "brave" British surfer captured the moment he claims he was stalked by a Great White Shark off the coast of Cornwall.

Jack Buckingham,  filmed the "close encounter" on a GoPro camera, and claimed he was circled for 15 minutes before the apex predator knocked him off his board.