The man can be seen paddling in the water, looking up at shocked witnesses as they peered over London Bridge at him this morning. 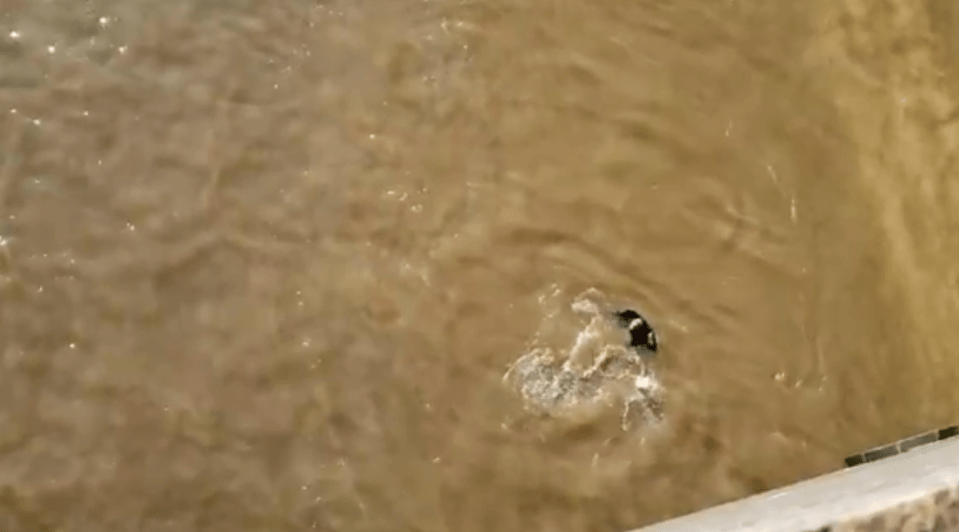 The fully-clothed man appears to take his time in the water, with a man behind the camera yelling at him "get out of there".

But the suspect simply paddles up and down in the brown water as emergency services rush to the scene at the southend of the bridge this morning.

The chaos unfolded earlier this morning when van had crashed into several vehicles – including a double decker bus.

Met Police confirmed they had been called to the scene about 8am, with a spokesperson saying: "The van collided with a number of vehicles including a bus before the driver made off on foot. 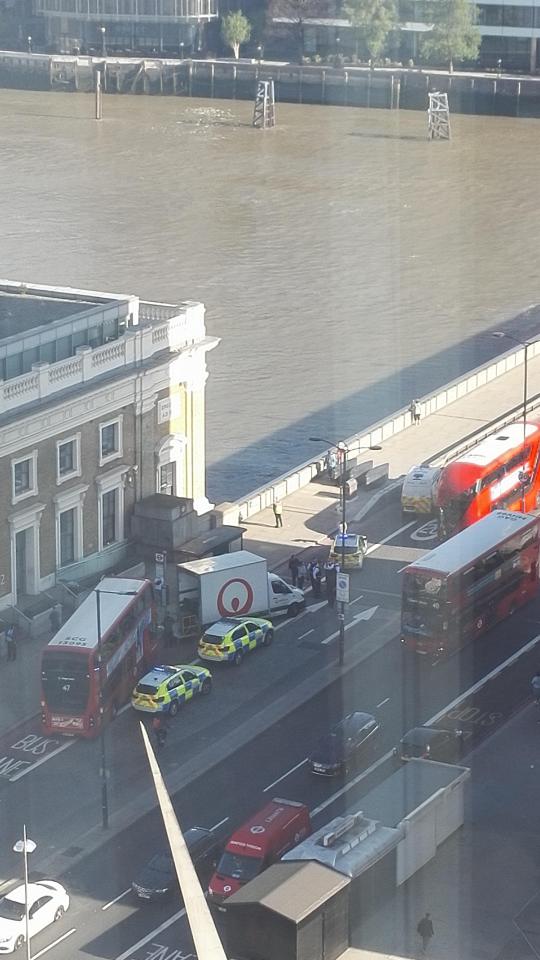 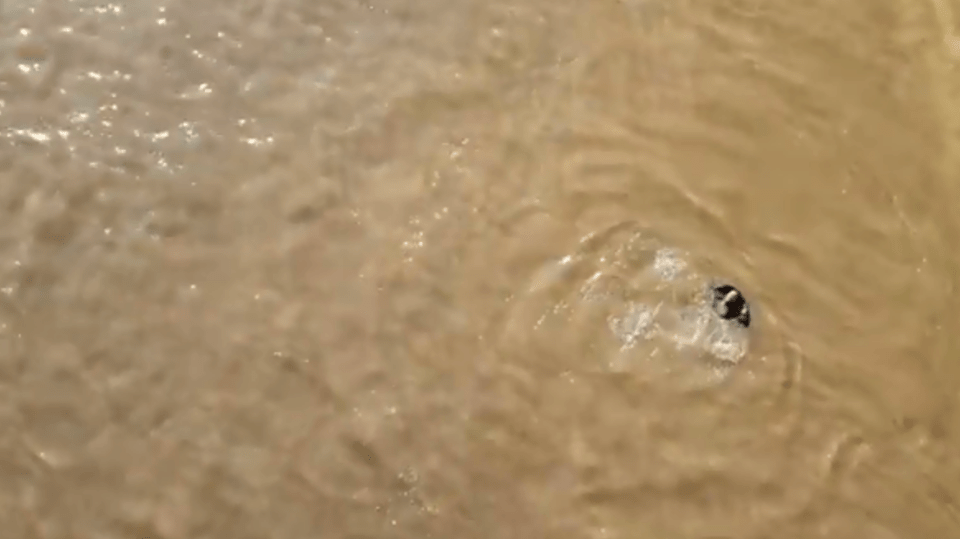 "The driver, a man, fell into the river Thames from London Bridge."

The suspect was arrested on suspicion of theft of a motor vehicle after getting out of the water, with photographs showing the chaos unfolding on the bridge.

Lisa, who was woken up by the van being stolen near her home in Rotherhithe at about 8am, said she was stunned to see the events on London Bridge.

She told the Sun Online: "We were asleep and heard the bang on our garage, we were thinking someone was trying to break into the garage. 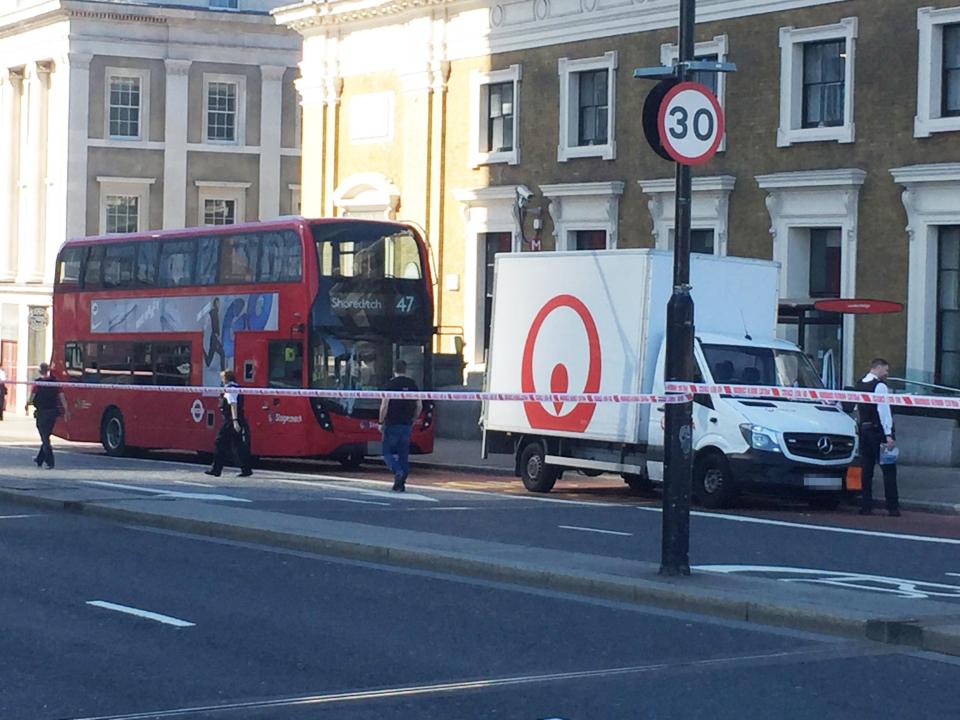 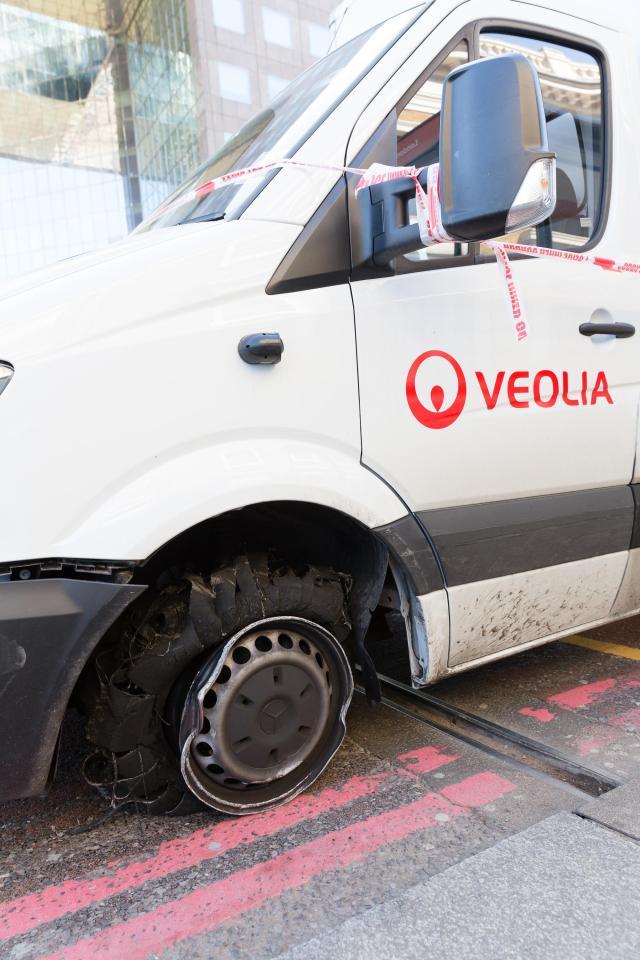 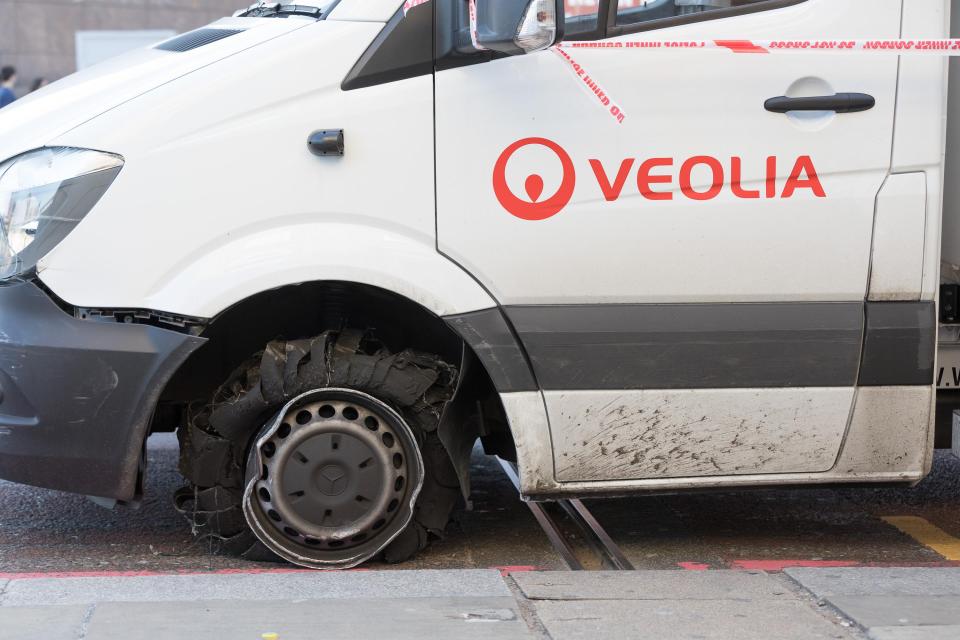 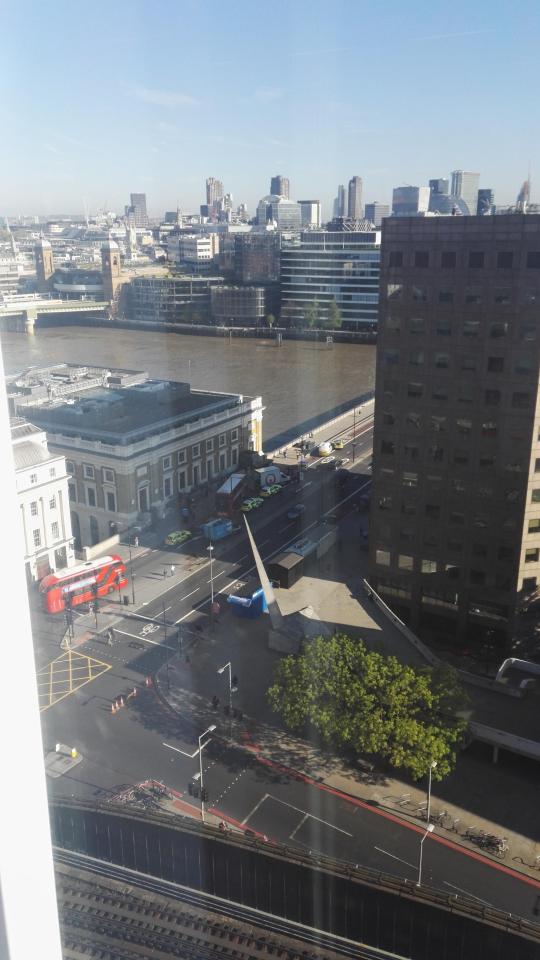 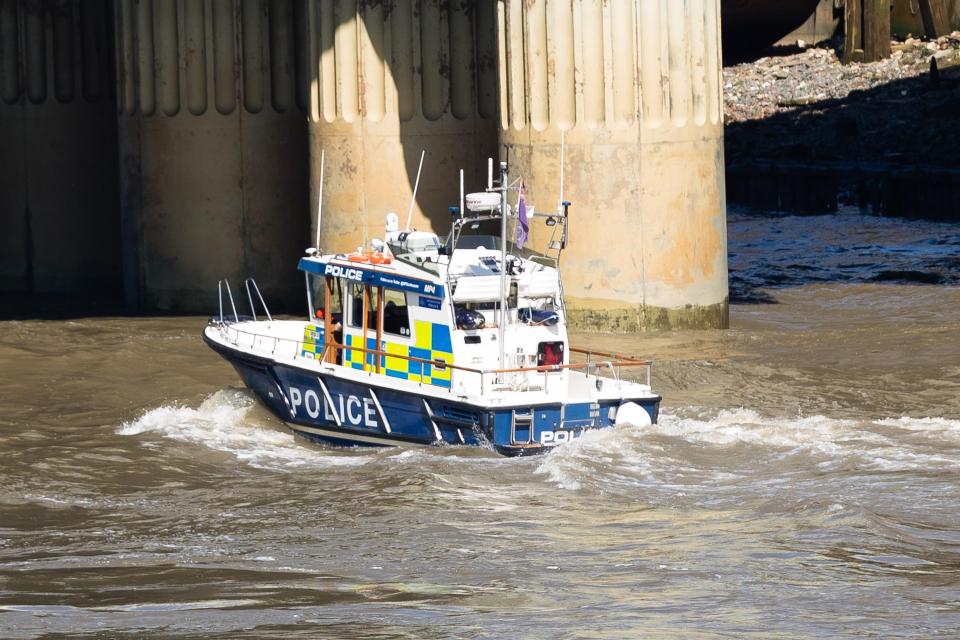 "When we got to the window we could see him speeding off with the van.

"As he's turned the van around to try and get out of the estate he hit our car."

She added cops confirmed the same driver had been arrested on London Bridge.

The suspect was treated at the scene by paramedics, and is expected to be taken to hospital.

He has been arrested on suspicion of theft of a motor vehicle.

The bridge has since re-opened.

Local officers, including those from the Marine Policing Unit, the Coastguard and London Ambulance Service attended.

Police confirmed that the incident was not terror-related.