Virgin mobile has been branded ‘despicable’ after getting a debt collection agency to chase an 88-year-old dementia sufferer for a £38 bill.

Kenneth Harkins, from Edinburgh, was on a £10-a-month rolling contract but as his conditioned worsened he stopped using his mobile.

His family say Virgin refused to cancel the contract unless they could get Mr Harkins’ account password – which he could not remember because of his dementia.

When the exasperated family went ahead and cancelled the direct debit, Virgin responded by passing the matter to a debt collection firm. 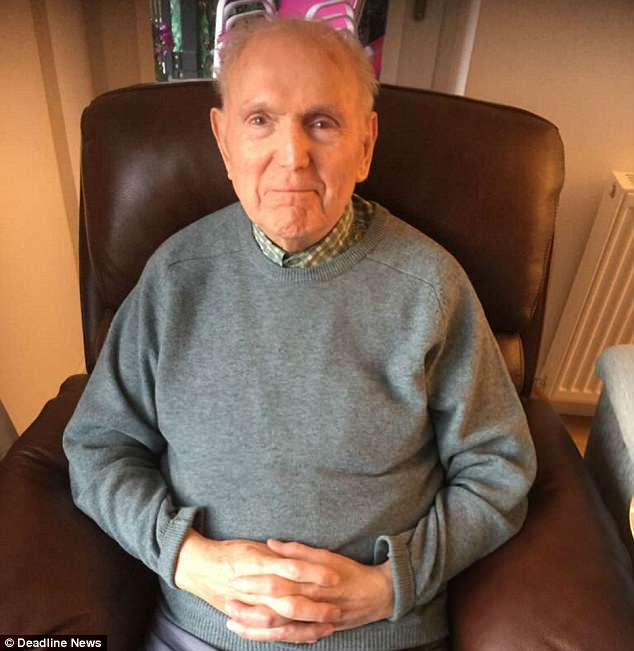 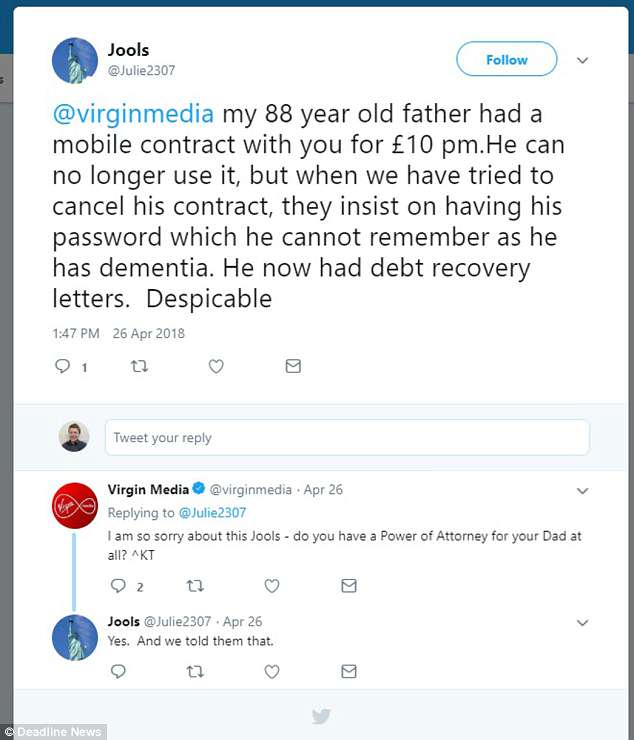 They have put a ‘default’ against the pensioner’s credit file and written two threatening letters, one of which warns him of ‘further debt recovery action’ if the £38 bill remains unpaid.

However, today Virgin Mobile, who said they tried to contact Mr Harkin and his family several times, said they have looked into the case, and cleared the balance on the account as a gesture of goodwill.

Mr Harkins, a former builder and plasterer, his daughter Julie Abu-Husan, and her husband Ali, also from Edinburgh, have tried to negotiate with the firm since October last year.

Julie, 57, eventually took to Twitter, telling the firm: ‘Virginmedia my 88-year-old father had a mobile contract with you for £10 per month.

‘He can no longer use it, but when we have tried to cancel his contract, they insist on having his password which he cannot remember as he has dementia. He now had debt recovery letters. Despicable.’

Speaking today, 57-year-old Julie said: ‘As he was no longer using the phone and had no need for it, we contacted Virgin to cancel the contract.

‘The person we spoke to asked for my father’s password, but of course he had no idea.

‘The virgin employee just kept repeating that he must be given the password and could offer no further help or discuss anything with us. My father then started receiving letters from a debt recovery company for £38.’

Ali, 58, added: ‘I don’t understand why they are chasing him for such a small amount.

‘We tried to explain it to them, and they just wouldn’t listen. I mean he is a pensioner, and they were asking for a letter from a doctor to prove he had dementia. I mean seriously? Why should I have to provide a letter to prove he is ill?

‘I don’t understand why they didn’t cancel the service, why did they keep it running when we told them we were going to cancel the payment? It doesn’t make sense.’

The first debt letter arrived on March 26 and warned the pensioner: ‘We would like to draw to your attention that our client has registered a default against your credit file in relation to this account. The default may affect your ability to obtain credit in the future.

‘Please do not ignore this letter.’

A Virgin Media spokesman said: ‘As a gesture of goodwill we have cleared the remaining balance on Mr Harkins’ account.

They added: ‘Customers wishing to leave Virgin Media should contact us before they cancel their direct debit to ensure they do not receive any unexpected charges.

‘We pride ourselves in giving all of our customers excellent service. If a customer believes we have made a mistake, we encourage them to get in touch with us so we can investigate.’