Thousands of non-UK citizens in the Armed Forces will have the costs of applying to settle in Britain waived.

The move by the Home Office and Ministry of Defence will save troops from Commonwealth nations £2,389 each, rewarding those who have served in the Army, Royal Navy or Royal Air Force for at least 12 years.

There are more than 10,000 non-UK citizens in the British Armed Forces from countries including Australia, Canada and Fiji.

According to the MoD, many of these troops may consider applying for indefinite leave to remain in the UK when their service ends. 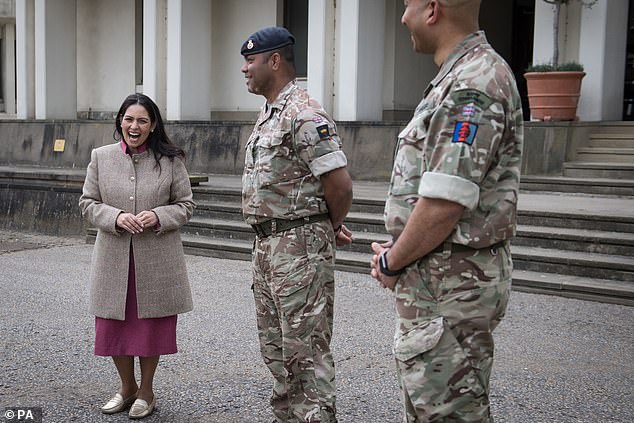 Home Secretary Priti Patel pictured during her visit to Wellington Barracks, central London, to meet service personnel ahead of a public consultation into waiving indefinite leave to remain application fees for non-UK service personnel who wish to remain in the UK after service

Defence Secretary Ben Wallace said: ‘We owe those who showed us loyal service, our loyalty in return. It is right that we recognise their contribution by not only smoothing the pathway to residency and citizenship, but also by lifting the financial cost of doing so after 12 years of service.’

Previously, non-UK troops were given only six weeks to apply for leave-to-remain status.

Under the new plans, troops could use the last two years of their service to ensure all the necessary paperwork is completed. The waiver is unlikely to be extended to the dependants of non-UK personnel.

The breakthrough follows a high profile court case involving eight Fijian troops who served in Afghanistan and Iraq who have been denied indefinite leave to remain in the UK.

They lost a legal battle earlier this year to have their status overturned after claiming, unsuccessfully, that the Ministry of Defence was responsible for bureaucratic errors which adversely affected their applications.

Their case, which was supported by former Army commander and Conservative MP Sir Bob Stewart, triggered a campaign which has finally been recognised by the government. 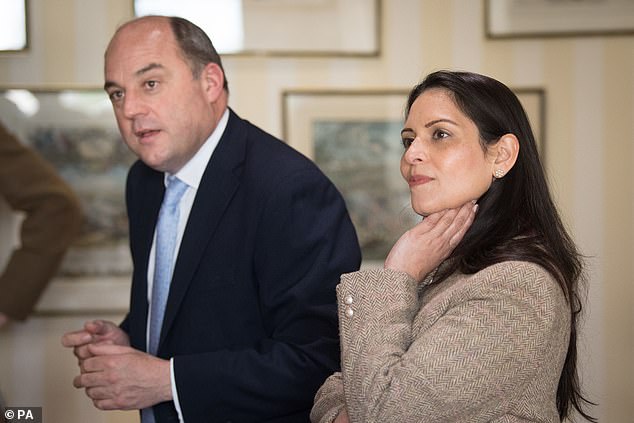 Defence Secretary Ben Wallace pictured with Ms Patel during their visit to Wellington Barracks on Tuesday. The move by the Home Office and Ministry of Defence will save troops from Commonwealth nations £2,389 each

Last night, Home Secretary Priti Patel said: ‘I am immensely proud that brave servicemen and women from around the world want to continue to call the UK their home after their service.

‘It is only right that those who continue to do extraordinary work on behalf of our country are recognised and rewarded, and I am determined to support them settle in our wonderful communities right across the UK.’

The moves are subject to a public consultation period which begins today and runs until July 7th. The policy is likely to come into effect later this year.

Non-UK personnel can still apply for leave to remain after serving a minimum four year period but these application costs would not be covered under the new policy.