Can you see a ghost? Visitor to Henry VIII castle films ‘a spooky figure with glowing eyes’ lurking in the window

This is the eerie moment a personal trainer spotted ‘a spooky figure’ lurking in the window of a 16th century castle.

Tony Ferguson, 33, said he saw a silhouette with glowing eyes during his latest visit to Hurst Castle in Hampshire.

In footage of the ghostly moment, a grey figure appears to move closer to the window – looking out from inside the castle. 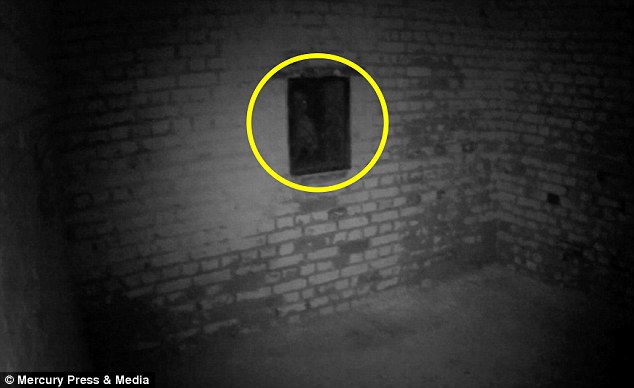 The apparent ghost then quickly withdraws back inside, but something can still be seen moving in the window.

Mr Ferguson immediately tried to debunk the encounter as someone playing a prank, but said he discovered that the window is only accessible through a tunnel ‘as narrow as a snooker cue’.

He now believes the apparition is the spirit of a former castle caretaker that he reportedly encountered on a previous visit to the artillery fort.

Mr Ferguson said: ‘I didn’t see the figure until I watched the footage back but the whole time I was in the castle I felt something watching me. 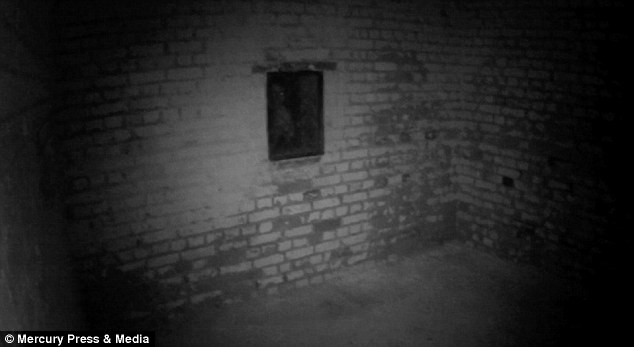 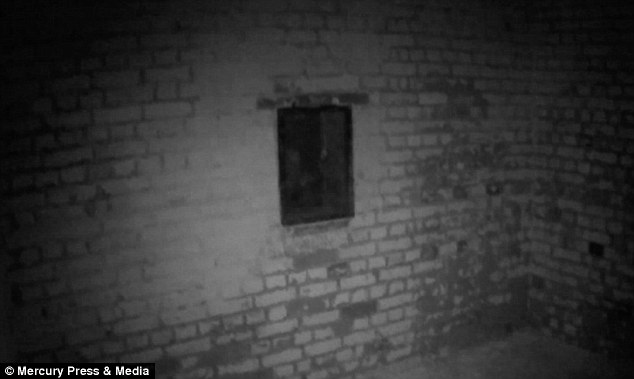 ‘While we were there I really felt like something was following me from room to room but your mind can play tricks on you so I tried to ignore it.

‘But when I watched the video back I was shocked. It’s quite a scary looking figure.’

On his prior visit to the castle, which was established by Henry VIII between 1541 and 1544, Mr Ferguson and psychic Paul Cissell reportedly encountered an eerie white mist.

He said: ‘I just knew something had been in the room with me and to see it manifest itself like that is incredible.

‘I think it is the same spirit I encountered before at the castle. Last time I visited, it appeared like a white mist but this time it obviously had the energy to actually take form. 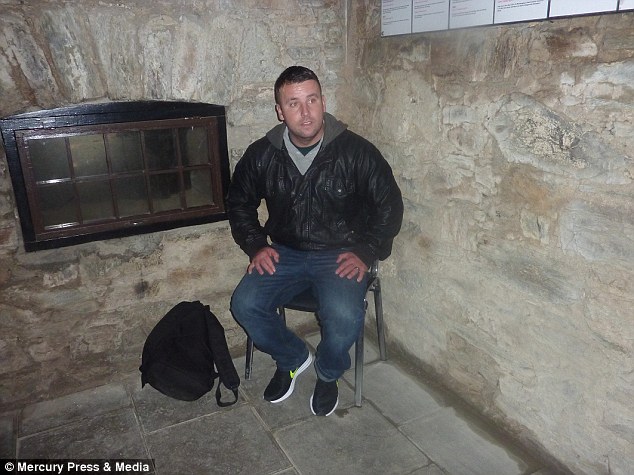 Mr Ferguson claims he encountered the same ghost on a previous visit, when white mist flew at his camera 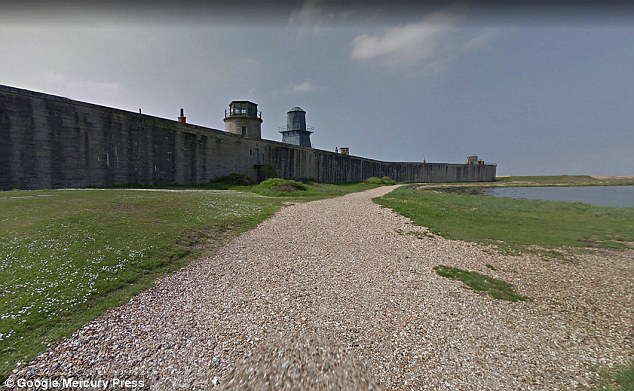 ‘When I encountered the spirit before I was with Paul, a psychic medium, and we worked out that it is the ghost of a caretaker who used to work at the castle.’

Before the historical site closes for the winter months, he decided to visit one more time.

He said: ‘When I last visited the castle, Paul was in the other room and I was trying to communicate with something. I had felt something come into the room with me.

‘I was asking it to show itself and this white mist flew straight at my camera. You can see it almost reaching out like a hand.

‘After that experience, I knew I needed to return to the castle again. It always closes for the winter months and I couldn’t wait until next year so I went back last weekend.

‘I went in and I was calling out for him to show himself again. I told him that if he could manifest himself for me it could be good for the castle – and he did.

‘I’m really glad I made the effort to go back, it feels like it was meant to be.’