The Kremlin reportedly took the decision to block five zones in the Black Sea totalling 118,750 square kilometres – over a quarter of the area. Moscow held its annual Navy Day show over the weekend, which included a military drill in Sevastapol, the largest city on the Crimean Peninsula and a major Black Sea port. Now, Ukrainian media report that access to the Black Sea will be limited until August 19, due to Russian “combat training” and a “danger to navigation”.

Russian officials have not yet commented on the reports, which could be set to anger US allies in the region.

The vast swathes designated for Russian use include international shipping routes, which could now be out of use until late next month.

The Ukrainian Military Portal reports that there are hardly any ground or sea units that require such an area to carry out training activities – however complex.

Russia also reportedly lacks the number of vessels to successfully cover the full area and co-ordinate the training. 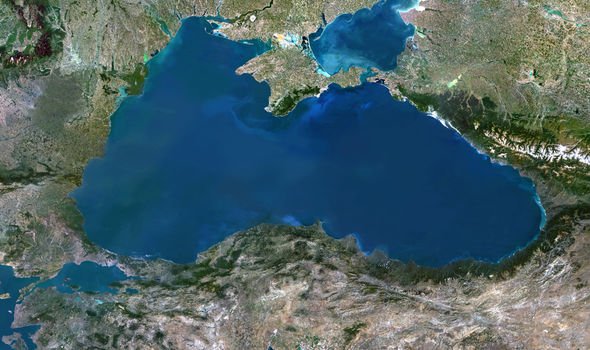 It is thought, therefore, that the Kremlin is not actually interested in military drills, but instead is aiming to send a message with its decision.

The Ukrainian Military Portal’s editorial board wrote: “Therefore, it is worth considering these actions as another act of hybrid aggression at sea.

“It is now not only against Ukraine but also other countries of the Black Sea region.”

This is not the only recent provocation from Moscow in the Black Sea, though.

Last month, Russia also blocked 8000 square kilometres that make up one of the sites used for NATO navy exercises.

On the eve of the Sea Breeze 2019 joint military exercises – carried out by Britain, the US, Bulgaria, Romania and Georgia – Russia set aside the designated waters for their own drills.

The decision also comes just days after Russia clashed with Ukraine in the Black Sea. 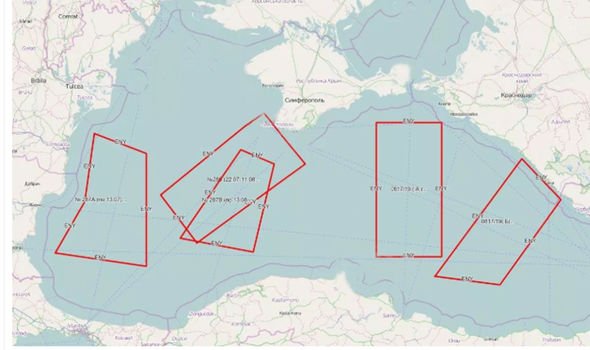 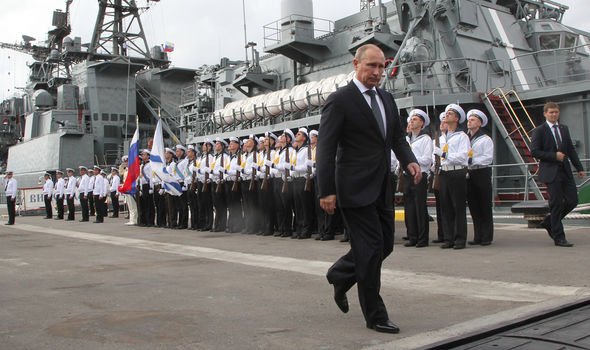 The Russian foreign ministry called the incident a “gross violation of international law” and said that “consequences will not be long coming”.

Ukrainian authorities said that the tanker blocked the three vessels while Russian fighters boarded them.

The incident cemented Moscow’s control of the Sea of Asov, which is enclosed by Crimea, Ukraine and Russia.