Mexico City: Ash spewing from the Popocatepetl volcano has reached the southern neighbourhoods of Mexico's capital. 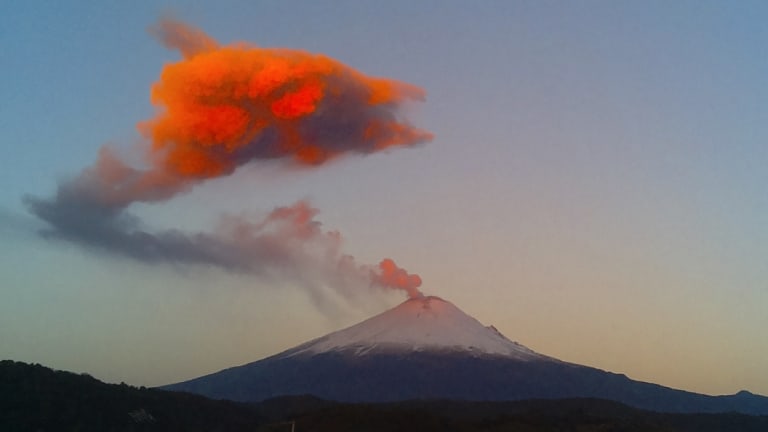 Ash and steam rise from the crater of the Popocatepetl volcano, seen from the town of San Nicolas de los Ranchos, Mexico, in 2015.

The National Centre for Disaster Prevention started warning people on Saturday to stay away from the volcano after activity picked up in the crater and it registered 183 emissions of gas and ash over 24 hours.

The centre was monitoring multiple rumblings and tremors. Images on social media showed thin layers of ash coating car windshields in neighbourhoods of Mexico City such as Xochimilco.

Geophysicists have noticed an increase in activity at the volcano that sits 72 kilometers south-east of the capital since a 7.1-magnitude earthquake rocked central Mexico in September 2017. The volcano known as "Don Goyo" has been active since 1994.