This is the shocking moment a VW car appears out of nowhere crashing into driver, 46, while on his way to work in Stockport, Cheshire.

The car tried to push him into the crash barrier only to lose control and end up there itself.

The Passat spins into the barrier crushing the front of its car as he worker immediately pulled up on the hard shoulder and phoned the police.

He said: ‘I was approaching the M56 and once I’d overtaken the BMW. I noticed the 40mph sign was flashing in the distance which usually means there’s a queue ahead so wanted to be in the inside lane.

‘I’d lost sight of the Passat who was behind me and as I was looking over my right shoulder, he hit my car from the left and then appeared to try to push me into the off-side crash barrier. 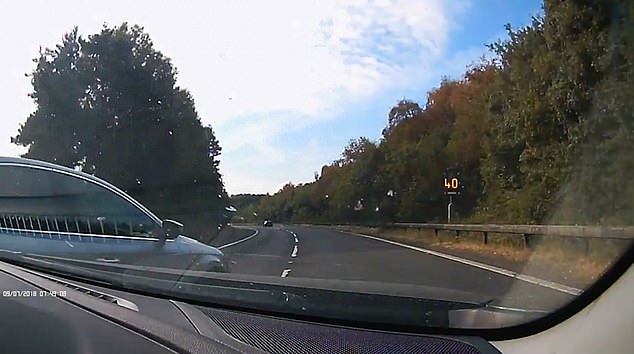 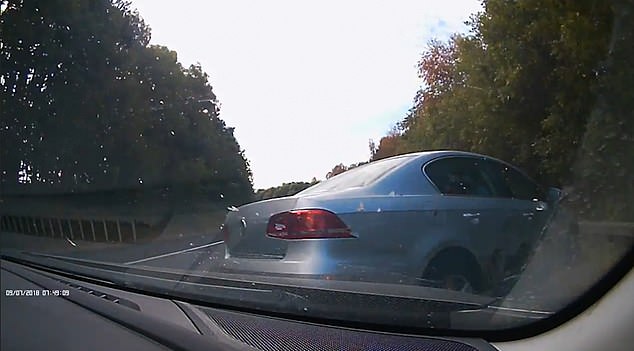 ‘I genuinely thought it was deliberate so, I was really scared, very shaken and called the police as soon as we’d stopped.’

‘The other drivers response was weird. He wouldn’t get out of his car and wouldn’t exchange details. The only thing he kept shouting was ‘F*** off’.

‘I’d already called the police but they wouldn’t attend as there were no injuries. Once the HATO (Highways Agency Traffic Officer) arrived, he persuaded the driver to exchange details advising him it was a criminal offence not to do so.

‘Since my car wasn’t badly damaged, the HATO told me I could leave.’ 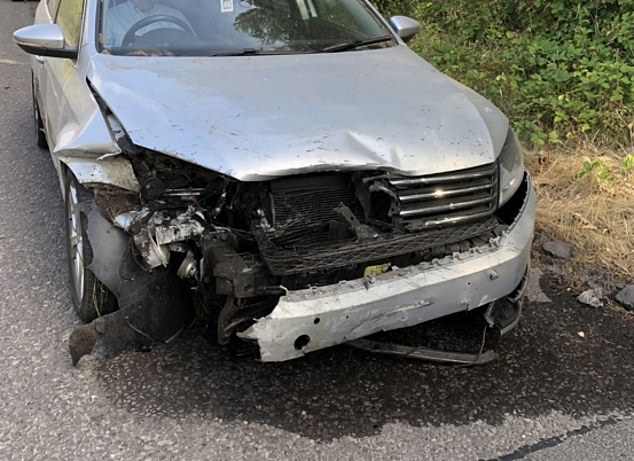 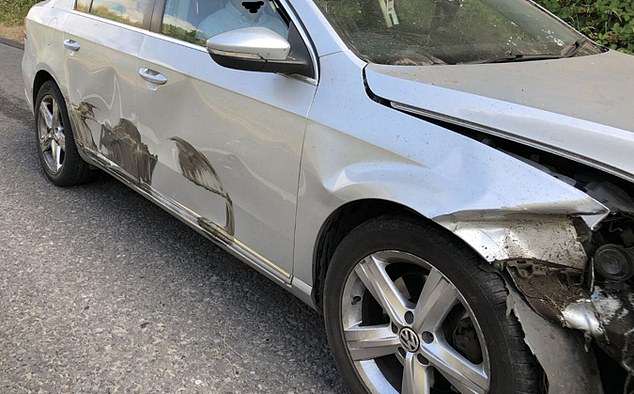 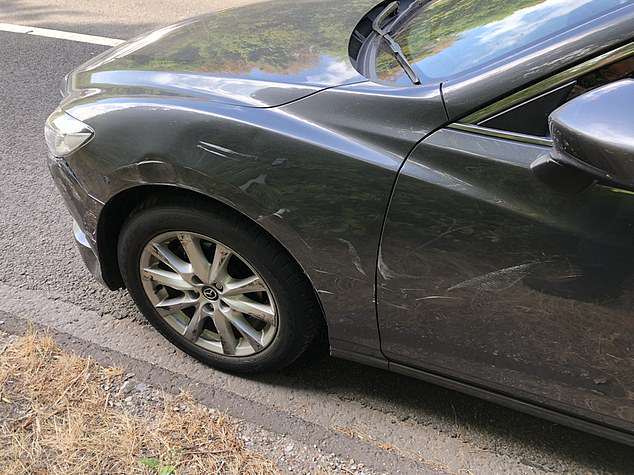