A VULNERABLE woman who shielded for nine months due to Covid was hit and killed by a lorry after leaving home for the first time.

Sarah Lewis became distracted while untangling her face mask as she stepped into the road in Weymouth, Dorset, last year. 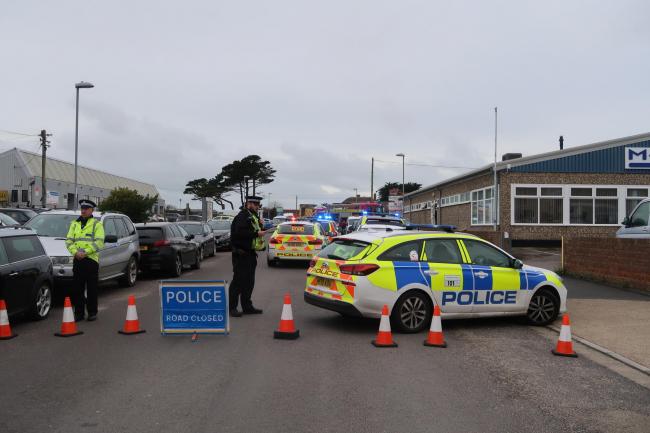 At that moment a lorry reversed onto the street and struck the 62-year-old.

She became trapped under the vehicle and was later pronounced dead at the scene.

An inquest heard that Ms Lewis was classed as clinically vulnerable during the pandemic and spent nine months at home.

On November 16, she finally left her house to drop her car off for an MOT at a garage.

After waiting for a taxi, she crossed the road while trying to disentangle a mask from her handbag.

It was then she wandered into the driver's blind spot as he reversed.

Lorry driver Karl Stanton said he turned off the radio, checked his mirrors and the road around him but did not see Ms Lewis.

He said he had been forced to reverse because there were too many parked cars on the street in Lynch Lane.

He said: "On that day I just could not see anybody at all."

PC Leanne Steedman said that from the CCTV footage, Ms Lewis seemed to be "in a world of her own" as she handled her mask.

And PC Kelvin Edge, a forensic collision investigator, said Ms Lewis seemed unaware of the lorry until it was too late.

The driver had very few options, according to PC Edge, and he would have done the same manoeuvre, he said.

Coroner Debbie Rookes told the Bournemouth inquest that there was no evidence Ms Lewis intended to take her life and that it appeared she was completely unaware of the lorry’s presence.

She concluded that Ms Lewis died from injuries caused by the accident and gave her condolences to the victim's family.

She also stated she would be writing to Transport Secretary Grant Shapps to ask him to consider making rear-view cameras on the back of large goods vehicles mandatory.