War over Theresa May’s key EU aide: PM’s inner circle back mandarin who dreamt up exit plan but Brexiteers warn he could bring her down 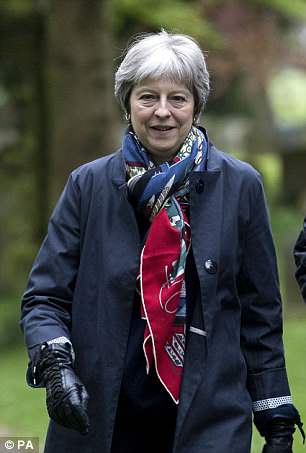 Theresa May, whose close allies were forced to defend the civil servant who dreamt up her controversial plan for Britain’s exit from the customs union

A string of Theresa May’s close allies were last night forced to defend the civil servant who dreamt up her controversial plan for Britain’s exit from the customs union.

They spoke out in support of the PM’s Europe adviser Olly Robbins after Eurosceptics warned his EU ‘customs partnership’ proposal was unworkable.

Critics said Mr Robbins’ solution for keeping goods flowing freely between Britain and the EU could lead to the UK staying in the customs union by the back door.

As tensions reached boiling point yesterday, a friend of Brexit Secretary David Davis warned Mrs May she could be ousted like Margaret Thatcher if she pushes ahead with the idea.

The Prime Minister’s Brexit ‘war cabinet’ will decide on Wednesday whether to endorse Mr Robbins’ proposal.

Tory Chief Whip Julian Smith and the PM’s chief of staff Gavin Barwell defended Mr Robbins – increasing concerns Mrs May could use her casting vote on the Cabinet’s Brexit sub-committee to endorse the plan.

The message was approvingly retweeted by Mr Barwell. 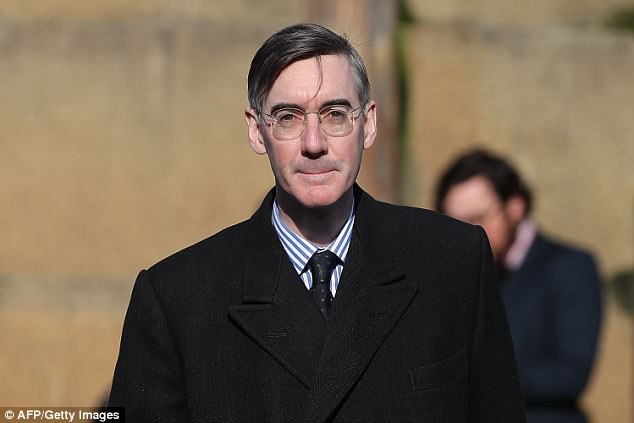 Under the ‘customs partnership’, the UK would collect EU tariffs on goods entering the country and pass them on to Brussels.

If the UK set lower tariffs then firms would get a rebate on the difference.

Eurosceptic Jacob Rees-Mogg last week branded it a ‘completely cretinous’ proposal and ‘the silliest thing I could possibly think of’.

Ex-Tory leader Iain Duncan Smith has raised concerns the plan could lead to the UK remaining in the customs union by the back door as it was likely to ‘collapse’.

Leading Brexiteers including Boris Johnson, Liam Fox and Mr Davis are also said to harbour concerns about the proposal, which is one of two options under consideration for customs arrangements.

An ally of Mr Davis compared Mr Robbins to Sir Alan Walters, the unelected adviser who alienated Mrs Thatcher’s cabinet, setting in train the events that led to her downfall.

He told The Sunday Times: ‘She should have a look at the history books and the case of Alan Walters.

‘When prime ministers start following the advice of unelected advisers rather than her ministers, trouble follows. That way lies risk for her personally.’

He told the BBC’s Sunday Politics: ‘We would still be the tax collector for the European Union and that’s not acceptable.’