The thugs from Majorca, Spain, are said to be at least 18 years-old and target people looking worse for wear.

The 20 youngsters split up into groups of five or six when stalking the coasts of Magaluf on Friday and Saturday nights.

Spanish Civil Guard cops said the group barge tourists before stealing their backpacks, wallets and jewellery, and will attack those who resist.

Cops believe the thugs refer to their stealing sprees as "Make a Maga" and prefer to rob along the Punta Ballena strip.

Although there were a number of incidents reported last year, this summer's escalation has been described as a "new phenomenon". 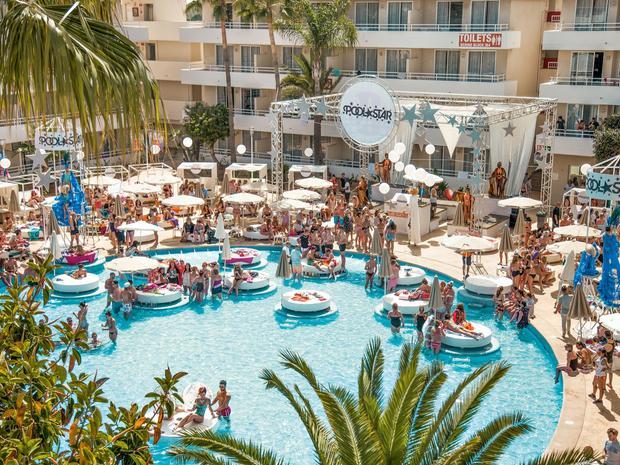 Locals are said to be pushing authorities to take action in the same way as they did on prostitution and bottle parties.

Calvia council and the Civil Guard have pledged to change the image of the resort, with more patrols and new fines.

Last month eight fines were dished out to those who had sex on public roads, and 31 for those who drank alcohol in public spaces.

This warning comes weeks after a Brit holidaymaker's "sleeping in the road" prank backfired horribly when furious drivers got out and attacked him.

Police in Ibiza are now investigating the brutal assault on the man who caused a massive tailback by pretending to be asleep in the street.