Washington DC was pounded by up to four inches of rain in 60 minutes yesterday causing “life-threatening” conditions for people caught in flash floods. The torrential downpours saw 3.3 inches of rain (8.4cm) fall at Reagan National Airport between 1pm to 2pm BST (9am to 10am) on Tuesday, smashing the previous 2.2 inches (5.6cm) weather record set in 1958. Firefighters had to rescue several drivers trapped in cars around the USA capital city using yellow rubber lifeboats. DC Fire and emergency services later said it had saved the lives of 15 drivers.

Terrifying scenes of rapid-moving water sweeping through streets were filmed by people stuck inside their home such as @Sue_the_jew on Twitter.

She wrote: “There is a river in my side yard right now. Flash Floods are for real not a joke.”

The extreme weather saw water poured through the ceilings of Subway stations, while major tourist attractions such as the city’s museums and war memorials were shut.

The National Archives building, home to historical documents as The Declaration of Independence, was flooded causing the power to fail and people to be evacuated. 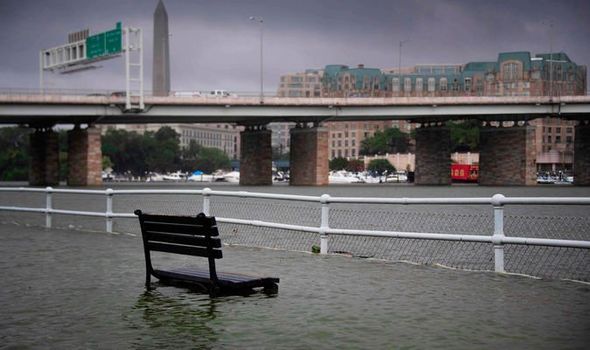 However, the US National Archives later tweeted all the valuable records were “safe and not in any danger”.

Amtrak stopped running all its trains south of Union Station while there were huge traffic delays on roads not hit by flooding.

The White House was even impacted by water seeping into the basement used by journalists. 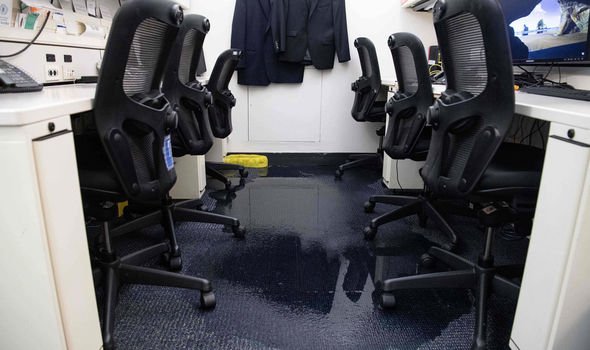 He said: “They broke their daily record in an hour.”

The torrential downpours were caused by a slow-moving rainstorm moving through Maryland and northern Virginia. 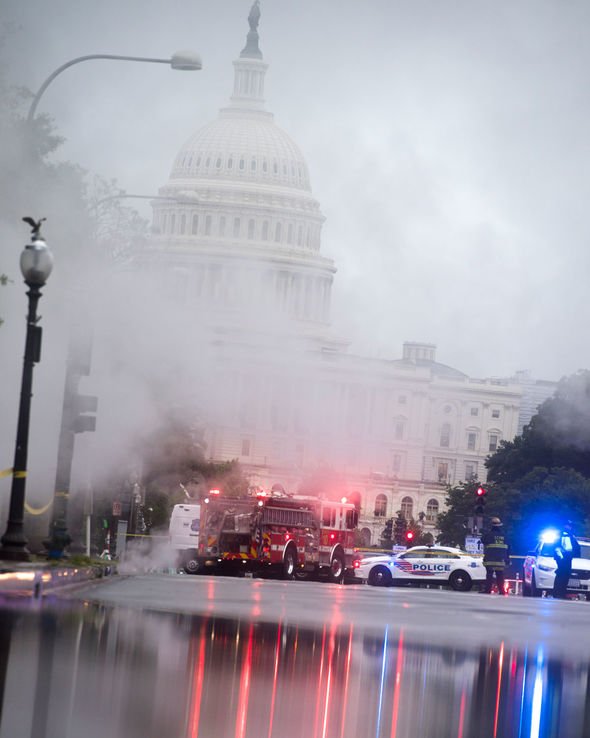 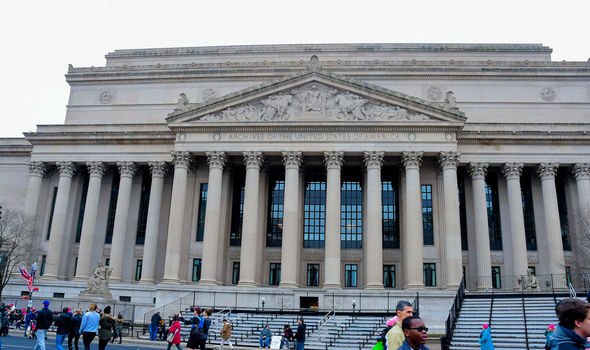 Higher rainfalls were recorded outside of Washington D.c.

The rainfall has now stopped but forecasters are keeping a close eye on the situation.