KABUL (Reuters) – The strength of the embattled Afghan defense forces has declined to its lowest level in four years, a U.S. watchdog said on Thursday, as talks between Washington and the Taliban continue over the possible withdrawal of foreign troops. 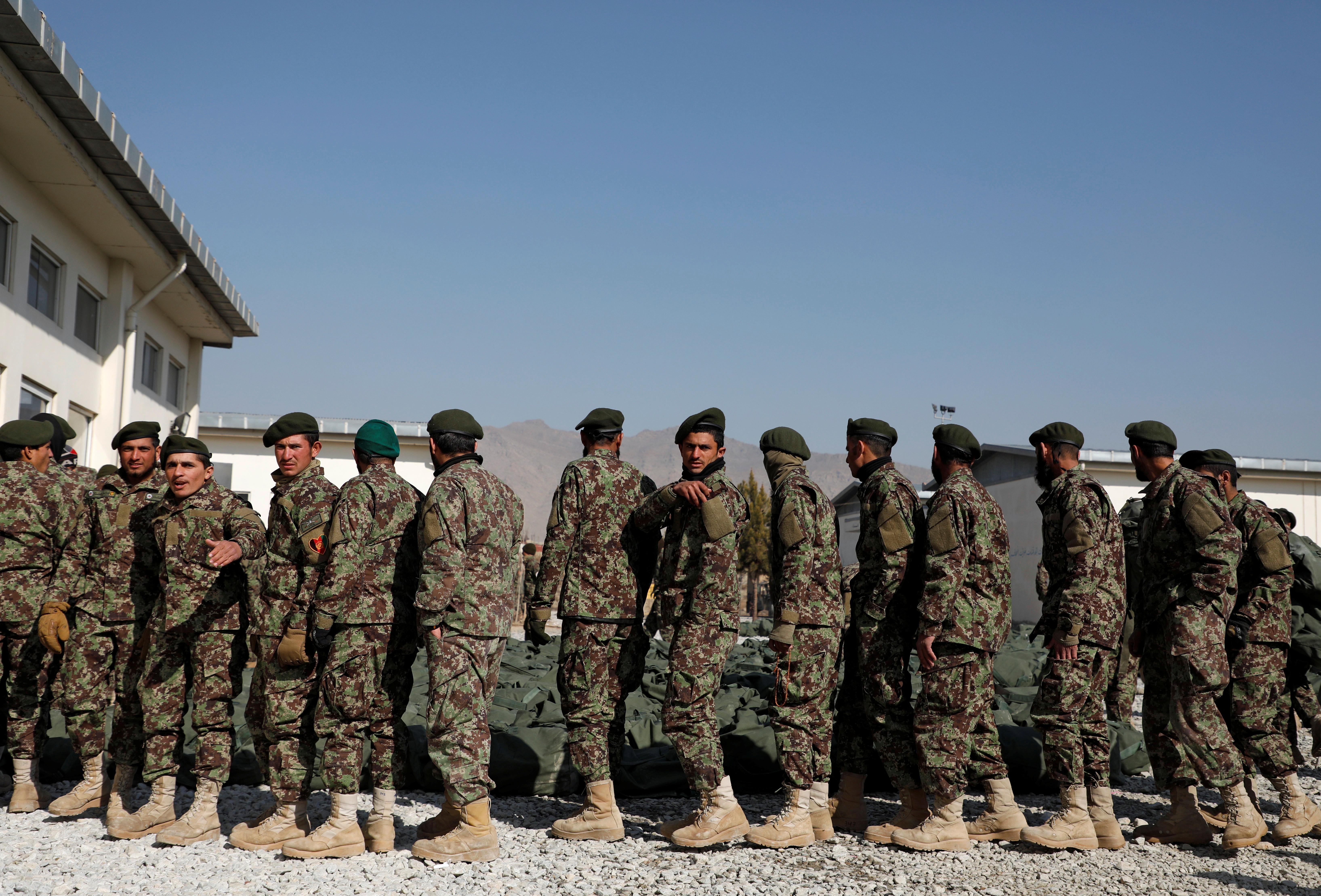 The negotiations, due to resume in Qatar on Feb. 25, are centered on a possible ceasefire and the withdrawal of thousands of U.S.-led NATO forces. Many obstacles remain before that would be possible but an eventual pullout would place the Afghan defense forces under even more pressure.

The latest quarterly report by the U.S. Special Inspector General for Afghanistan Reconstruction (SIGAR) noted that the control of Afghanistan’s territory and population “became somewhat more contested (and) Afghan government control or influence continued to decline”.

It put districts under government control or influence at 53.8 per cent covering 63.5 percent of the population by October 2018, with the rest of the country controlled or contested by the Taliban.

The hardline Islamist group has been unable to seize a major Afghan city but has stepped up pressure in rural areas and is now more powerful than any at other time since they were toppled by U.S.-backed Afghan forces in late 2001.

SIGAR cited a U.S. Forces-Afghanistan report that the Afghan National Defence and Security Forces had decreased to 308,693 troops, or 87.7 per cent of its assigned strength, the lowest since the creation of NATO’s operation to train, advise and assist Afghans in January 2015.

The United States has some 14,000 troops in Afghanistan as part of the NATO-led Resolute Support mission and a separate counter-terrorism effort largely directed at groups such as al Qaeda and Islamic State.

Some 8,000 troops from 38 other countries also participate in Resolute Support.

The report did not detail the reasons for the decreasing numbers and the Afghan government does not publish casualty figures. However, security analysts say that re-enlistment and unauthorized absences remain major problems.

President Ashraf Ghani said in Switzerland last week 45,000 members of the Afghan security forces had been killed since he took office in 2014, a figure analysts said helped explain morale problems.

“That number indicates that in those roughly 53 months, around 849 Afghan security personnel have been killed per month on average,” SIGAR said.

SIGAR also released figures suggesting the recruitment and retention of women in the national defense and security forces was a significant challenge.