KUALA LUMPUR (Reuters) – Fahmi Reza was once sentenced to jail in Malaysia for portraying former prime minister Najib Razak as a clown. That image has now been updated and re-posted with “GUILTY” written across Najib’s eyes in red. 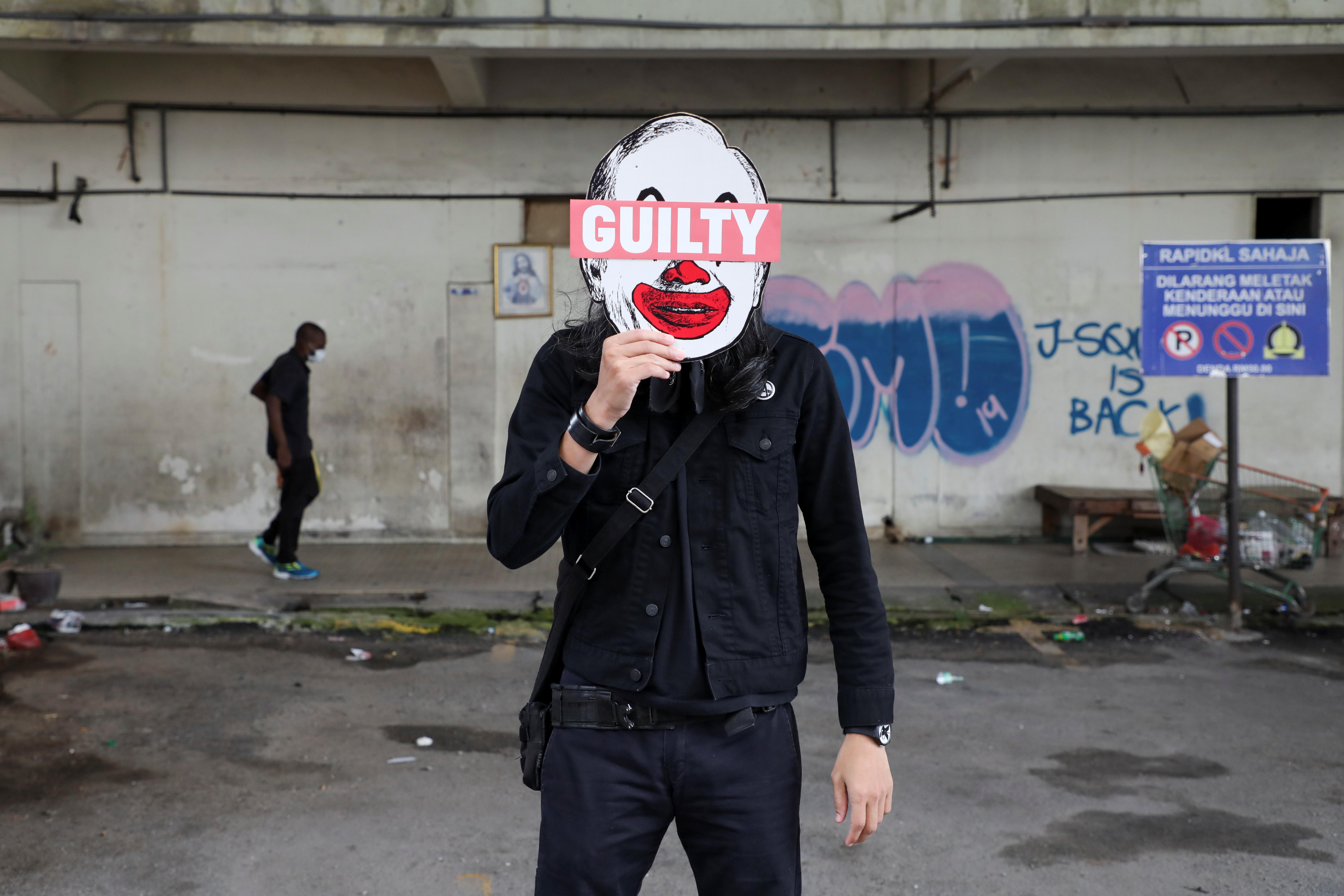 As Najib was sentenced to 12 years in jail on Tuesday in the first verdicts against him related to the multi-billion dollar scandal over the 1MDB state fund, Fahmi was among the critics, investigators and journalists who welcomed it with relief.

“When he was still prime minister, so many activists were unjustly arrested, charged, convicted and sentenced to jail for speaking out against his corruption and abuse of power,” Fahmi, a graphic designer and activist, told Reuters.

“We finally feel vindicated,” said Fahmi, whose one-month jail sentence for the clown caricature was commuted.

Najib was sentenced to 12 years and a nearly $50 million fine for abuse of power on Tuesday as well as being found guilty of six other charges over accusations of illegally receiving nearly $10 million.

Najib denies wrongdoing over this and dozens of other charges related to the 1Malaysia Development Berhad (1MDB) scandal. Prosecutors say more than $1 billion ended up in his personal accounts.

Najib’s punishments were delayed pending appeal, but the verdict was welcomed by those who once tried to investigate him.

Top officials at the Malaysian Anti-Corruption Commission (MACC) had complained that their investigations into 1MDB had been blocked, with witnesses disappearing and even death threats against them.

“It’s the biggest gift for me at the end of my 37 years of service in the MACC,” said now retired investigator Bahri Mohamad Zin.

“At the time, I really felt alone. Our lawyer was arrested at 1 a.m., my lead investigator was detained, our offices and homes were raided. This was what we had to go through just to do our jobs,” said the former director of special operations at the commission who left his job in 2016 after a decision not to bring charges over 1MDB.

Bahri returned to the commission in 2018 after Najib’s surprise election loss brought in a government that revived the charges.

The fall of that government five months ago for a coalition that includes Najib’s party had raised concerns among his critics that the courts could be lenient – fears assuaged by Tuesday’s verdict.

“Malaysians look to celebrate as the judiciary demonstrates its teeth and impartiality,” commented Tony Pua, another 1MDB whistleblower who is now a member of parliament.

Among those who had investigated Najib, and was called a liar and barred from Malaysia for her articles, was British journalist Clare Rewcastle-Brown, who published ground-breaking reports on the 1MDB scandal on her Sarawak Report website.

“Ultimately the facts were very clear,” she told Reuters.

“It’s a good opportunity for Malaysia to put in place changes that will protect the media and ensure that the public has access to free media that can shine the truth on corruption,” she said.