A couple were left devastated on their wedding day after being told just four hours before they took their vows that the hotel their guests were staying at had shut down.

Adam Bral, 37, and his bride-to-be, Anna Lewandowska, 40, were excited when family arrived in Nottingham from Poland and London for the big occasion.

Around 17 of the guests were expected to check in to the The Stage Hotel on Saturday June 30 so they could drop off their bags before the ceremony. 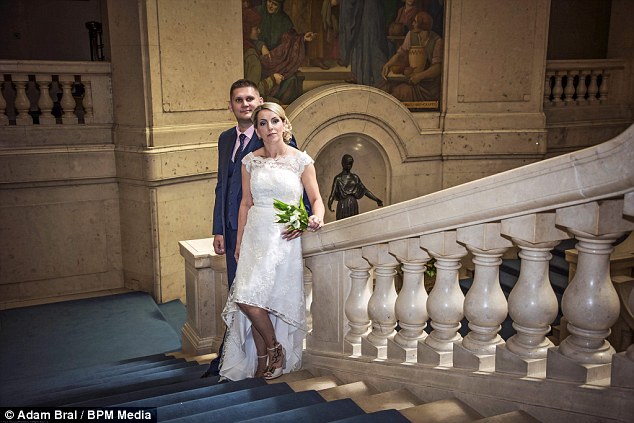 Adam Bral, 37, and Anna Lewandowska, 40, (pictured on their wedding day) were excited when family arrived in Nottingham from Poland and London for the big occasion

But just as Mr Bral was about to put on his suit and tie he was hit with the news that the hotel he had booked for the guests had closed down – and they were left stranded with their suitcases outside.

The hotel in Gregory Boulevard, Nottinghamshire, was closed after council chiefs labelled it a source of anti-social behaviour and crime.

A judge ordered a three-month shutdown on June 29. But this news had not reached the couple – and Mr Bral said the hotel had not warned them of the closure or reimbursed the £355 the couple had paid in advance.

Shop worker Mr Bral had to come up with a back-up plan four hours before he was about to marry the love of his life. 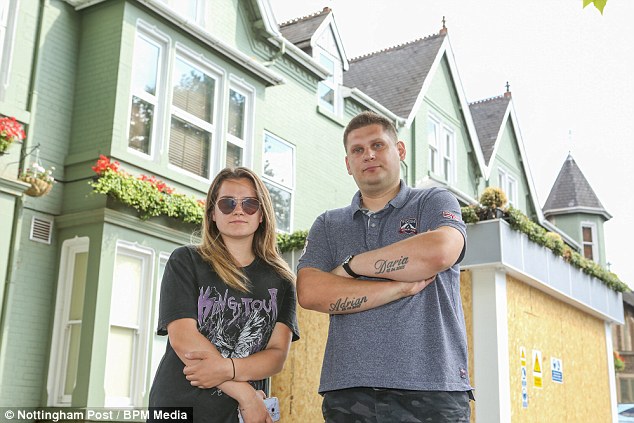 The hotel in Gregory Boulevard, Nottinghamshire, was closed after council chiefs labelled it a source of anti-social behaviour and crime. The couple are pictured outside it

He rang around Nottingham hotels to find a suitable alternative, but to no avail.

So when this failed, he raced down to Argos to buy air beds and ended up putting the 17 guests up in his three-bedroom Bestwood home.

He told the Nottingham Post: ‘On our wedding night we had our friend’s daughter who is six sleeping between us and the bridesmaid was on an air bed in the room with her husband.

‘We had nine people in the living room and also had someone in the bath. My best man had nowhere to stay but did not want to worry me and found a hotel but paid a lot more.’ 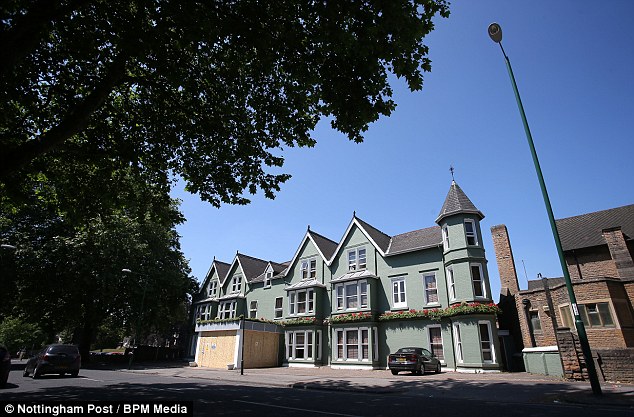 He said the hotel informed him to pay by cash in advance as it would be cheaper than booking online, but despite many calls he cannot reach the owners and get his money back.

‘My wife was very unhappy,’ he added. ‘I was not happy. It was embarrassing. How can you celebrate if your guests are going to have to sleep outside?’

His daughter Magdalena, 18, told the Post: ‘It was really embarrassing. I kept thinking – ‘what are we going to do now?

‘My mum was really worried. I just did not know where we were going to put these people so they could sleep because all the other hotels were full.’