The number of veterans seeking welfare from RSL Victoria plummeted during the lockdown, with ex-servicemen linking the decline to the shutdown of poker machines at RSL venues.

The organisation has spent $400,000 on direct welfare payments to veterans this year, having spent $1 million in 2019. 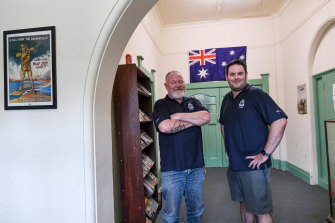 Lucas Moon, president of the pokies-free Hawthorn RSL, said the seven-month closure of gaming venues had temporarily stopped veterans from pouring their money into poker machines.

Ex-servicemen and women had more money to spend on rent, food, medicine and other necessities and did not have to rely on welfare, he said.

“We are meant to be a charity, but we are operating a predatory business,” Mr Moon said.

RSL Victoria chief executive Jamie Twidale said there was no evidence the closure of poker machines had fuelled the "significant drop” in demand for welfare services.

He attributed the situation to increased federal government income support during the pandemic, rent reductions and people spending more time at home and not engaging in risk-taking activities such as drinking and drug-taking.

“There’s no one thing you can point your finger at,” he said.

Mr Twidale said RSL Victoria had provided an additional $350,000 to sub-branches this year to strengthen their existing welfare services.

He said poker machine revenue was used to employ staff at sub-branches and RSL Victoria and also funded welfare services.

“At the moment, we couldn’t operate without them.”

But Mr Moon, who served in East Timor and has been campaigning for the RSL to divest of pokies, believes the machines only create problems.

He said veterans with PTSD were at higher risk of becoming problem gamblers, and poker machines allowed them to zone out from the real world.

“My good mate, he stepped on a bomb in Afghanistan and lost an arm, leg and an eye and received the maximum compensation payment of $420,000. He gambled the lot at RSL pokies.”

After being forced to close at the end of March, gaming venues reopened this month but with strict capacity limits. Last week’s state budget revealed that the tax collected from poker machine revenue almost halved from $1.1 billion to $611 million, but gambling tax revenue is predicted to bounce back as restrictions ease. 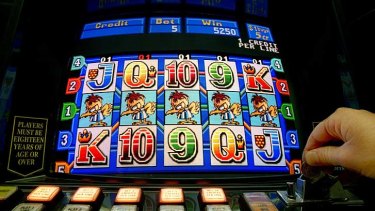 RSL Victoria is the state’s second biggest pokies operator, and 52 of its 277 sub-branches have poker machines

Mick Quinn, the manager of the Veterans’ Advocacy Centre in Boronia, which provides welfare and other support to veterans, said demand for services had halved over the course of the pandemic. His organisation spent $40,000 on welfare during the seven-month lockdown, compared with $80,000 for the same period last year.

“The money that hasn't gone through poker machines during this COVID-19 period is still in the community,” he said. “That money has reduced people’s reliance on welfare.”

“If you are trying to provide welfare and assistance to a community [and] then bleed that community through gambling, you are not doing anything at all,” he said. “It would be like selling crystal meth and opening up a rehab centre with a percentage of the money.”

Mr Quinn, who served in Cambodia, said his enterprise provided financial counselling to many veterans who are problem gamblers.

“We sit down and go through their outgoings and we always find there is a black hole. That black hole ends up being either poker machine gambling or illicit drugs.”

He said the forced shutdown of gaming venues had shown just how much money could be saved.

“There are plenty of people with this addiction who want to get on top of it,” he said. “But because [poker machines] are so ubiquitous and can't be avoided it becomes very difficult for them.”