It came after a family who travelled for five hours to reach Wales were escorted back to the border by officers. 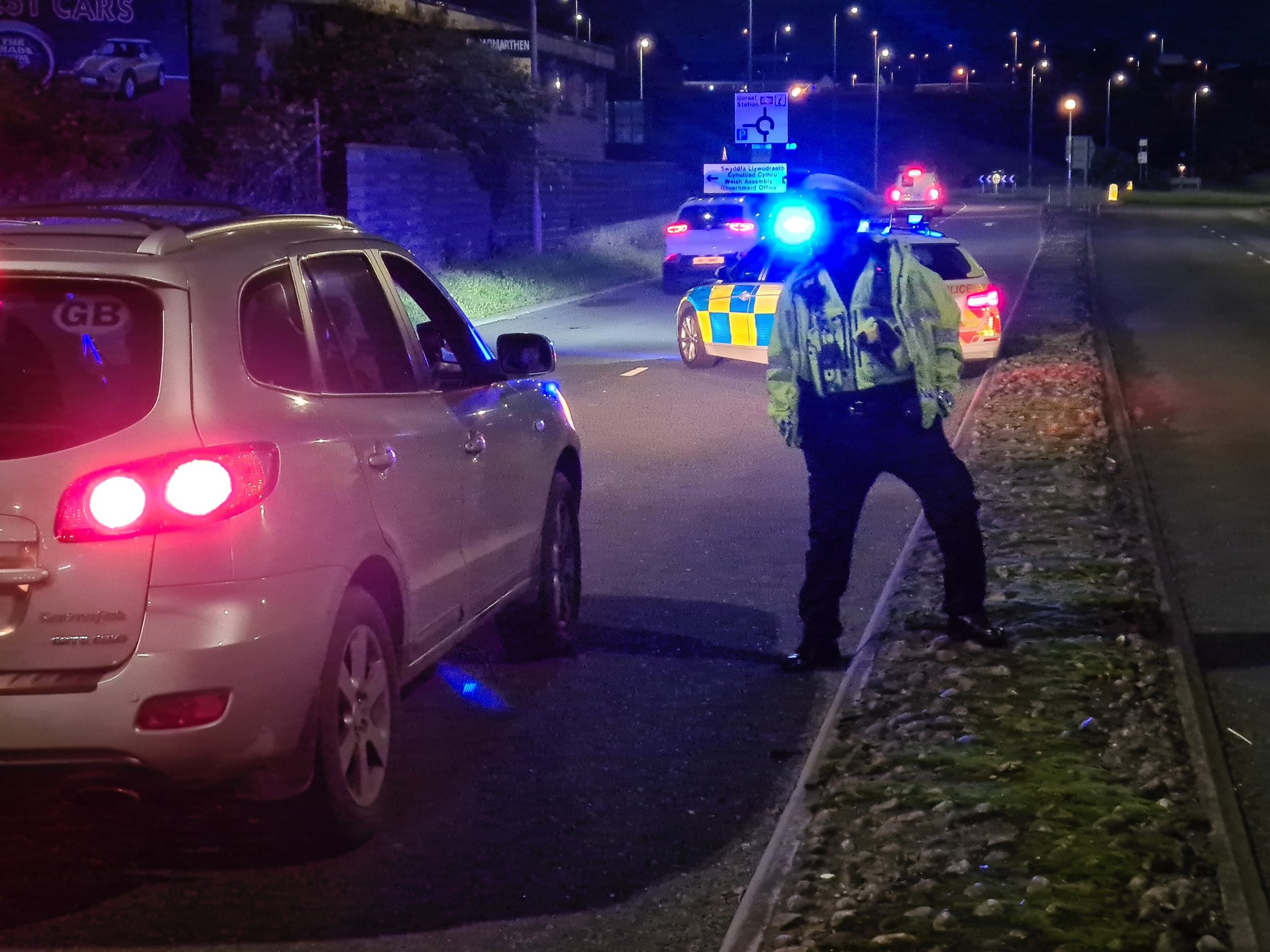 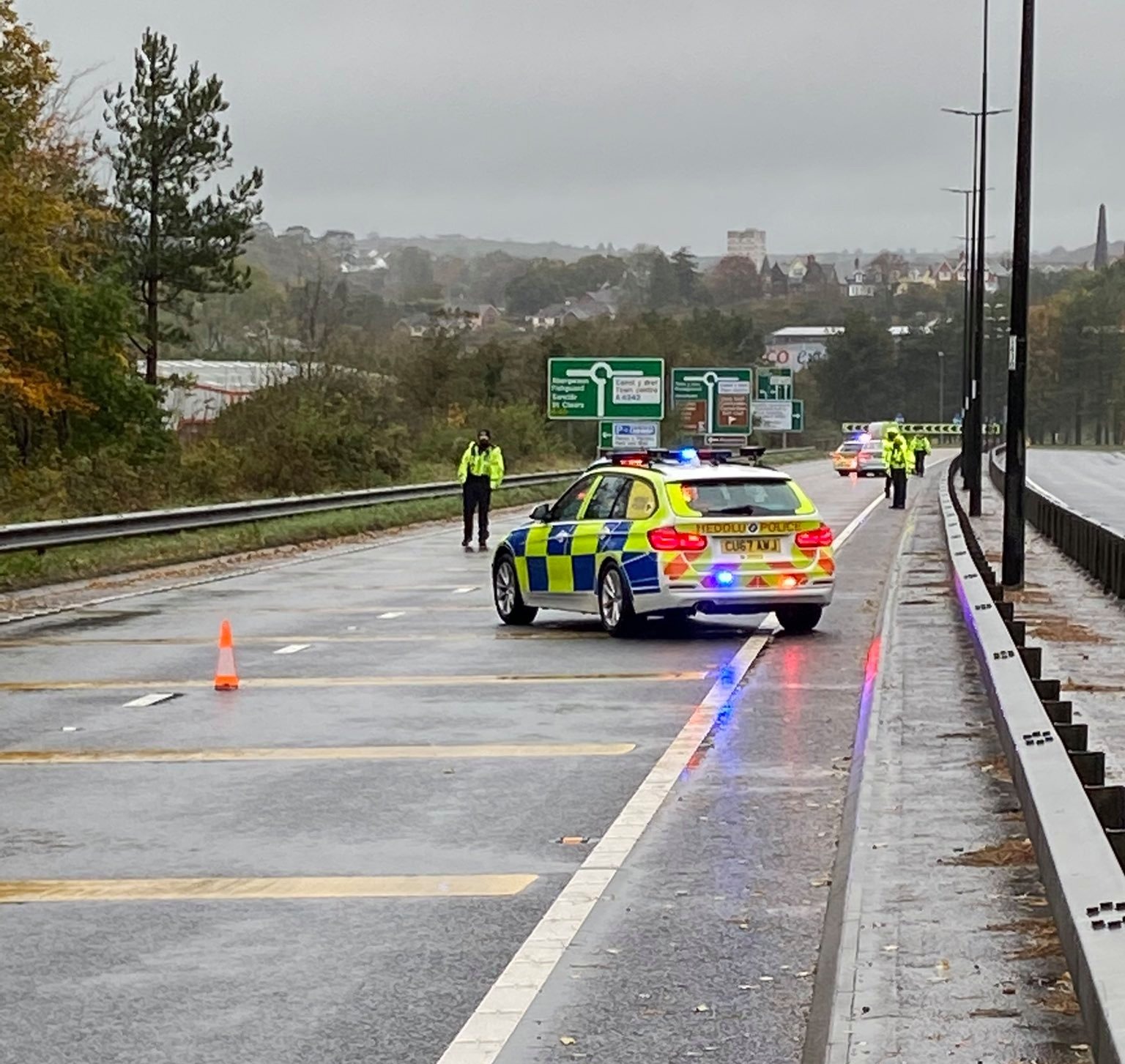 Under tougher restrictions introduced this week, people in Wales can only leave their homes for essential reasons such as to buy food and medicine, provide care or exercise.

People have been asked to work from home where possible during the lockdown, which is set to end on November 9.

Leisure, hospitality and tourism businesses are closed, along with community centres, libraries and recycling centres, while places of worship are shut other than for funerals or wedding ceremonies.

Police have been posting pictures of officers out in Carmarthenshire and Powys to speak to drivers over non-essential journeys.

Drivers would be encouraged to turn around and head back to Wales if officers "are not satisfied with their explanation", a spokesman said.

People caught breaking the rules in Wales can be fined up to £10,000, with penalties starting at £60.

BTP North Wales posted a picture of their officers speaking to people on a train with the caption: "We are checking if your journey is essential! Stay at home!"

Dyfed-Powys Police were left "escorting" a family from Sussex, who had travelled more than five hours to Wales, out of the country.

The family were reportedly stopped on the A40 near Whitland in Carmarthenshire on Friday morning before being "suitably advised and escorted out of the country".

A message released by Carmarthenshire Police on social media read: "During the early hours, a family from Sussex were stopped on the A40, Whitland.

"Despite being aware of the national lockdown, they travelled over 5 hours for a non essential reason.

"The occupants were suitably advised and escorted out of county." 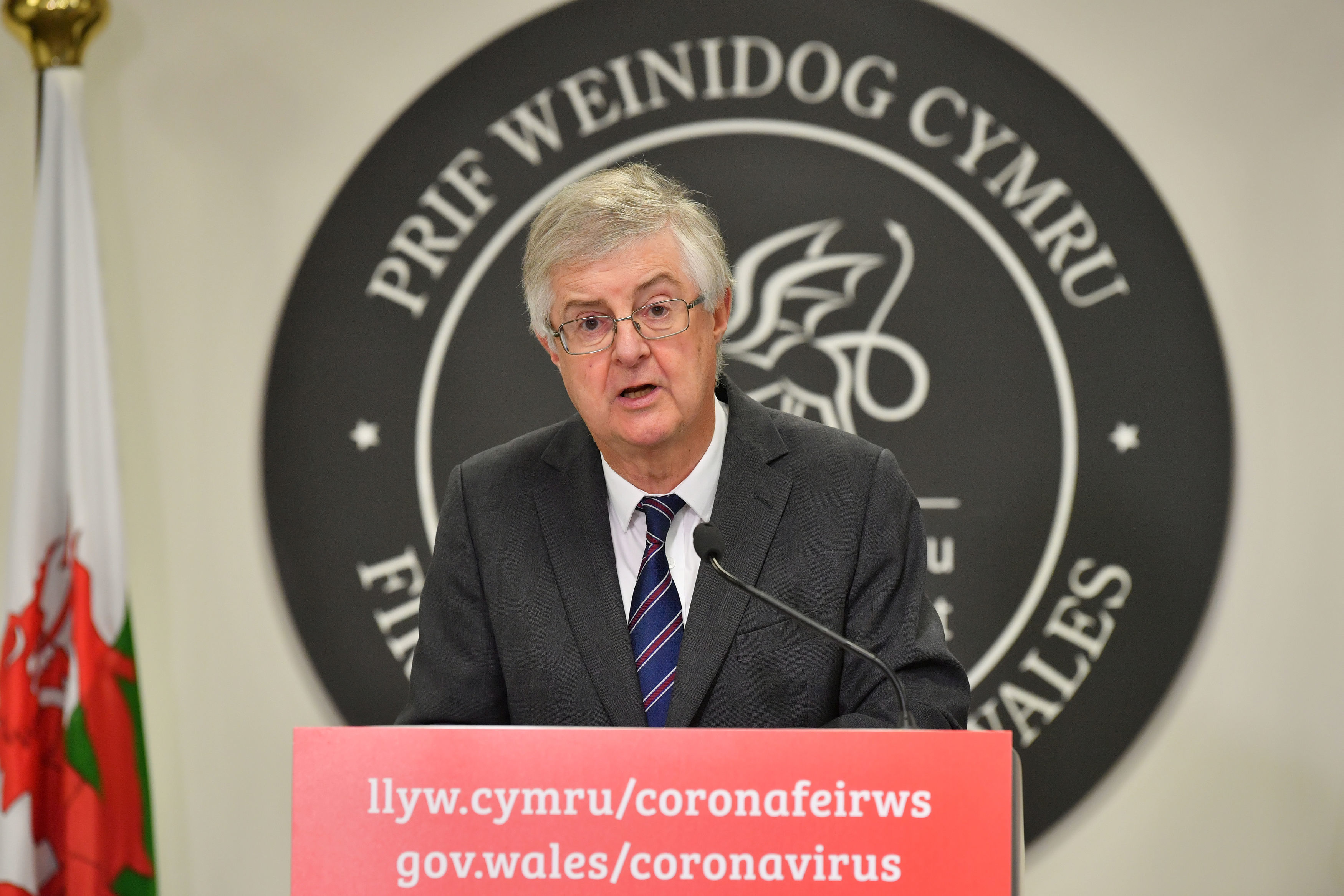 He said this was to "prevent people who live in areas where there are higher Covid infection rates across the UK from travelling to Wales and bringing the virus with them."

Ministers hope that the short lockdown will reduce the R value – the number of people each coronavirus case infects – to below one.

A new set of national measures is expected to be introduced in Wales after November 9, when the fire-break lockdown is set to end.

Economists have estimated that the firebreak could cost the Welsh economy more than £500 million, but ministers say a longer period of measures would be more damaging.

There have been a further 1,104 cases of Covid-19 diagnosed in Wales, bringing the total number of confirmed cases to 42,681.

Public Health Wales said five further deaths had been reported, with the total rising to 1,777. 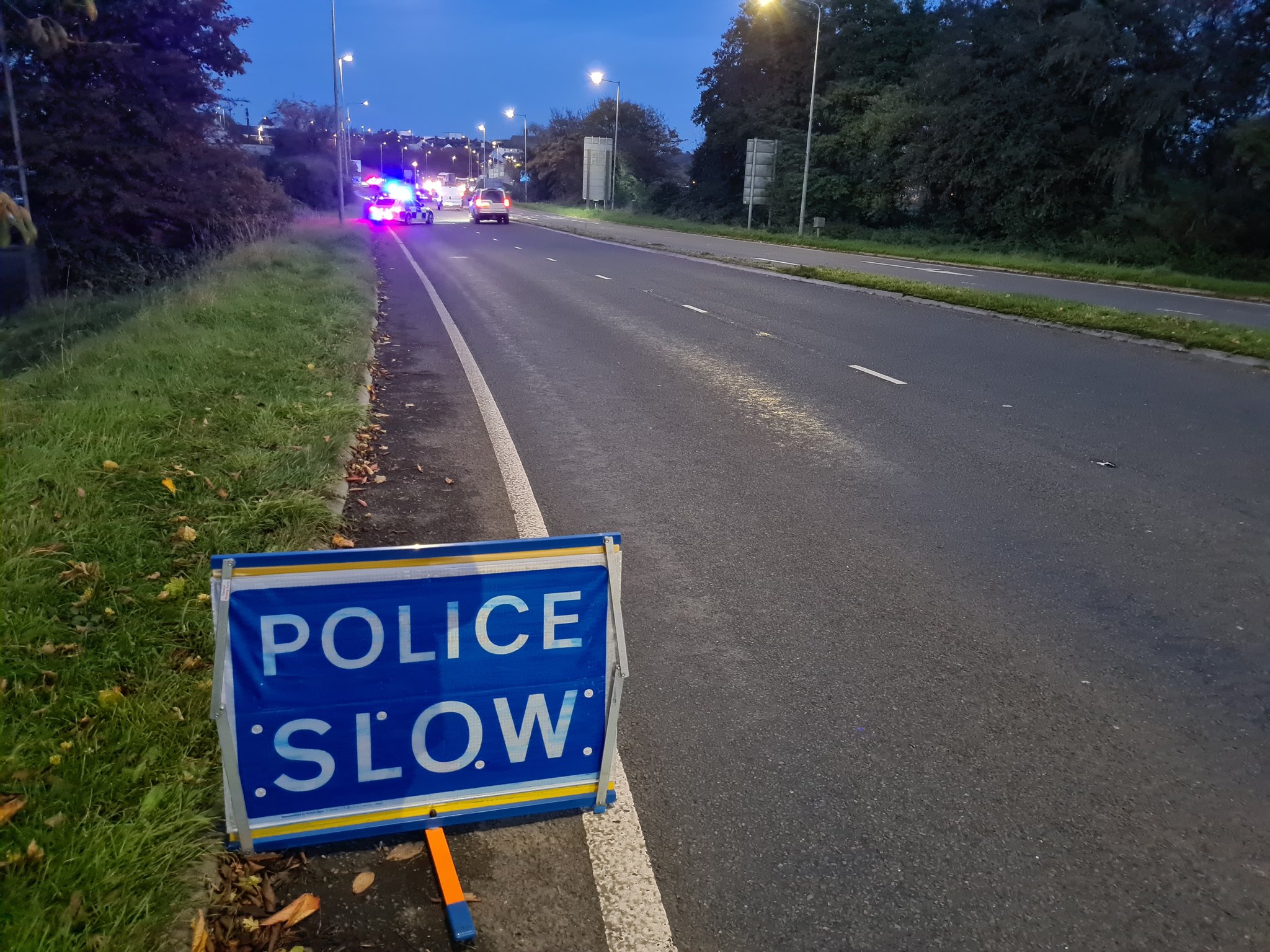 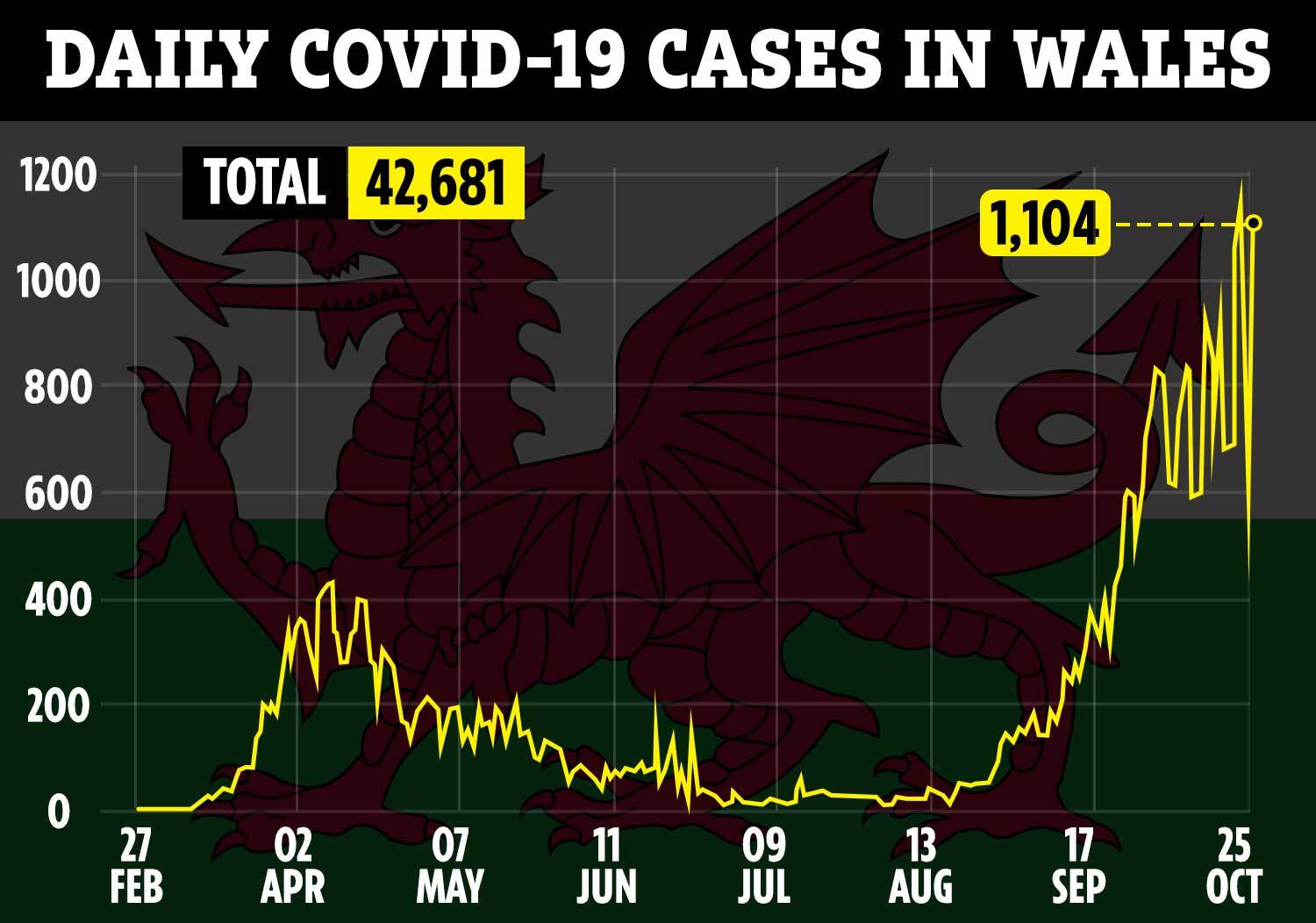 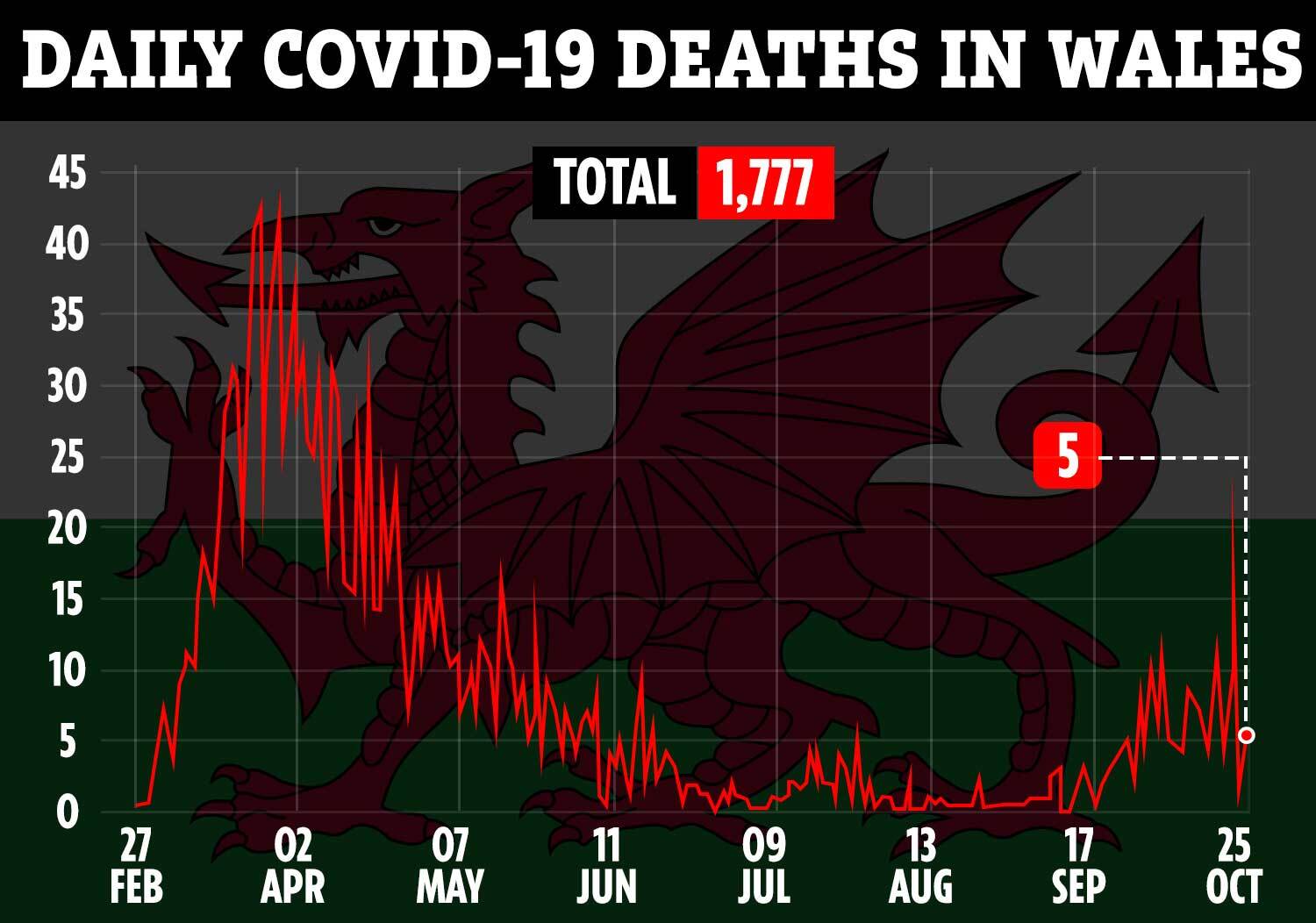