Bruce Willis has been diagnosed with aphasia, the actor's family announced on social media Wednesday.

The Die Hard actor, 67, "has been experiencing some health issues," his daughter Rumer Willis shared in a statement from their family that she posted to Instagram.

The aphasia "is impacting his cognitive abilities," the statement continued. As a result of his diagnosis, Willis "is stepping away from the career that has meant so much to him," the family said.

Aphasia "typically occurs suddenly after a stroke or a head injury," according to the Mayo Clinic, which states that the condition can also gradually occur "from a slow-growing brain tumor or a disease that causes progressive, permanent damage."

The family has not disclosed the cause of Willis' aphasia.

People with aphasia experience changes in their ability to communicate, the Mayo Clinic says, and they "may speak in short or incomplete sentences, speak in sentences that don't make sense, substitute one word for another or one sound for another, speak unrecognizable words, not understand other people's conversation or write sentences that don't make sense."

Aphasia can present differently in people depending on where they have experienced brain damage, the American Speech-Language-Hearing Association (ASHA) states. Damage on the left side of the brain "may lead to language problems," while damage on the right side of the brain can cause poor attention or memory issues.

RELATED: Bruce Willis Spends Thanksgiving in the Wilderness with Wife Emma and Daughters Evelyn and Mabel 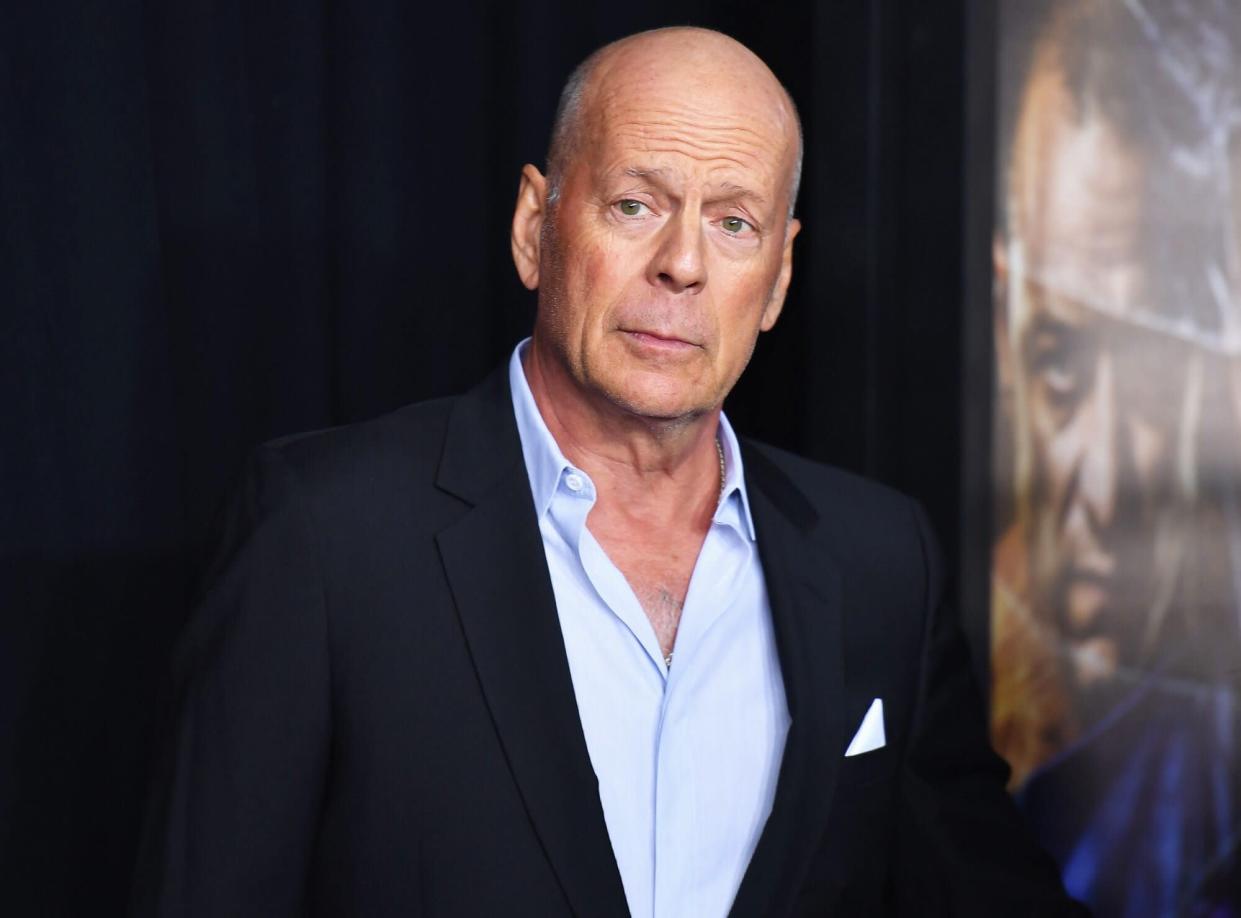 There are two broad types of aphasia: fluent and nonfluent, according to the National Institute on Deafness and Other Communication Disorders (NIDCD).

The most common type of fluent aphasia is Wernicke's aphasia, which can result in people saying "long, complete sentences that have no meaning, adding unnecessary words and even creating made-up words," NIDCD states.

The most common type of nonfluent aphasia is Broca's aphasia, which can make people "speak in short phrases that are produced with great effort" despite possibly being able to "understand speech and know what they want to say," per NIDCD.

Aphasia typically affects middle-aged or older people, but even young children can experience the condition, according to NIDCD.

The National Aphasia Association reports that "over 2 million Americans are affected by aphasia."