From a World War Two hero pilot to the leader of the free world, Bush always led life at the highest level. 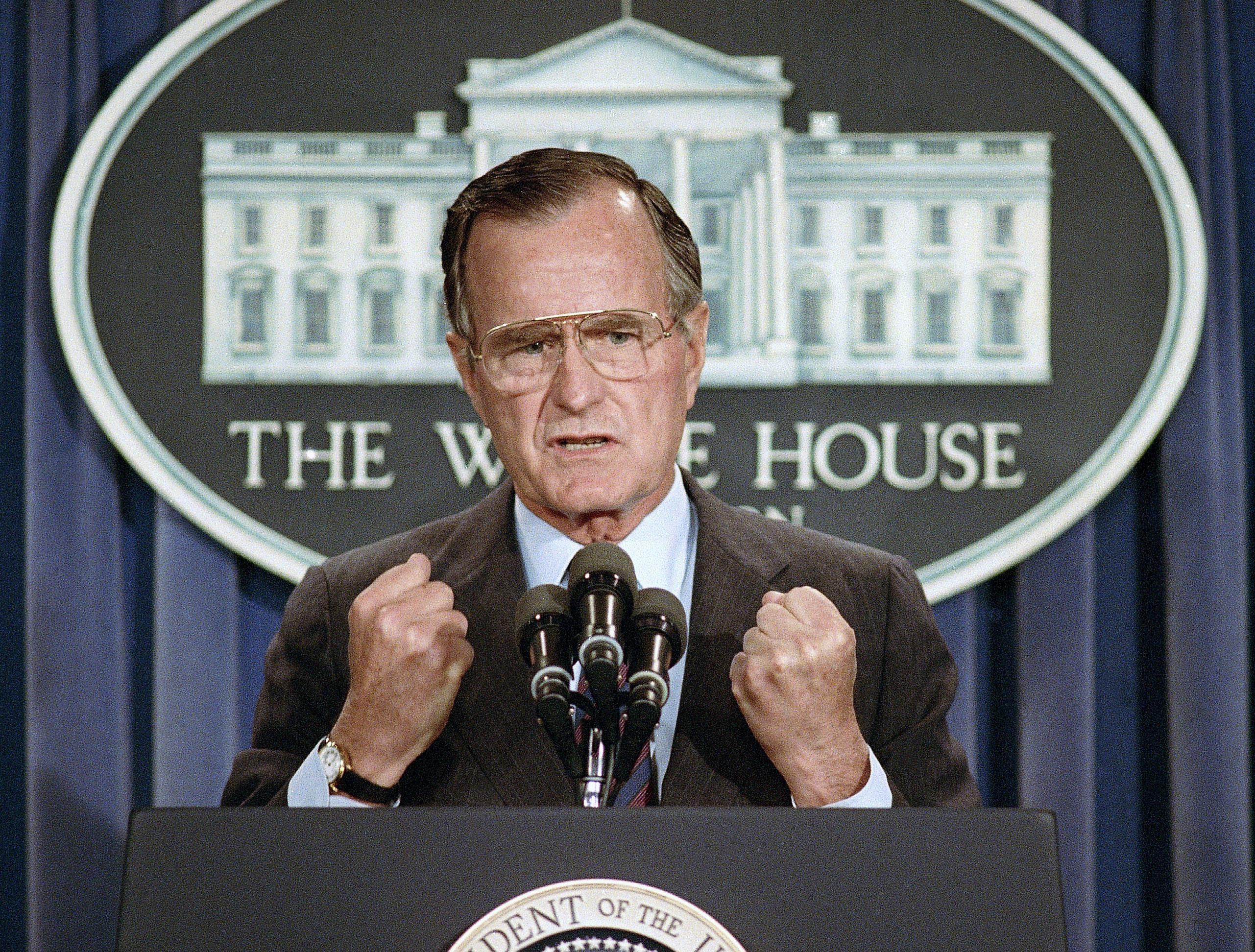 What was George HW Bush's cause of death?

Bush had been unwell with vascular Parkinson’s disease, which causes a loss of balance, and since 2012 he used a wheelchair.

He was admitted to hospital in Houston, Texas, in November 2012, after a problem with a bronchitis-related cough, resulted in a two-month stay under the supervision of doctors, including a brief period in intensive care.

Two years later he spent another week in hospital after complaining of shortness of breath.

Eight months ago he was admitted again with a blood infection. 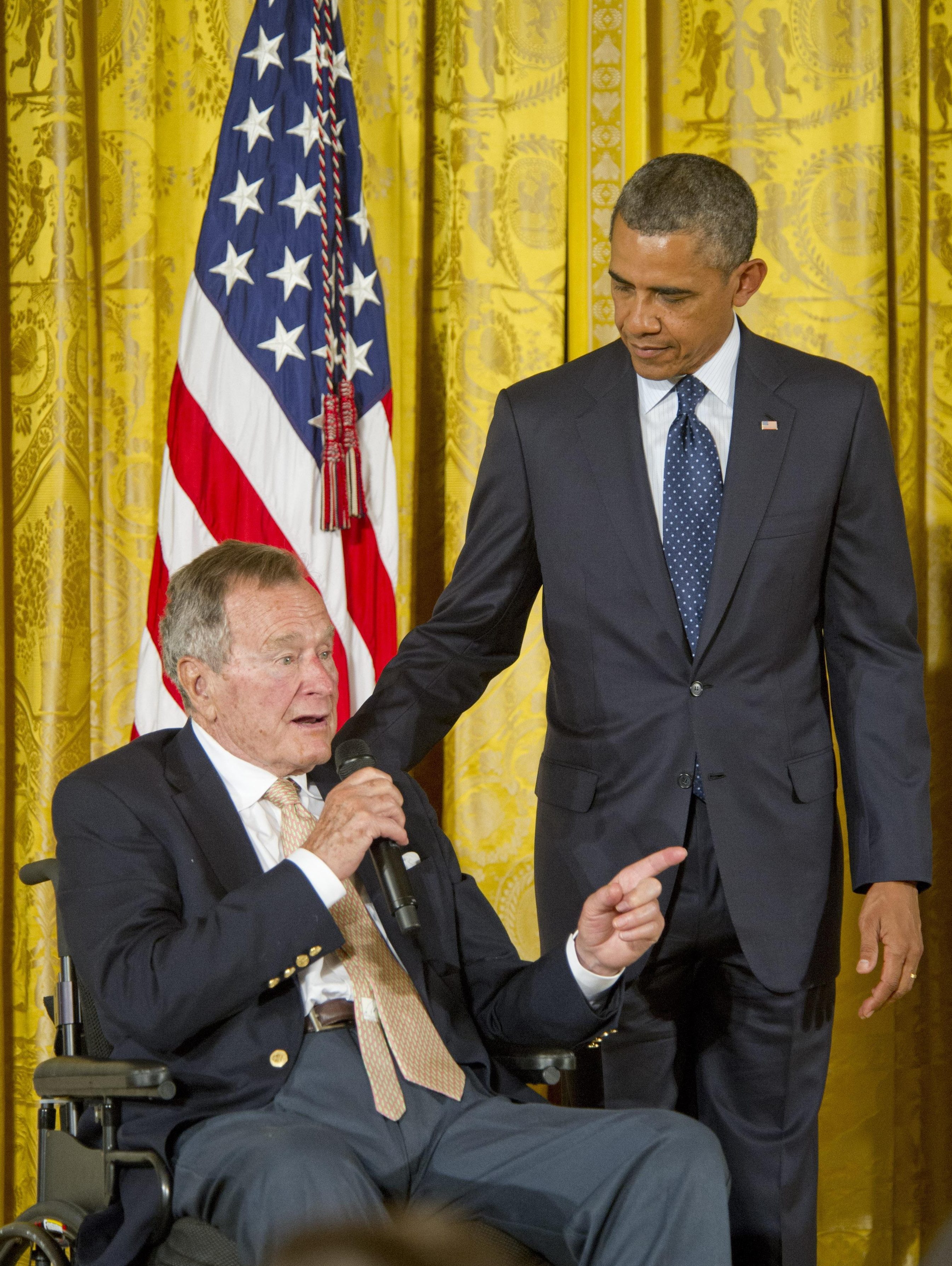 When did he serve as President?

It was in this capacity he was known throughout the world, especially for expelling the invading forces of dictator Saddam Hussein from the Gulf state of Kuwait in 1990.

After the invasion Bush quickly began building an international military coalition that included other Arab states.

Having freed Kuwait, he rejected suggestions that the US carry the offensive to Baghdad, choosing to end the hostilities a mere 100 hours after the start of the ground offensive.

He said: "That wasn't our objective.

"The good thing about it is there was so much less loss of human life than had been predicted, and indeed than we might have feared."

But the decisive military defeat did not lead to the regime's downfall, as many in the administration had hoped.

The Iraqi leader was eventually ousted in 2003, in the war led by Bush's son that was followed by a long, bloody insurgency. 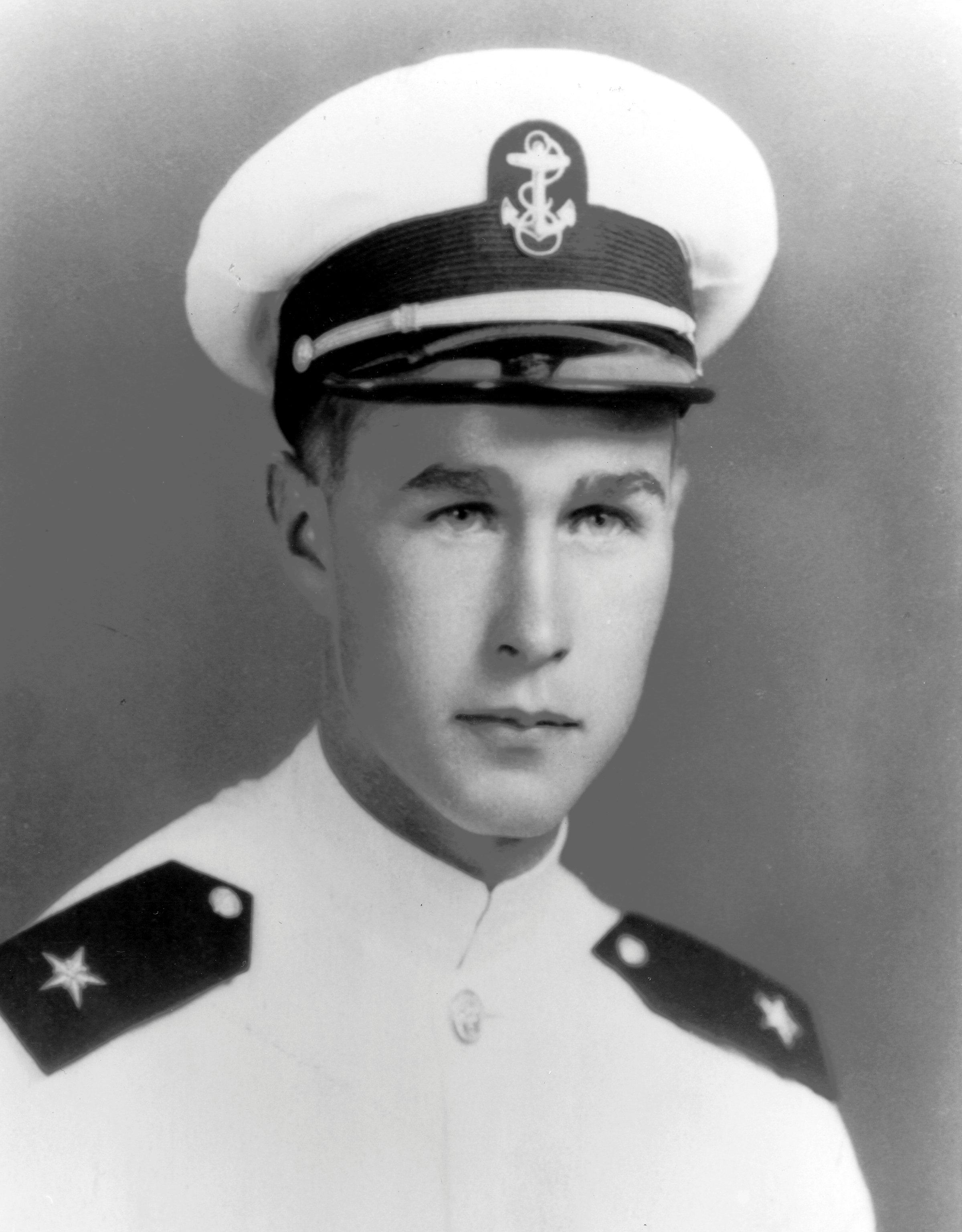 How did he serve in World War Two?

Unlike his son, who never served in the military, the elder Bush was a bona fide war hero.

He joined the Navy on his 18th birthday in 1942 over the objections of his father, Prescott, who wanted him to stay in school.

At one point the youngest pilot in the Navy, he flew 58 missions off the carrier USS San Jacinto.

His wartime exploits won him the Distinguished Flying Cross for bravery.

He was shot down on Sept. 2, 1944, while completing a bombing run against a Japanese radio tower.

Eight others who were shot down in that mission were captured and executed, and several were eaten by their captors.

But an American submarine rescued Bush.

Even then, he was an inveterate collector of friends: Aboard the sub Finback, "I made friendships that have lasted a lifetime," he would write. 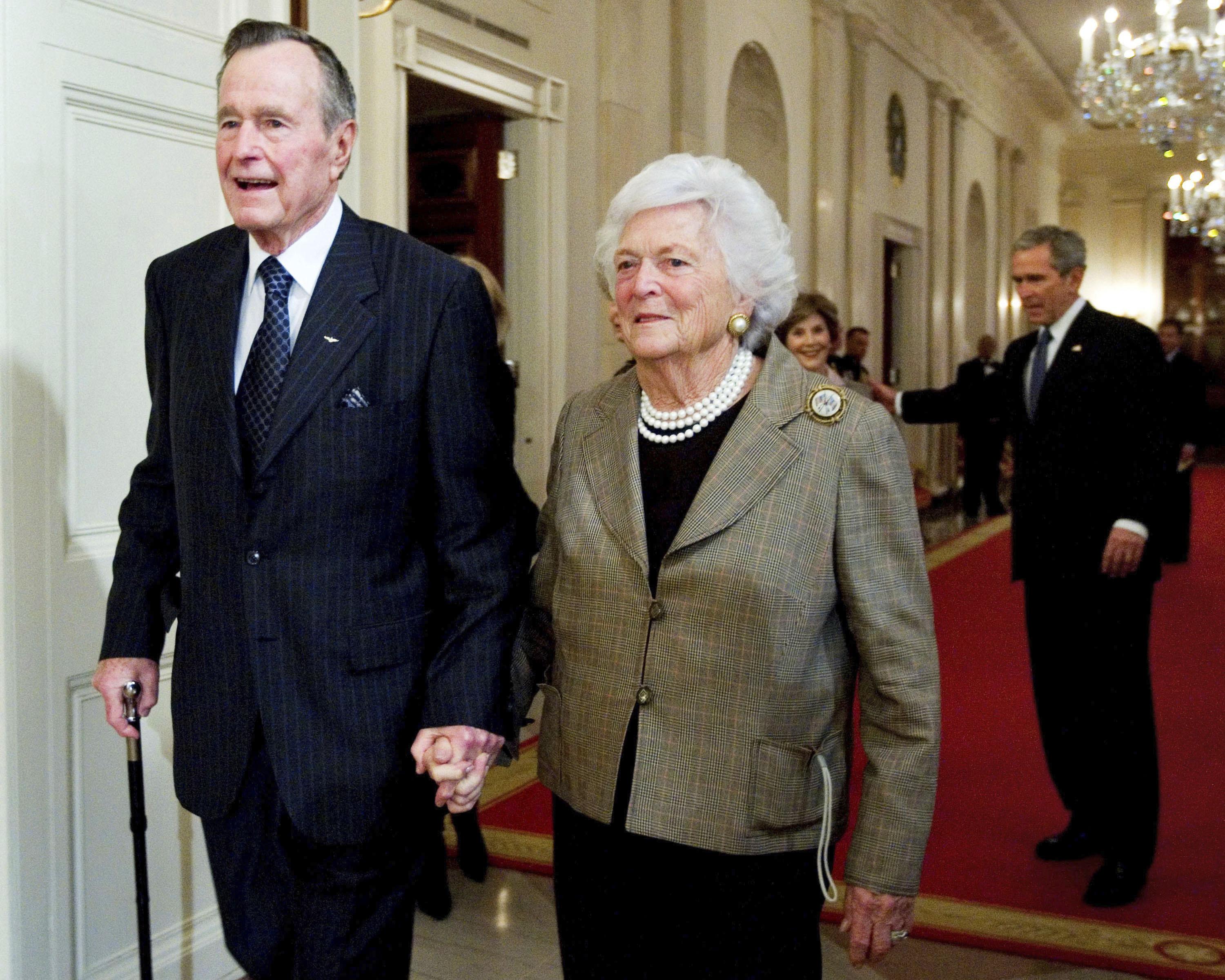 When did he marry wife Barbara?

Together had four sons and another daughter.

They were John, known as Jeb, the former Florida governor who sought the Republican presidential nomination in 2016, Neil, Marvin, and Dorothy — and of George, president 43 to his father's 41.

What was his net worth?

According to estimates Bush was worth around £15million ($20m).

This was obtained mostly by buying and selling property, speaking engagements and book deals.

But this pales into significance when compared to Bill Clinton, who served after him.

This was achieved by post-presidency work such as consultancy work, speeches and books.