The 2018 World Economic Forum is to focus on the effect of globalisation, which critics say has widened inequality.

International politicians and business leaders will ascend to the Swiss Alps for the summit, which is focused on “Creating a Shared Future in a Fractured World”, according to the WEF’s website.

Discussions range from “Saving economic globalisation from itself” to “Finding a new equilibrium in the Middle East”.

But critics have questioned the WEF’s vision for globalisation, and say the talks are unlikely to help redistribute the world’s wealth.

Is this year’s meeting significant?

The WEF says this year’s summit is important because of the debates surrounding globalisation.

But critics expect more of the same, claiming the WEF is a “talking shop” incapable of delivering meaningful change.

“The main critique is that it is a manifest failure of imagination,” Max Lawson, Oxfam International’s head of inequality policy, told Al Jazeera.

WEF attendees “have had many years now of handwringing about the growing gap between rich and poor, and very little to show for it … This is clearly because business as usual is good business for those at the top.

“Ultimately it is public mobilisation and public anger that will lead to progressive change.”

A report by Oxfam published in advance of the Davos summit revealed that half of the world’s population received no share of all wealth created globally in 2017.

“The model of globalisation pursued for the last 40 years had clearly had one set of major winners, the very richest in society,” Lawson said, as he warned the current vision on globalisation will create further political, social and economic instability. “There has to be a complete change in the economic model.”

WEF is a Geneva-based non-profit foundation committed to “improving the state of the world”, according to the organisation’s website.

It aims to shape global, regional and industrial agendas by bringing people together through dialogue.

Established in 1971 by the German economist Klaus Schwab, the WEF was originally known as the European Management Forum, until a name change 16 years later, in 1987.

What happens in Davos?

The WEF’s flagship event sees world leaders and business chiefs among some 2,500 attendees, from more than 100 different countries.

They hear cases for international collaboration as a means of solving global challenges.

Mirek Dusek, a member of WEF’s executive committee, told Al Jazeera more than 65 heads of state will flock to the “historic annual meeting.

“But what is even more important is that these political leaders are going to engage … [with] the issues that really matter to the global agenda,” he said.

Those issues include the future of mobility, production, the environment and international peace, Dusek said. 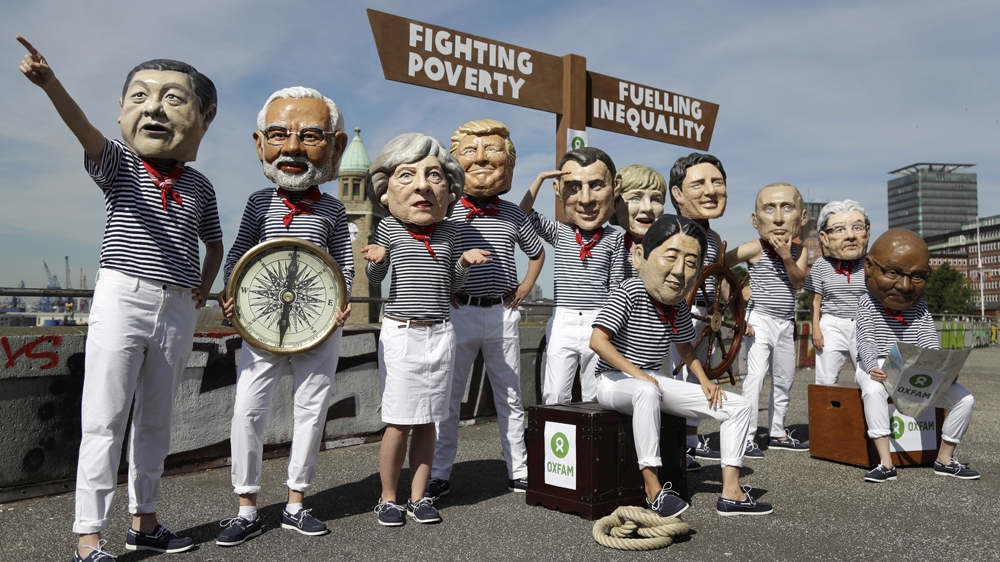 A report published by Oxfam ahead of the summit revealed that billionaires increased their wealth by $762bn last year, enough to end ‘global extreme poverty seven times over’ [Matthias Schrader/AP]

Trump’s attendance, which comes amid an ongoing US government shutdown, would mark the first visit to the annual summit by a sitting US president since Bill Clinton in 2000. 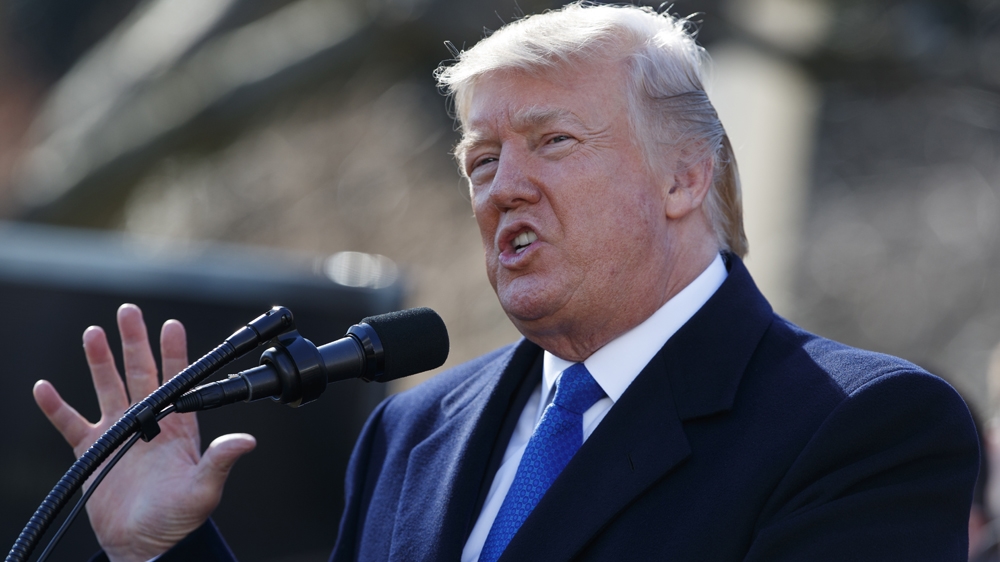 “What is important is that the biggest economy in the world is represented here, and for people to understand the economic, and overall international priorities, of the current [US] administration,” said the WEF’s Dusek.

But it is Modi who will have the first word, with the Indian prime minister due to give the summit’s opening address on Tuesday morning. He is expected to urge international businesses to invest in India, which is on track to becoming the world’s fifth-largest economy this year, according to the International Monetary Fund.

UN Secretary-General Antonio Guterres and Christine Lagarde, the managing director of the IMF, are also expected to attend.

Critics use the phrases “Davos Man” and “Davos Woman” as shorthand for attendees, alleging the meeting is little more than an exclusive gathering of global elites.

“It probably sends out the wrong message, namely that globalisation benefits a jet-setting elite, when in reality everyone benefits when economies open up to trade,” Sam Dumitriu, head of research at the UK-based Adam Smith Institute, told Al Jazeera.

“Politicians need to stand up for trade, migration and markets, [and] if Davos nudges them to speak out, then it’s worthwhile. But, little of note appears to be accomplished at the summit.”