For most Americans, the word “pie” brings up images of apples (or some other fruit) encased in pastry and baked, cut into wedges and served for dessert, sometimes with a scoop of ice cream or a bit of whipped cream.

But in Britain and throughout the Commonwealth, dessert pies are more often called tarts, and it’s meat pies that are legion. There are pork pies baked in pastry and served cold, and pies made with beef in gravy, served warm. There are individual hand pies, like Cornish pasties and diminutive football pies, sold at sporting events. Chicken pies and potpies and game pies, the list is long and varied. 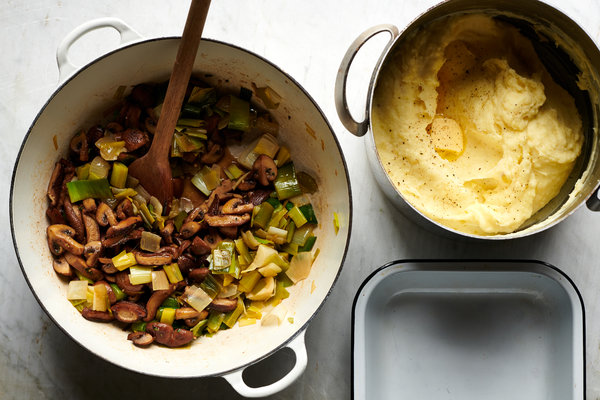 Still another type of pie has no pastry at all, but rather is covered with mashed potatoes. Shepherd’s pie, for example, is traditionally made with minced lamb and vegetables and baked with a mashed potato topping. If made with beef, however, it is referred to as cottage pie. Filled with seafood, it becomes fish pie. Leek pie is another, though the leeks are likely to be combined with ham or chicken, or both.

All sorts of vegetables are candidates for such a pie. A mixture of peas, lima beans and artichokes (plucked from the freezer section of the supermarket) makes a lovely pie. Carrots, parsnips and turnips, perhaps combined with chard or spinach, are other options for a meat-free version, but the choices are limited only by a cook’s imagination.

I’m inclined to make a leek and mushroom filling, bound with an easily made white sauce perfumed with fresh thyme. Instead of thickening the sauce with flour (which requires making a roux), I use cornstarch, mainly because it’s simpler. It also makes the filling gluten-free. I add a touch of white miso for extra flavor.

This meatless pie emerges from the oven fragrant, bubbling and golden. It is guaranteed to please vegetarians and carnivores alike. 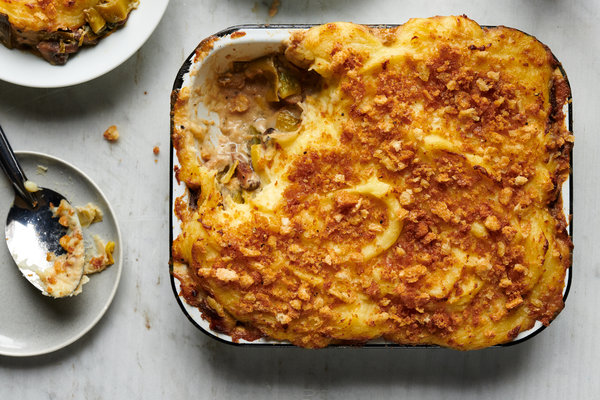 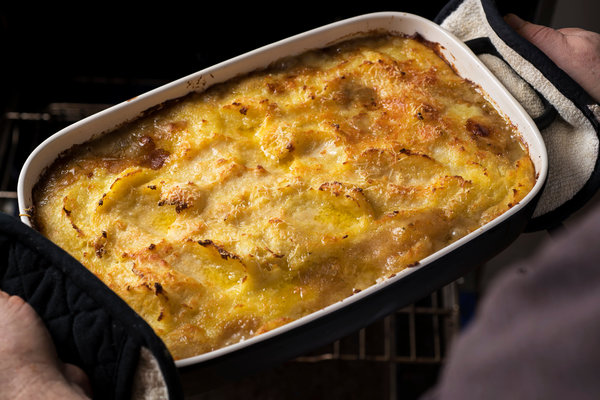 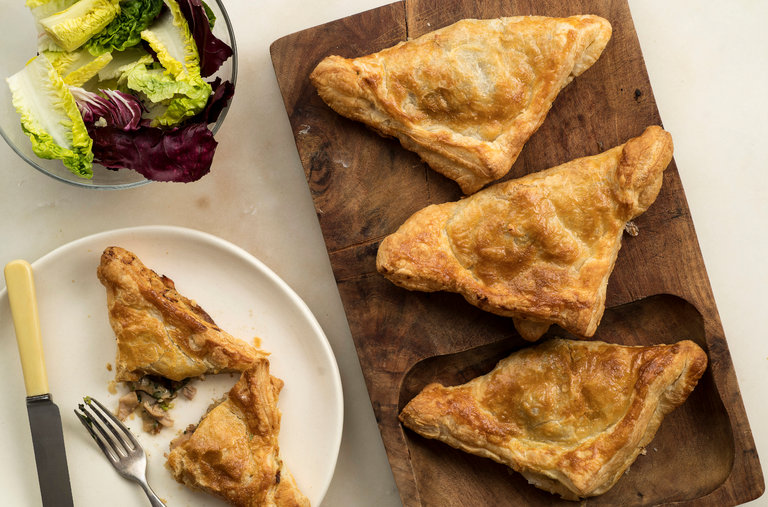