When was the Chernobyl nuclear disaster and how many people died? The Sky Original drama is based on a haunting true story

THE nuclear catastrophe in Chernobyl claimed 31 lives as well as  leaving thousands of people and animals exposed to potentially fatal radiation.

Here's all the grim details about the world's worst nuclear disaster. 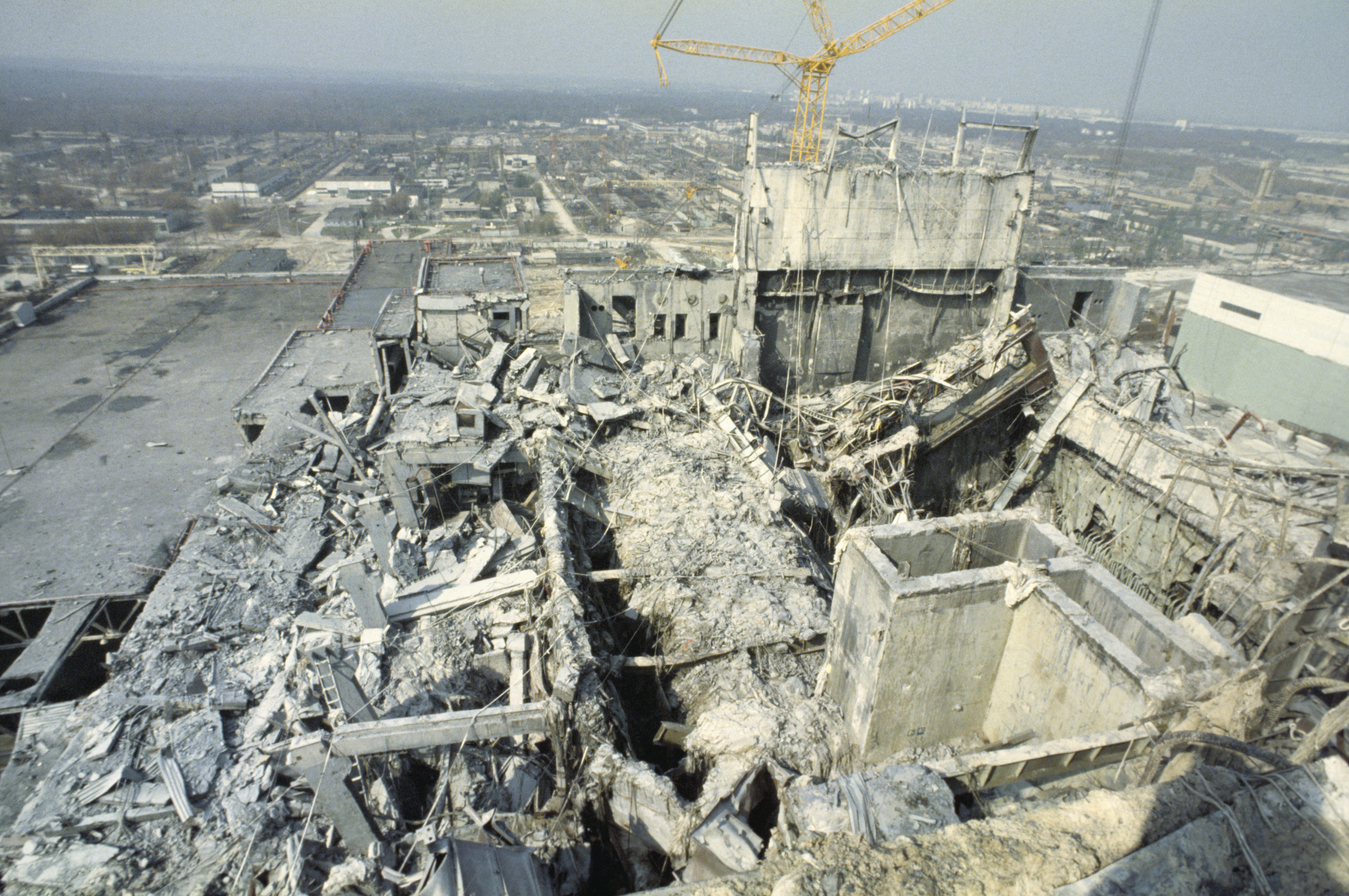 What happened at Chernobyl?

When an alarm bellowed out at the nuclear plant on April 26, 1986, workers looked on in horror as the control panels signalled a major meltdown in the number four reactor.

The safety switches had been switched off in the early hours to test the turbine but the reactor overheated and generated a blast – the equivalent of 500 nuclear bombs.

The reactor's roof was blown off and a plume of radioactive material was blasted into the atmosphere.

As air was sucked into the shattered reactor, it ignited flammable carbon monoxide gas causing a fire which burned for nine days.

The catastrophe released at least 100 times more radiation than the atom bombs dropped on Nagasaki and Hiroshima.

Soviet authorities waited 24 hours before evacuating the nearby town of Pripyat – giving the 50,000 residents just three hours to leave their homes.

After the accident traces of radioactive deposits were found in Belarus where poisonous rain damaged plants and caused animal mutations.

But the devastating impact was also felt in Scandinavia, Switzerland, Greece, Italy, France and the UK.

An 18-mile radius known as the “Exclusion Zone” was set up around the reactor following the disaster. 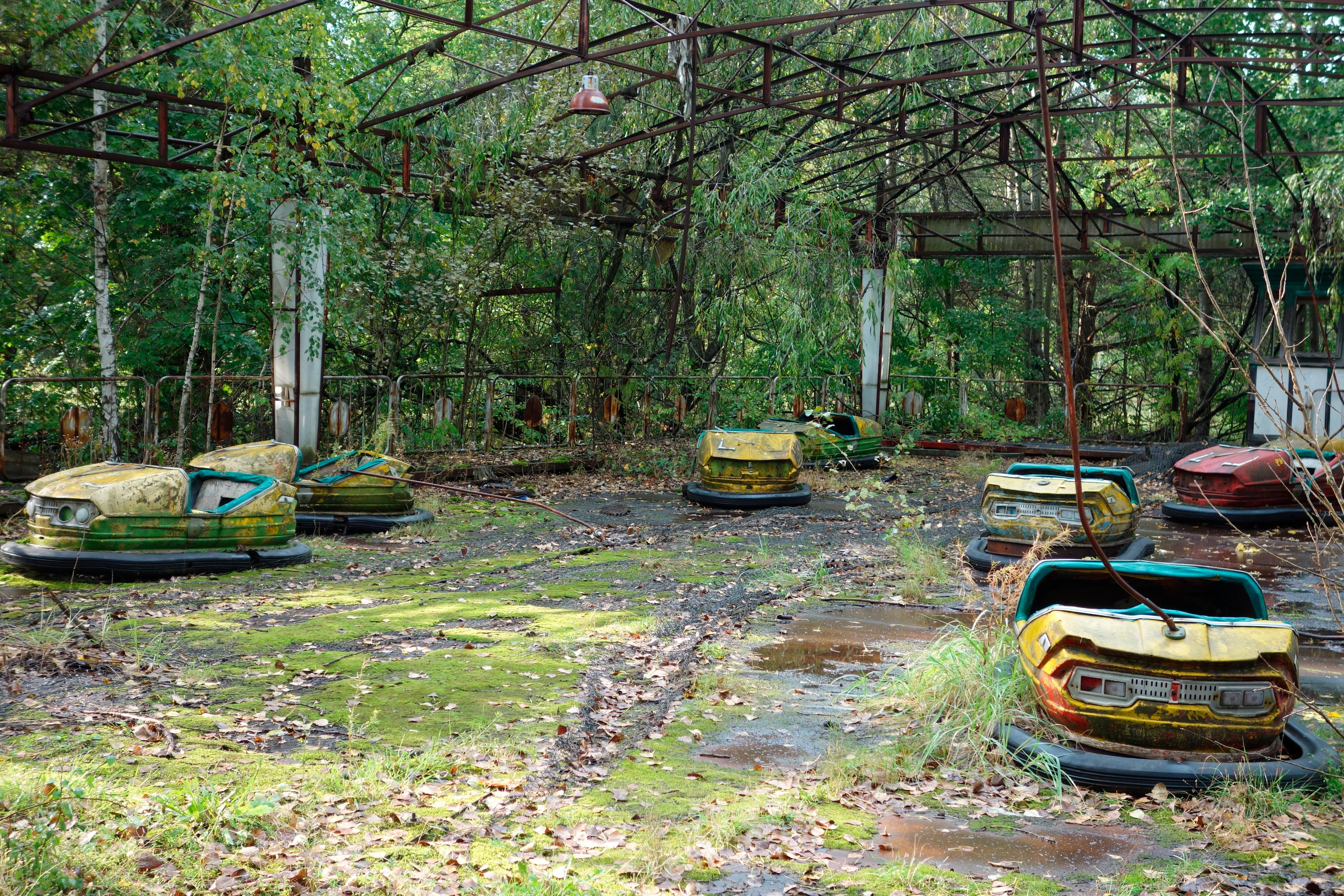 When was the Chernobyl nuclear disaster?

The accident started during a safety test on an RBMK-type nuclear reactor.

During a planned decrease in the reactor's power, which would allow the test to take place, power fell to virtually nothing.

Workers were able to only partially restore the specified test power, which left the reactor in a potentially unstable situation.

This risk was not detailed in the operating instructions, so the operators proceeded with the electrical test.

Once the test was completed, the operators triggered a reactor shutdown, but a combination of unstable conditions and reactor design flaws caused an uncontrolled nuclear reaction.

It is thought to have been the world's worst nuclear disaster – both in terms of lives lost and cost. 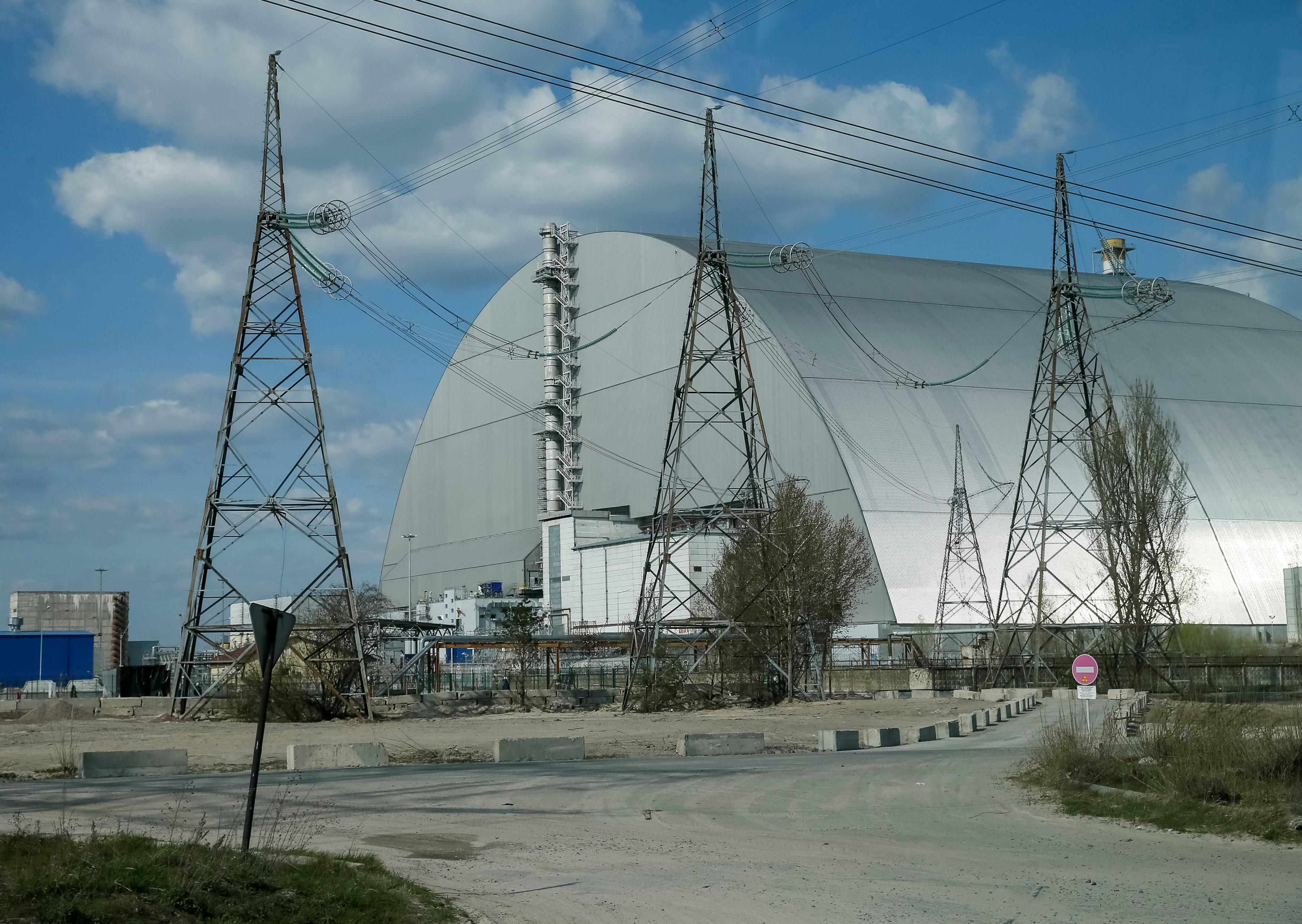 The steel sarcophagus keeping radiation in

How many people died?

The exact death toll is not known and the long-term affects could last for decades.

At least 31 people died in the accident – including two who were killed at the scene and more who passed away a few months later from Acute Radiation Syndrome.

The actual death toll is hard to predict as mortality rates have been hidden by propaganda and reports were lost when the Soviet Union broke up.

Approximately another 14 people have died from suspected radiation-induced cancer in the ten years since the explosion.

In 2005, the World Health Organisation revealed a total of 4,000 people could eventually die of radiation exposure.

About 4,000 cases of thyroid cancer have been seen since the disaster – mainly in people who were children or teenagers at the time. 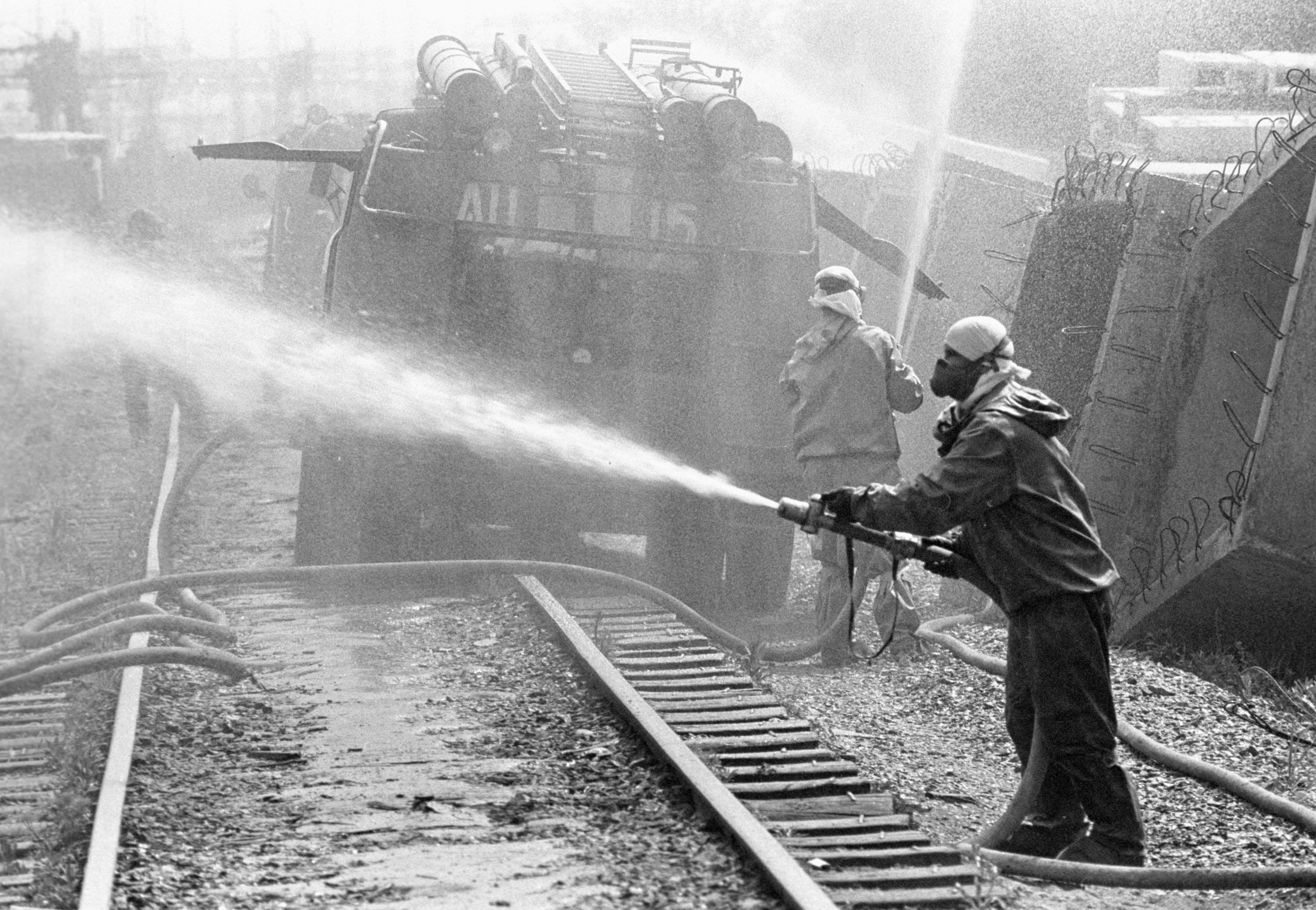 Did the Chernobyl radiation cause animal mutations?

Farmers noticed an increase in genetic abnormalities in farm animals immediately after the disaster.

This spiked again in 1990 when around 400 deformed animals were born – possibly as a result of radiation released from the sarcophagus intended to isolate the nuclear core.

Some animals were born with extra limbs, abnormal colouring and a smaller size.

Animals that remained in the exclusion zone became radioactive – including as many as 400 wolves, which is the highest density wolf population on the entire planet.

The Eurasian lynx – once believed to have disappeared from Europe – thrived in Chernobyl as there were no humans to run them out.

Birds were also affected by radiation, with barn swallows having deformed beaks, albinism and even smaller brains.

The radioactive animals all live in the "Red Forest", which got its name after the trees turned crimson in the fallout. 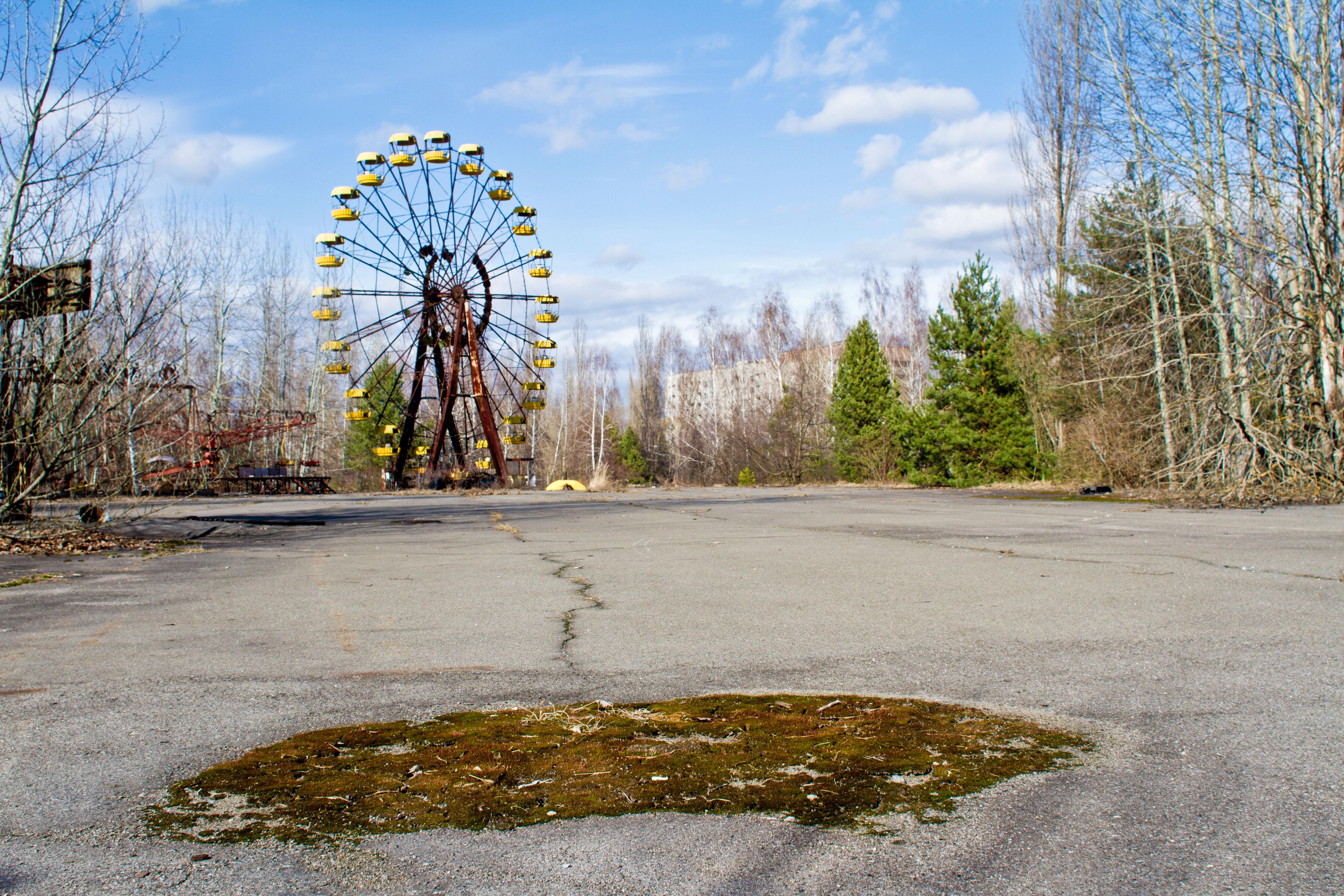 Is it safe to go there now?

The site and Pripyat have been safe for tourists to visit since 2010.

Social media influencers have flocked to the ghostly site.

But many have been blasted as disrespectful for taking 'sexy selfies' in the death zone.

There are around 160 villages in the Exclusion Zone but the basement of the hospital in Pripyat remains one of the more chilling stories.

The firemen were taken to the hospital for treatment and their clothes, which had been stripped off, were discarded.

Later radiation readings at the site reached 7,000 millisieverts – the risk of haemorrhage starts at 1,000 while death begins at 4,000.

The ghost town also includes a school that features in Call of Duty – an abandoned Ferris wheel and homes frantically deserted when evacuation began.

Tourists have to be screened before they enter the Exclusion Zone and are told not to touch anything within the cordon.

Holiday companies offer packages that give an official tour of the Exclusion Zone.