Umno, the biggest party in Malaysia’s ruling pact Perikatan Nasional, has resolved to withdraw its support for Prime Minister Muhyiddin Yassin and called for the premier’s resignation.

Umno president Ahmad Zahid Hamidi said early on Thursday that Tan Sri Muhyiddin has failed to fulfill the conditions underlined by Umno when it backed him to become Prime Minister in March last year, namely to spearhead economic recovery and effectively handle the Covid-19 pandemic.

He said a new prime minister should be installed to manage the pandemic until an election can be called.

“This government has clearly failed in fulfilling the people’s aspirations,” Zahid said, pointing to prolonged lockdowns that are not seen as effective, and double standards in enforcing Covid-19 rules.

A fire caused by an explosion on a container ship at Dubai’s Jebel Ali Port is now under control and no causalities have been reported, authorities said.

The massive blast lit up the city and occurred just after midnight local time, the Government of Dubai Media Office.

Video on social media showed fire and debris from the blast scattered around the port. Jebel Ali Port is the largest in the Middle East and a key centre for trade in the United Arab Emirates.

Four German tightrope walkers have set a new world highlining distance record by crossing a 2.1km-long valley in Swedish lapland on a line suspended at a height of 600 metres.

Reuters’ video footage showed a barefoot man sway and teeter as he delicately tiptoed across the line between two mountain peaks in a snow-capped valley.

“I just focused on being very slow, being extremely clean and just reaching the end,” said Quirin Herterich, who was first to cross the line before compatriots Lukas Irmler, Ruben Langer and Friedi Kuehne successfully followed.

‘My last Wimbledon? I don’t know,’ says Federer after crashing out 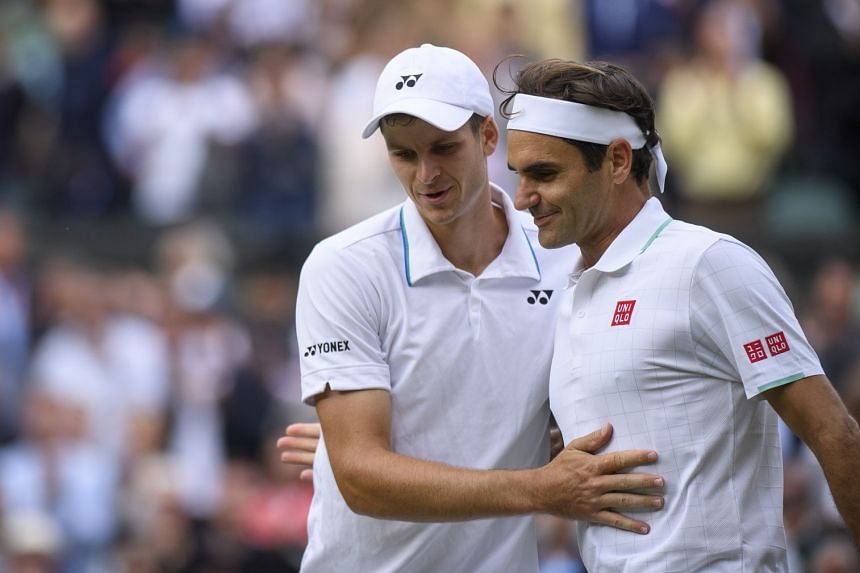 Roger Federer crashed out of Wimbledon in the quarter-finals at the hands of Poland’s Hubert Hurkacz on Wednesday, but insisted he will not be rushed into retirement even with his 40th birthday just five weeks away.

It was only the eight-time Wimbledon champion’s 14th defeat at the tournament in 119 matches and his first straight-sets loss since an opening round exit against Mario Ancic in 2002. It was also the first time he had lost a set 6-0 at Wimbledon and just the third time at a Slam. 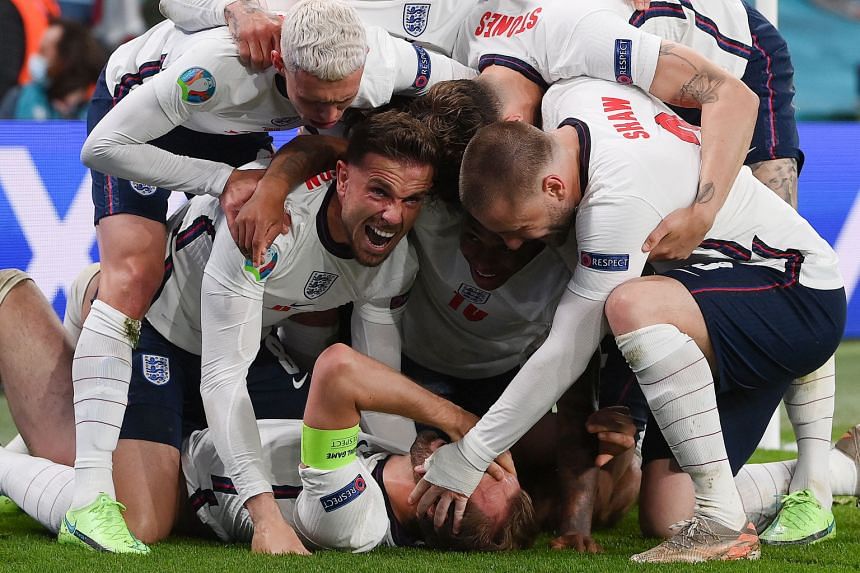 England will play in their first major tournament final for 55 years after coming from behind to beat Denmark 2-1 after extra time in front of a delirious 65,000 crowd at Wembley in Wednesday’s Euro 2020 semi-final.

Mikkel Damsgaard’s stunning free-kick after 30 minutes threatened another semi-final disappointment for Gareth Southgate’s side, three years on from losing in the last four of the World Cup.

But Simon Kjaer’s own goal eight minutes later and Harry Kane’s extra-time winner on the rebound after his penalty was saved by Kasper Schmeichel means England will attempt to win the European Championship for the first time when they face Italy back at Wembley in Sunday’s final.