At least it’s not a Baltimore rat! White House reporters shriek after 3-inch mouse falls from ceiling in press wing and into a journalists LAP

The press wing of the White House got a furry shock on Tuesday when a small mouse dropped from the ceiling and fell into an NBC News reporter’s lap.

A mixture of shrieking and sleuthing ensued as some reporters squealed and others chased the 3-inch-long invader.

President Donald Trump made headlines in July by tweeting that the Baltimore, Maryland congressional district represented by Democratic Rep. Elijah Cummings is ‘a disgusting, rat and rodent infested mess.’

White House aides stayed mum Tuesday about the baby vermin, a visible sign of a persistent problem in the building Trump calls home. 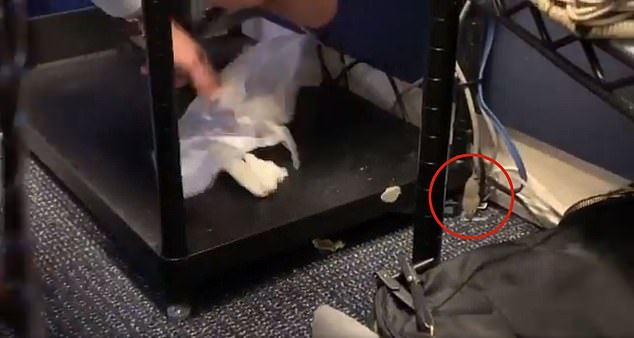 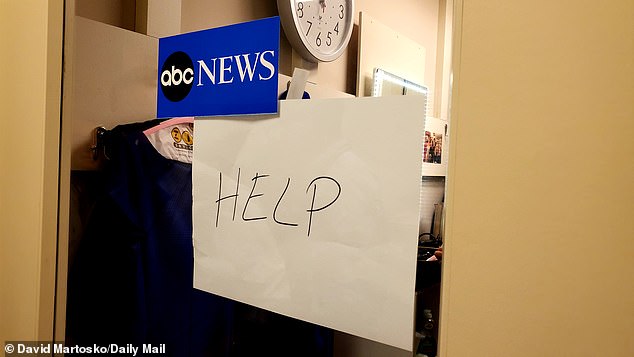 After a mouse fell through the ceiling of the NBC News booth at the White House, reporters in the adjacent ABC News booth put a joking sign on their glass-windowed door 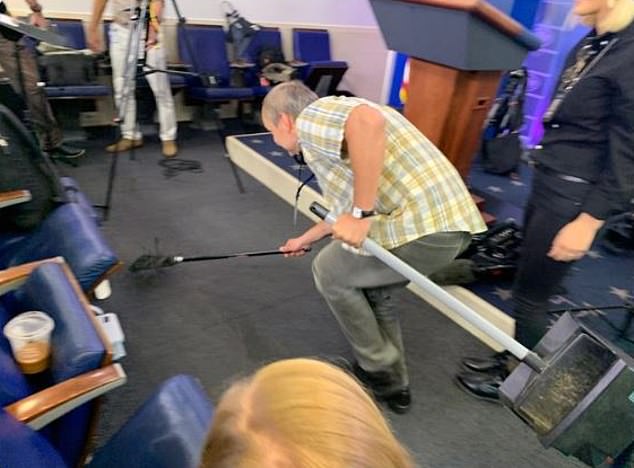 But the momentary freak-out and a brief, frantic sojourn into the White House briefing room – where most correspondents spend little time but more than a dozen gave chase – led to video clips and a splash at the top of the influential Drudge Report website.

NBC News digital reporter Shannon Pettypiece quipped that it was ‘[t]he most excitement in the White House briefing room in months.

One photographer drew the loudest yelp of the afternoon from a TV producer by tossing a small stuffed rat in her direction. The toy was a leftover prop from practical jokes the last time mice reared their heads where reporters work.

By the time Tuesday’s mouse escaped from NBC’s glass-doored booth, ABC correspondents a few feet away had hung a tongue-in-cheek ‘HELP’ sign on their door.

It ran down a carpeted hallway, found momentary refuge under a heater against the wall next to DailyMail.com’s desk, and scurried into the briefing room, where reporters lost the trail.

The press wing has had a rodent problem for years. General Services Administration exterminators have placed traps along corridors and under desks.

On September 1 one mouse left the building only to be found dead on a pathway adjacent to the briefing room.