Washington: White House officials have reportedly sent a letter to CNN's Jim Acosta indicating they will suspend his press pass again once the temporary restraining order that required them to restore Acosta's credentials expires.

The 14-day order was issued on Friday, and unless the judge extends it, it would expire at the end of the month.

In a ruling seen as a victory for press freedom, US District Judge Timothy Kelly, appointed by President Donald Trump, ordered the White House to temporarily restore Acosta's press pass on Friday while he considers the merits of the case and the possibility of a permanent order.

He said the White House has an obligation to afford due process to Acosta before it can revoke or suspend his access, and found that the White House's decision-making process in this case was "so shrouded in mystery that the government could not tell me… who made the decision".

But on Sunday night, CNN's Brian Stelter said in his "Reliable Sources" newsletter that "White House officials sent Acosta a letter stating that his pass is set to be suspended again once the restraining order expires". 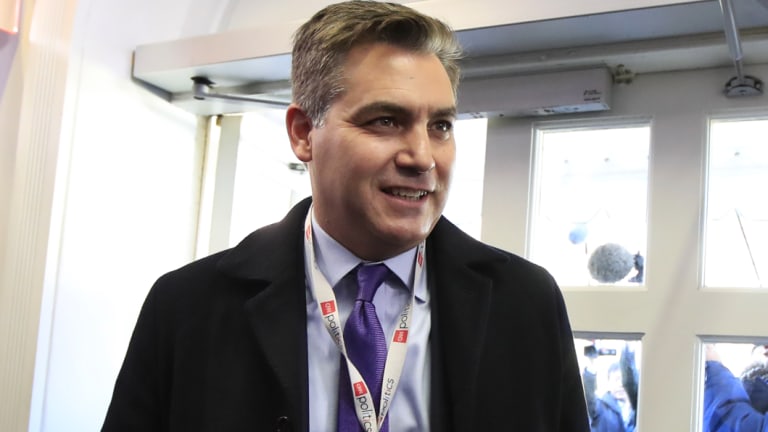 Stelter did not report the text of the letter or say whether it came only to Acosta or was submitted to the judge in the case. It was unclear whether the White House provided reasons that would somehow pass for due process in the eyes of the judge or a chance for Acosta to respond.

CNN filed for an emergency hearing on Monday, local time. The parties were also expected to file status reports on Monday explaining how they would like to proceed.

"The White House is continuing to violate the First and 5th Amendments of the Constitution," CNN said in a statement. "These actions threaten all journalists and news organisations. Jim Acosta and CNN will continue to report the news about the White House and the President."

CNN and Acosta, the network's chief White House correspondent, sued the White House and press secretary Sarah Huckabee Sanders last week after they suspended his press credentials following Acosta's minor altercation with a White House intern, who tried to take a microphone out of his hands as he questioned the President.

Sanders accused Acosta of "placing his hands on a young woman" when explaining why Acosta's pass had been suspended, but Kelly found that this allegation was "likely untrue".

In defending the White House's decision to suspend Acosta's press pass, Justice Department lawyers argued that it was not an infringement on the First Amendment because CNN had plenty of other White House reporters who are "more than capable of covering the White House complex on CNN's behalf" and Acosta himself could still "practice his profession and report on the White House" – just not at the White House.