Dallas: Federal authorities say dozens of people associated with white- supremacist gangs in Texas have been indicted on drug trafficking charges, including four accused in a kidnapping in which a hatchet was used to chop off a victim's finger.

Authorities said Monday that 57 people are charged. Forty-two were arrested last week, nine people were already in custody on unrelated charges and six are still being sought. 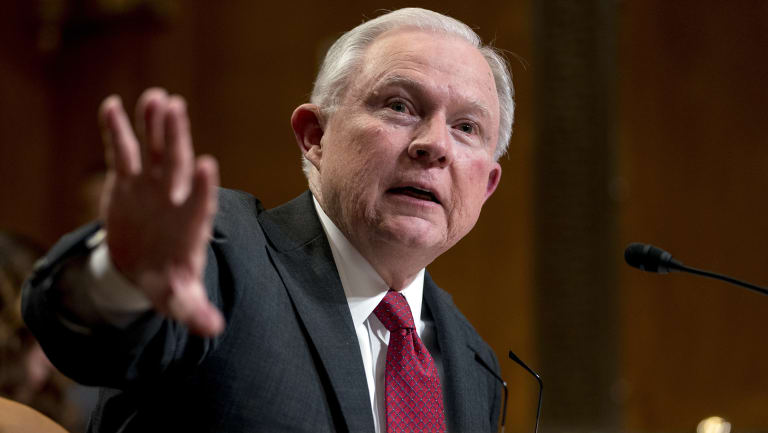 An indictment alleges the defendants were members of the Aryan Brotherhood of Texas and other gangs. Prosecutors allege the scheme operated from October 2015 through this month as members conspired to distribute methamphetamine in Texas.

"Not only do white supremacist gangs subscribe to a repugnant, hateful ideology, they also engage in significant, organised and violent criminal activity," Attorney General Jeff Sessions said in a Justice Department statement.

"The quantities of drugs, guns and money seized in this case are staggering," he said.

Four white supremacists kidnapped someone this past January and held that person captive through February in an effort to obtain drug proceeds they believed were owed to them. Investigators say the victim was beaten and had a finger lopped off.