PICTURED: White woman arrested for hurling abuse at two Mexican shoppers for speaking Spanish in a grocery store and demanding they learn English because ‘you’re in my country’

A white woman who was arrested for harassing two Mexican shoppers for speaking Spanish inside a Colorado grocery store has been identified.

Linda Dwire, 64, was booked into Garfield County Jail on Monday night and charged with two counts of bias-motivated harassment after shocking video of the confrontation surfaced.

The footage shows her lecturing Fabiola Velasquez and Isabel Marin in the aisle of a City Market in Rifle after asking if they lived in the US.

She kept berating the pair and insisted they should be speaking English until Kamira Trent rushed to their defense and told the her to stop, or she would call the cops.

‘You don’t harass people,’ Trent can be heard saying. ‘Get out of here! Now!’ 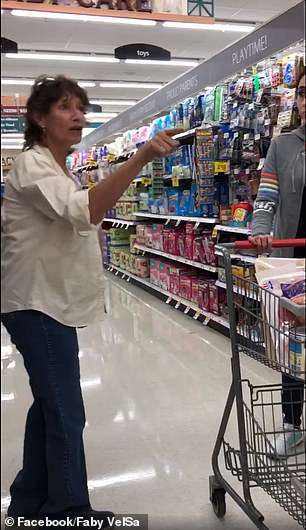 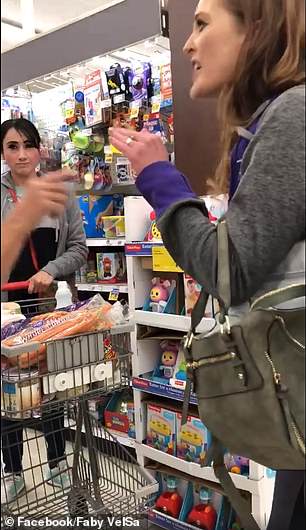 Linda Dwire (seen left) was booked into Garfield County Jail, Colorado, on Monday night and charged with two counts of bias-motivated harassment after shocking video of the confrontation surfaced. She berated two Mexican women for speaking Spanish in a store

The clip showing Trent intervening has gone viral, with more than 800,000 people view on Facebook as of Friday afternoon.

Dwire has since been released from jail and is due back in court in November.

Velasquez told BuzzFeed News that the confrontation began when Dwire interrupted their conversation and told them they needed to learn English.

‘You’re in America. You’re in my country. You can’t speak Spanish here. You need to speak English if you’re going to be in America,’ she told the pair.

Velasquez, who has been in the US for eight years, was in the market with her son and two daughters.

She said Dwire kept wagging her finger in their faces until Trent stepped in.

After Trent threatened to call the cops, Dwire says: ‘You come from a generation that’s destroying this country. 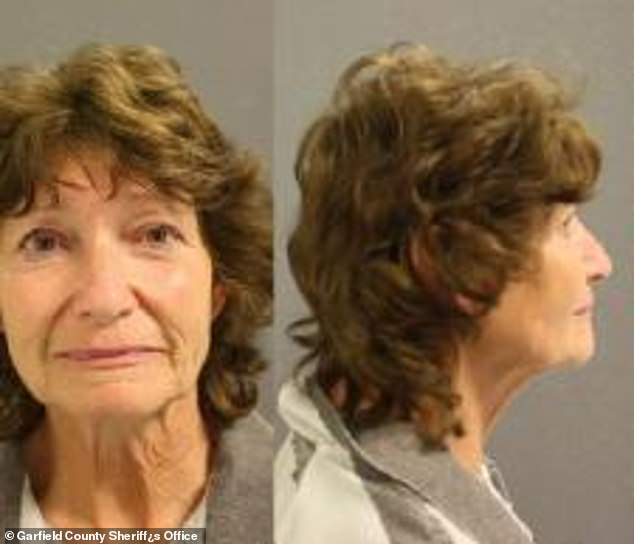 Dwire (pictured in her mugshot) defended her right to freedom of speech when cops asked her what happened. She also insisted in an interview that the confrontation was nothing to do with race and was a ‘patriotic thing’

‘No I do not. I have respect. You do not harass people,’ Trent says in response.

‘You do not harass Hispanic women!’ Trent is then heard saying while walking out of the store.

Trent told BuzzFeed that she decided to intervene when she saw Dwire wasn’t going to leave the helpless women alone.

Dwire defended her right to freedom of speech when she was asked for her take on the incident by the cops who arrested her.

She told one officer the pair ‘didn’t have the respect to speak English,’ and she was offended they were speaking Spanish in the store.

She told BuzzFeed: ‘It has nothing to do with race. It’s a patriotic thing,’ Dwire said. ‘When people come to my country, they need to love it enough to speak English.’

Dwire was criticized on social media and dubbed a ‘racist; but many others praised Trent for her actions.

One person said: ‘Thank you for this young lady with such a caring heart’. 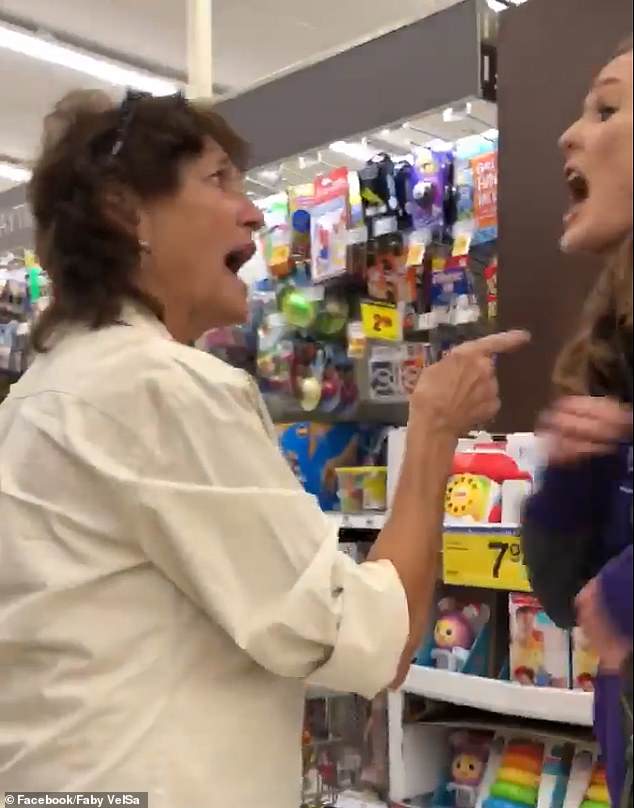 The clip shows Dwire (above) confronting Good Samaritan Kamira Trent, who stepped in when she overheard the confrontation 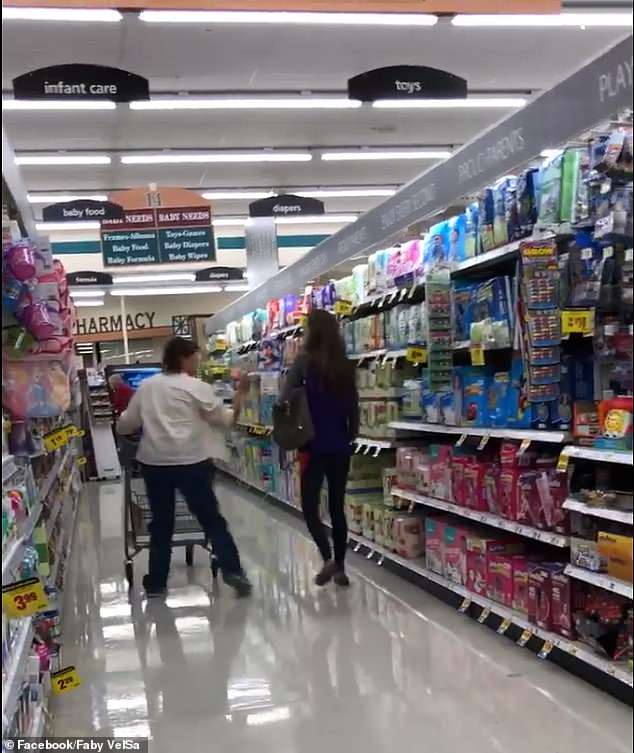 ‘You don’t harass people,’ Trent can be heard saying in the clip. ‘Hey, get out of here! Now!’ ‘You do not harass Hispanic women!’ Trent is then heard saying while walking out of the store 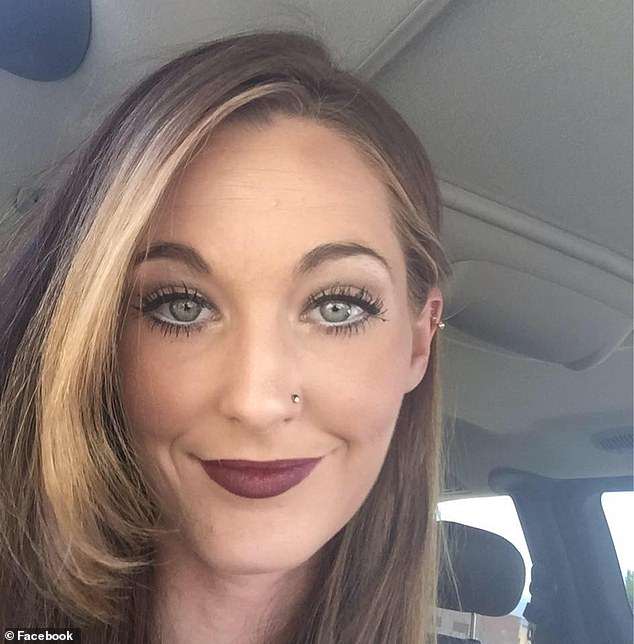