Here's all you need to know about the Tory MP for Putney and what she's said about becoming Prime Minister. 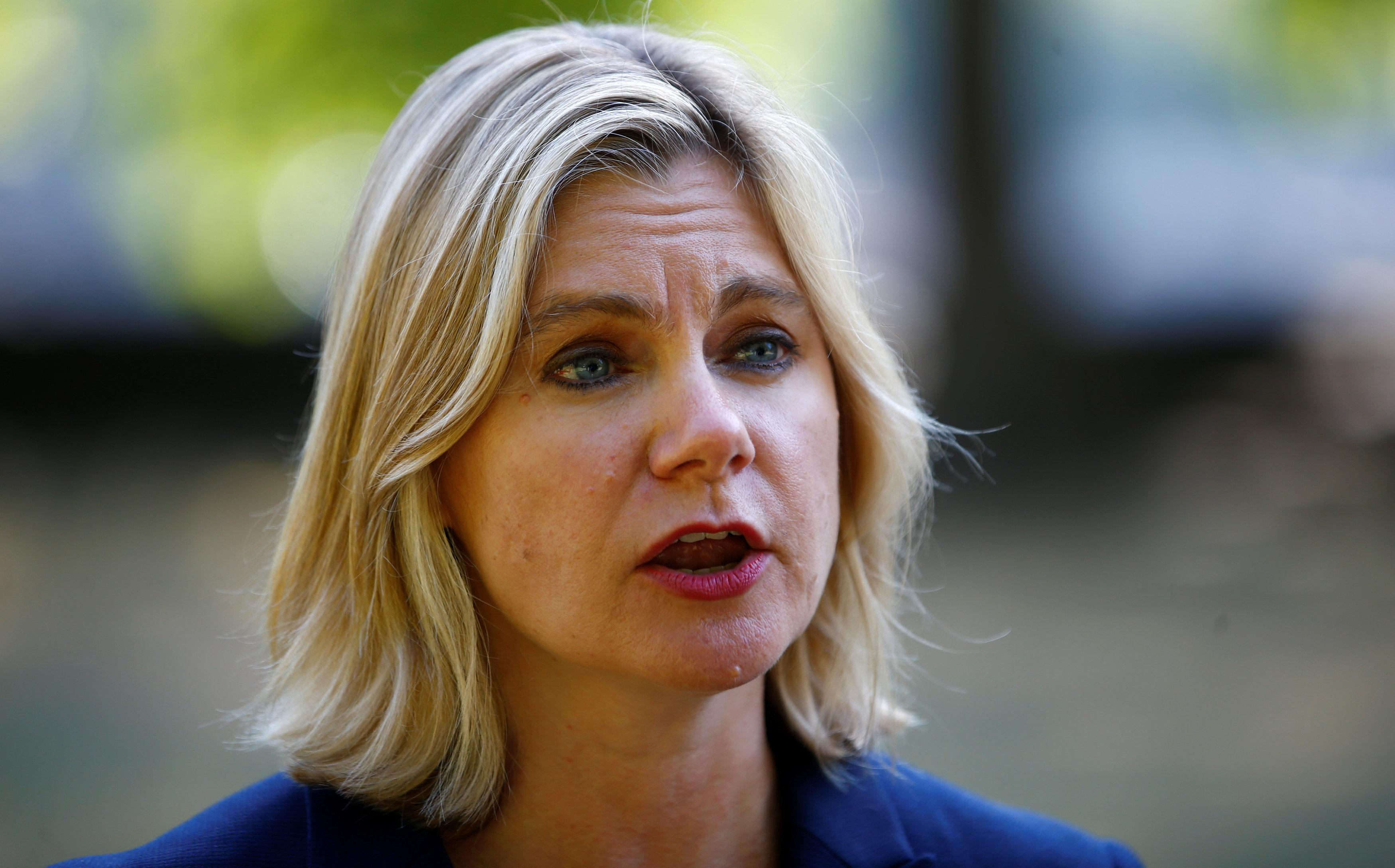 Who is Justine Greening?

Justine Greening, 49, has been at the forefront of Conservative politics for much of the last decade.

David Cameron brought her into his front bench team in 2009 as shadow minister for London.

The following year she became Economic Secretary to the Treasury, and a year after that she was promoted to Transport Secretary.

She then served four years as International Development Secretary.

When Theresa May took over in Downing Street in July 2016 she promoted Ms Greening to Education Secretary. She was also Minister for Women and Equalities.

In January 2018 she quit the government after refusing a move to the Work and Pensions brief as part of a reshuffle.

She said she would return to campaigning from the backbenches.

May's chief of staff Nick Timothy later claimed she was sacked because she had blocked a cut in university tuition fees.

Greening, elected MP for Putney in South West London in 2005, has long been opposed to a third runway at Heathrow.

She has also campaigned on social mobility, suggesting in May 2018 that applicants from sink schools should get jobs ahead of Old Etonians.

Greening went to a comprehensive school in Rotherham and qualified as an accountant before entering politics.

In June 2016 she revealed she was in a same-sex relationship.

Referring to the referendum two days earlier, she said on Twitter: "I campaigned for Stronger In but sometimes you're better off out!” 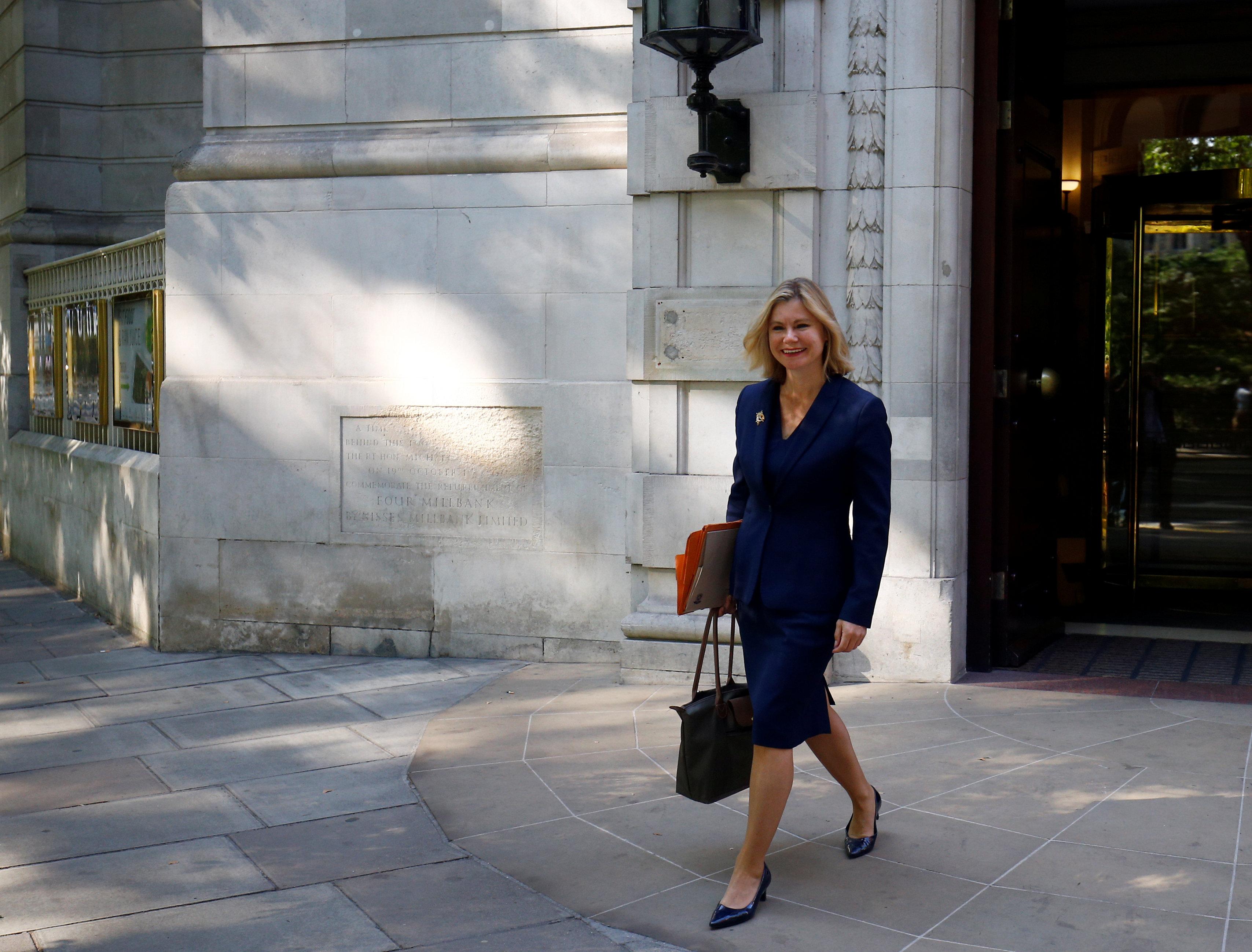 What has she said about becoming Prime Minister?

Speaking on Good Morning Britain on October 29, Greening laid out her plans for equal opportunities across the country as well as change within the Conservative Party.

She said: "I'm committed to doing whatever I can to make sure that in this country for the first time it doesn't matter where you're growing up, you get the same opportunities.

"I think we need to have the same level of ambition on that governments have had in the past in creating the welfare states and setting up the NHS.

"We need a guarantee on opportunity for people in this country in the same way that we tried to give them guarantees on health and guarantees on dignity if they are falling out of work."

In response, Greening said: "Things need to change, and I think people need to have some hope for the future that Britain can be a country that runs differently and more fairly than it does at the moment.

"I might be prepared to [go forward for leadership] but I'm more interested in the Conservative Party actually showing what it can do for this country.

"Yes, we spend a lot of time having to fix the nation's finances but what we now need to do is discover – maybe discover – our own mission, which has got to be about how we make sure that young people in this country have the same access to opportunity.

"The talent is spread evenly, the problem with Britain is that opportunity isn't and that's what we've got to fix," she said. "I didn't have a life mission to come into politics, I just want to see change on the ground, it's as simple as that."

Why has Justine Greening called for a second referendum?

Justine Greening, who campaigned for Remain in 2016, has sided with pro-EU Tory rebels such as Dominic Grieve and Nicky Morgan in the Commons since she quit the Cabinet.

In July 2018 she used a newspaper article to attack the Prime Minister's Chequers agreement on a "soft" Brexit with common standards with the EU on goods.

The deal sparked open warfare in the Tory party as two senior Cabinet minsters and a host of junior ministers and aides quit, leaving May's government on the brink of collapse.

Greening waded into the row to say the Chequers deal is a "fudge" and politicians were in "stalemate" over what to do.

She wrote in The Times: “The only solution is to take the final Brexit decision out of the hands of deadlocked politicians, away from the backroom deals, and give it back to the people."

She suggested a fresh referendum offering three choices: accept a deal that will be brokered with Brussels later this year; reject the deal and make a clean break with the EU next March; or stay in the EU.

Greening is said to have the support of other Remain-backing Tories including Amber Rudd, the former Home Secretary.

Downing Street said such a vote was not on the cards.

"There is not going to be a second referendum under any circumstances."