Who is Kimberly Potter, the cop involved in the Daunte Wright deadly shooting

City manager fired after calling for due process in police shooting

The Minnesota cop charged with shooting and killing a 20-year-old Black man during a traffic stop Sunday afternoon has been identified.

The officer is Kimberly A. Potter, whose career with the Brooklyn Center Police Department has spanned more than 25 years, the Star Tribune reported.

Potter, 48, is accused of fatally shooting Daunte Wright. Brooklyn Center Police Chief Tim Gannon described the shooting as “an accidental discharge,” and said she had meant to fire a Taser, not a handgun. 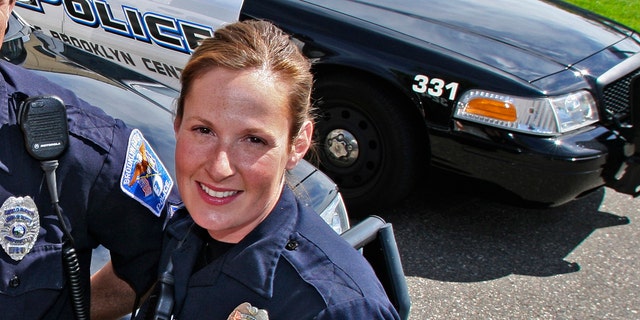 After firing a single shot from her handgun, the car speeds away, and the officer is heard saying, “Holy (expletive)! I shot him.”

The Hennepin County Medical Examiner’s office said in a statement that Wright died of a gunshot wound to the chest “and manner of death is homicide.”

State records cited by The Tribune indicate Potter became a licensed police officer in Minnesota in 1995 at the age of 22.

She is reportedly married, with two adult sons, and lives with her husband – who is also a police officer – in another Minneapolis suburb.

It remains unclear whether Potter has retained a lawyer who could speak on her behalf. Gannon said earlier that she had been placed on administrative leave.

According to The Tribune, Potter was involved in another fatal shooting in August 2019. She was reportedly the first to arrive at a scene where Kobe Dimock Heisler died after rushing officers with a knife. 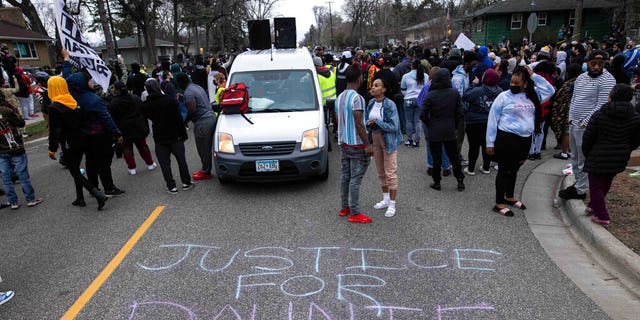 Potter has also been a union president for Brooklyn Center police officers, and was a longtime member of the Law Enforcement Memorial Association, The Tribune reported. In 2017, she was reportedly among 11 officers who received a Chief’s Unit Certificate of Commendation for a death investigation the year prior.

Wright’s death has sparked protests in the metropolitan area, which has already been on edge because of the trial of the first of four police officers charged in George Floyd’s death.