Who was Dick Hoyt and how did he die?

DICK Hoyt, of the Boston Marathon's Team Hoyt, passed away on Wednesday, March 17.

Dick spent his life in disability advocacy and education, and Team Hoyt was inspiring to thousands. 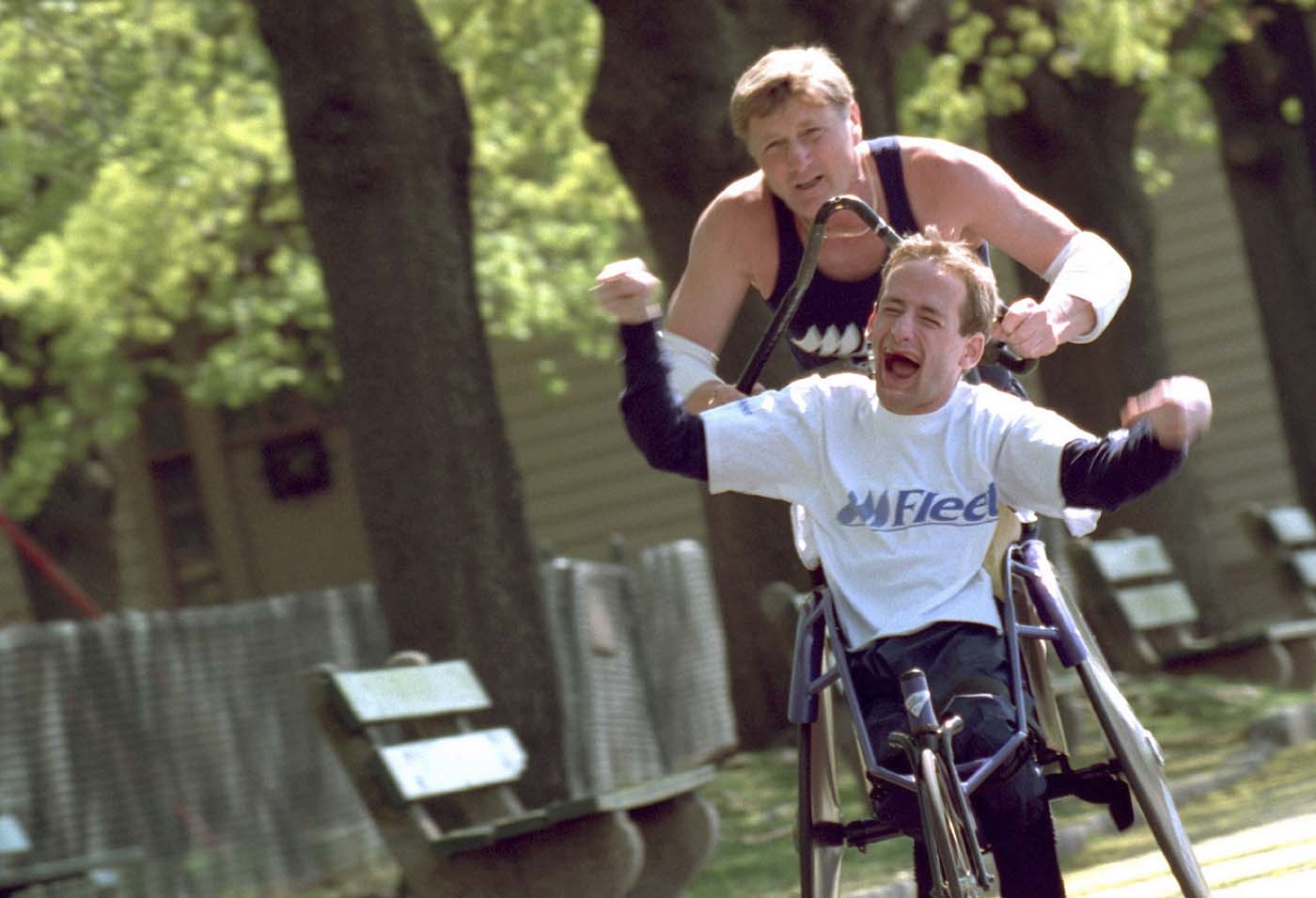 Who was Dick Hoyt?

Dick Hoyt was a Boston marathon runner who had been competing in the race with his son, who has cerebral palsy, since 1980.

In 2013, a statue of the inspiring duo was erected in front of a school in Hopkinton, near the Boston Marathon’s starting line. 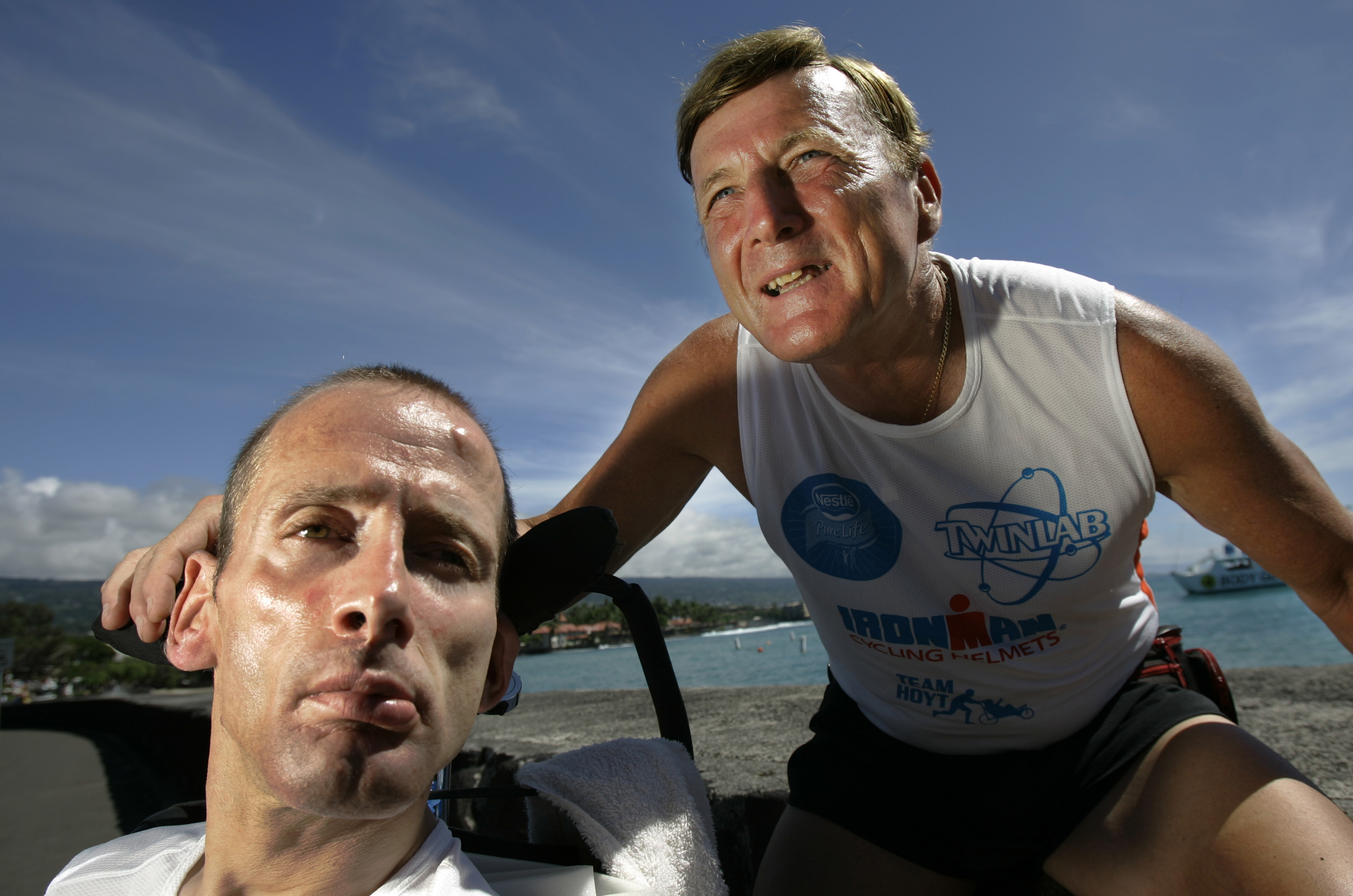 “I know it’s a cliche, but I want people to know that I thought my father was a hero, not just because he pushed Rick in the marathon, but because he was a great father to all of us you could talk to about anything,” he said.

“He inspired people to look at all their children as equals no matter their disability.”

How did Dick Hoyt die?

Dick passed away quietly in his sleep at his Holland, Massachusetts, home on March 17,

“He had an ongoing heart condition that he had been struggling with for years and it just got the better of him,” Russ Hoy, another one of his sons, said.

Russ and his other brother, Rob, broke the news to Rick. 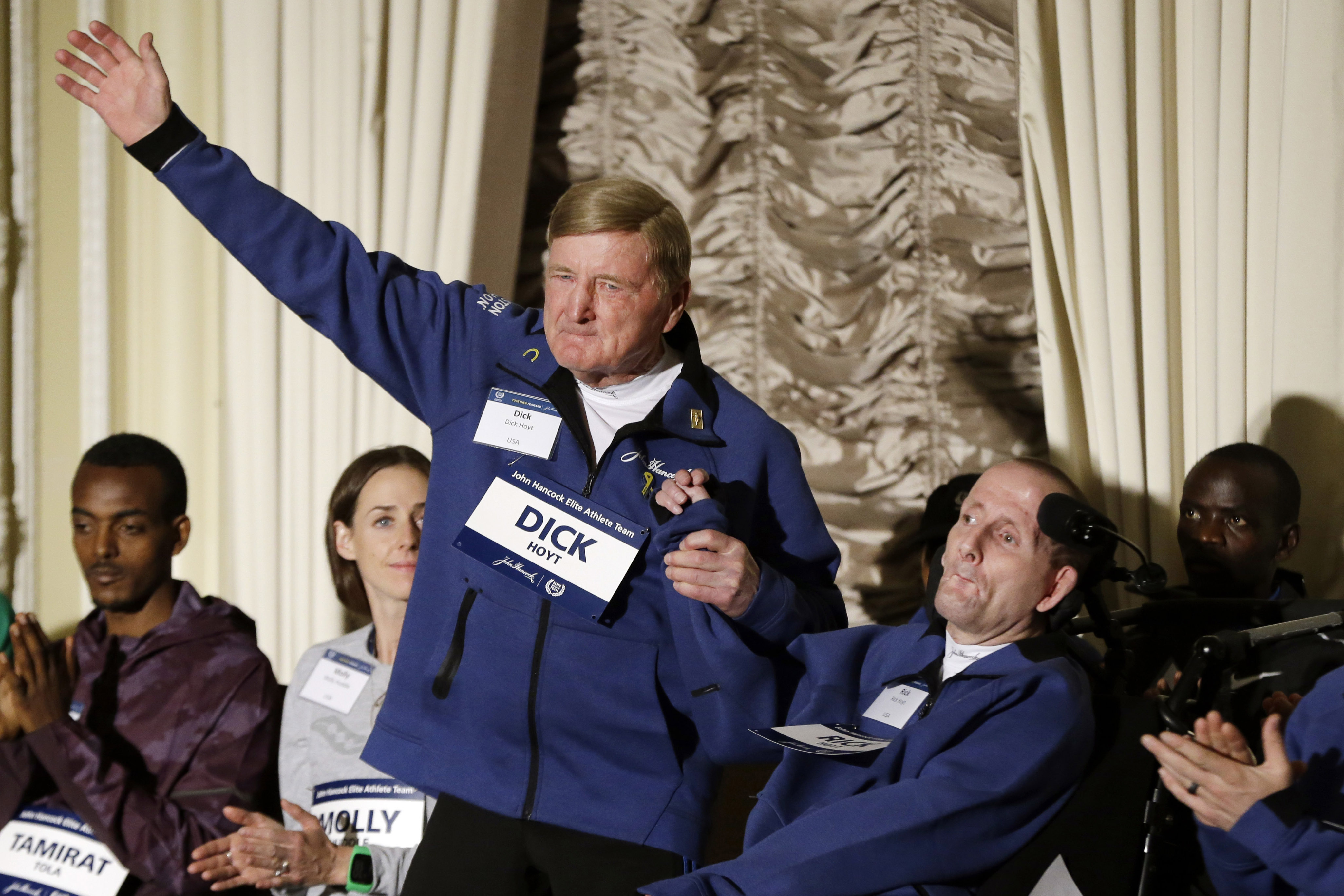 Rick Hoyt is still alive and competing in Boston marathons.

Bryan Lyons, a dentist, took over pushing Rick starting in 2015 until his unexpected death last June at age 50.

“Dad, when I’m running, it feels like I’m not disabled,” Rick told his father according to the Team Hoyt website. 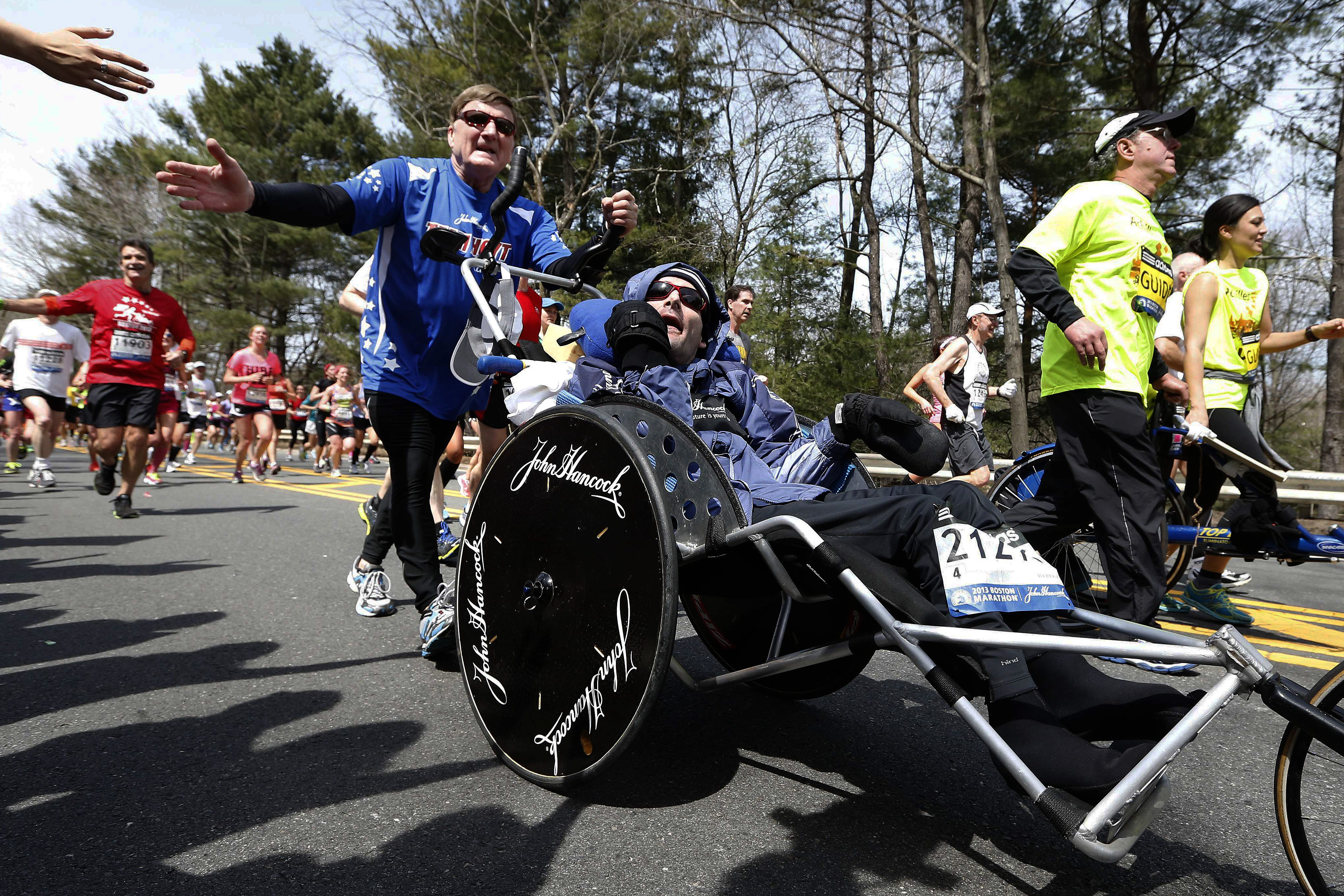 Team Hoyt competed participated in more than 1,000 races together, including duathlons and triathlons and in 1992 even completed a run and bike across the U.S., covering 3,735 miles.

The pair posted their fastest time in 1992 at the Marine Corps Marathon in Washington and Virginia: 2 hours 40 minutes 47 seconds.

How many marathons did Team Hoyt complete together?

Dick served as Grand Marshal of the 2015 race in recognition of his accomplishments.

The Boston Athletic Association, which runs the marathon, called Hoyt a legend. 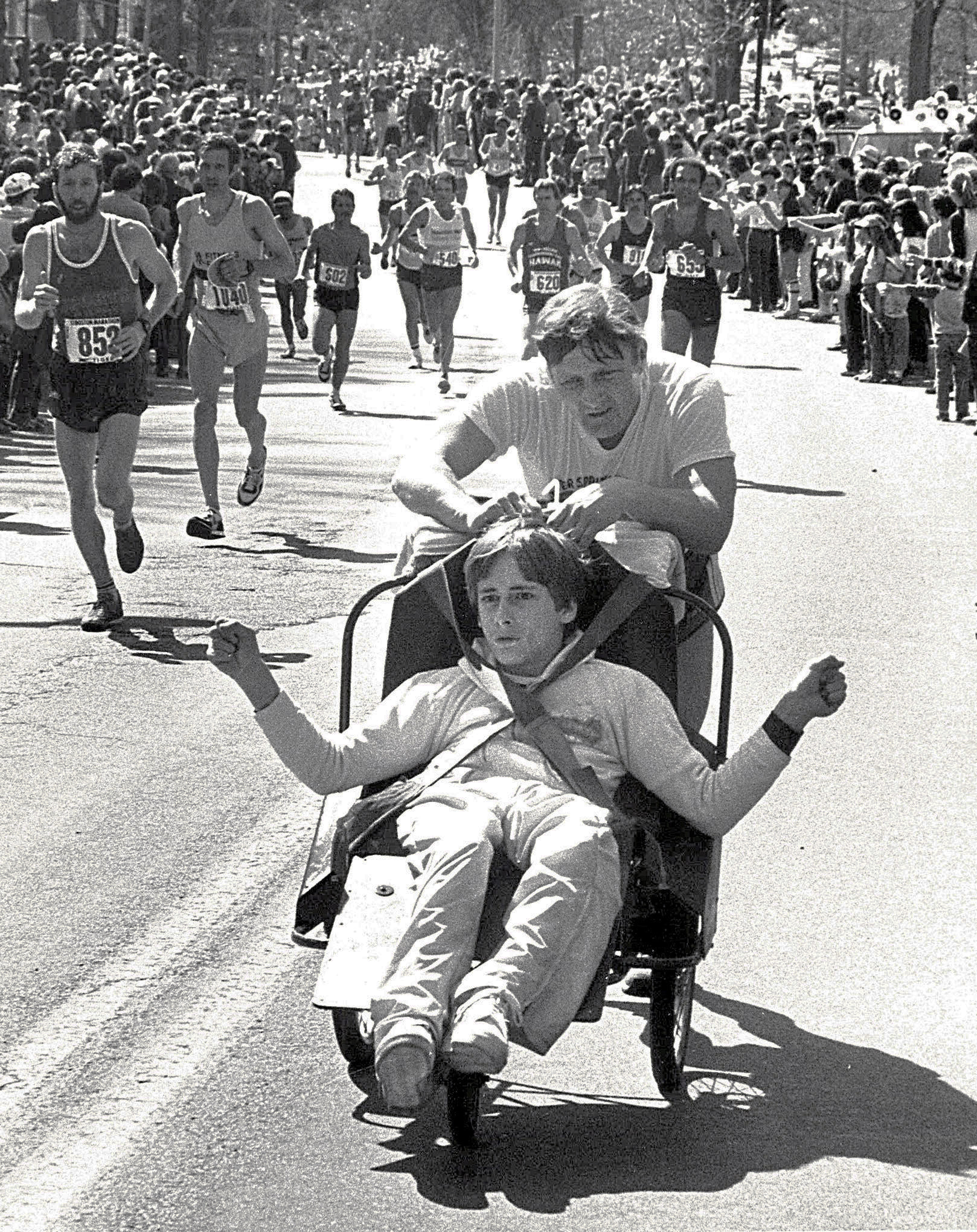 “The B.A.A. is tremendously saddened to learn of the passing of Boston Marathon icon Dick Hoyt,” the organization said in a statement.

“Dick personified what it meant to a be a Boston Marathoner, showing determination, passion, and love every Patriots Day for more than three decades."

"He was not only a fan favorite who inspired thousands, but also a loyal friend and father who took pride in spending quality time with his son Rick while running from Hopkinton to Boston.”