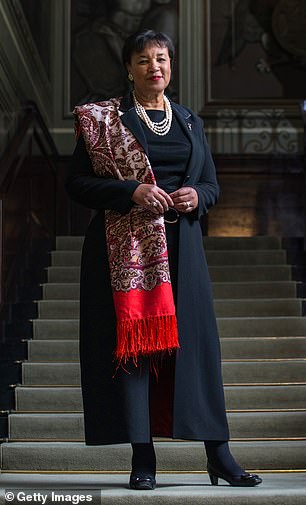 Baroness Scotland 63, has faced a torrent of criticism since taking over as secretary-general of the Secretariat in April 2016

More than half a million pounds of the foreign aid budget has been lavished on a royal palace used as offices by Baroness Scotland, it can be revealed today.

Official figures show that £589,772 of taxpayers’ money has been spent on Marlborough House in two years.

The building, located on Pall Mall next to St James’s Palace, is the international headquarters of the Commonwealth Secretariat, which is headed by Baroness Scotland.

The funding, which was handed over by the Department for Digital, Culture, Media and Sport, was counted towards the controversial 0.7 per cent foreign aid spending target.

The Queen made the London property available to the Commonwealth after the secretariat, the body’s civil service, was established in 1965.

As the secretariat’s international headquarters, it has been used as the venue for a number of independence negotiations and Commonwealth conferences, including the Commonwealth Heads of Government Meeting earlier this year. 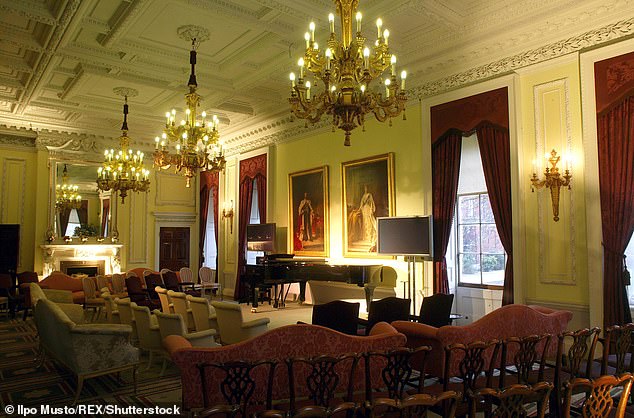 The recital room inside Marlborough House, London, England. The building, located on Pall Mall is the international headquarters of the Commonwealth Secretariat 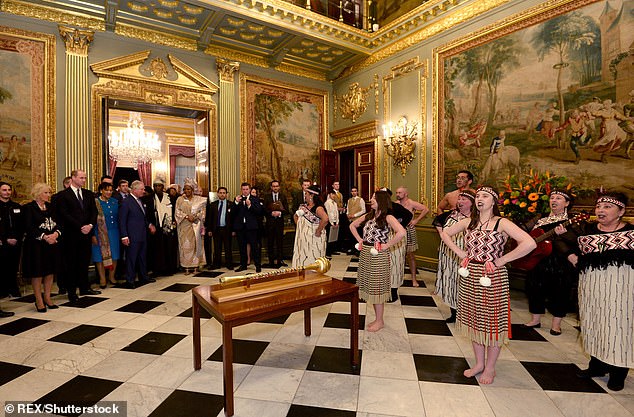 It is also used by Baroness Scotland to host a glitzy annual reception to mark Commonwealth Day, although the Queen stayed away from the most recent party in March in what was interpreted as a snub over her displeasure at the way the secretariat was being run.

Baroness Scotland 63, has faced a torrent of criticism since taking over as secretary-general of the Secretariat in April 2016. She was nicknamed ‘Baroness Brazen’ and ‘Baroness Shameless’ after she spent £338,000 refurbishing her nearby grace-and-favour apartment in Mayfair.

The baroness, a former Labour attorney general, has also been attacked for appointing political allies to key posts in the secretariat. 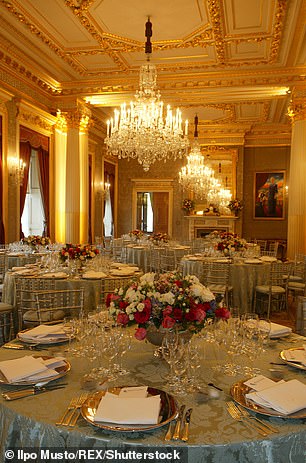 She denies the accusations of wasteful spending and insisted no procurement rules were broken. In an interview last August, she told The Guardian: ‘It’s unfair to refer to me as Baroness Brazen on a false premise that I have been profligate…

‘I am amazed they think this is a proper issue for a secretary general of an international organisation to be consumed by.’

In October, a senior official who was hounded out of his Commonwealth Secretariat job while working under Baroness Scotland was handed nearly £300,000 in compensation.

Ram Venuprasad was pushed out after he was wrongly blamed for leaking documents to the Daily Mail.

He was Lady Scotland’s former head office deputy when a disciplinary board ruled against him while he was on sick leave.

A tribunal ruling found the process by which Mr Venuprasad was removed from his job ran against both secretariat rules and natural justice.

The Commonwealth Secretariat was set up to support the 53 member nations to achieve development, democracy and peace.

Marlborough House was completed in 1711 after Sir Christopher Wren had been commissioned to draw up the plans for it. 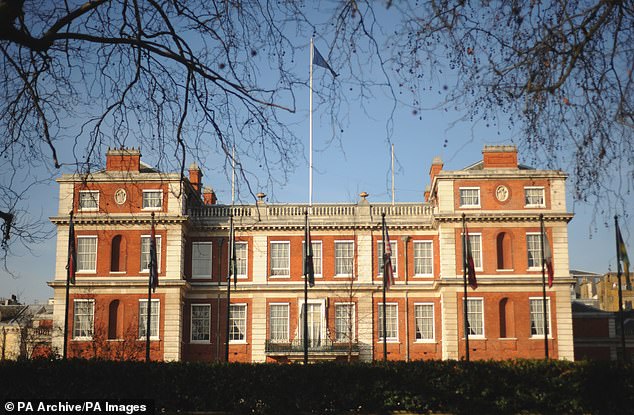 Its occupants have included five Dukes and Duchesses of Marlborough, three Dowager Queens, three Princes of Wales who later became Kings, and Prince Leopold, who became King of the Belgians.

According to the Commonwealth Secretariat website: ‘The fine rooms of Marlborough House contain exquisite murals, tapestries, paintings and sculptures which relay the history of the building and its various occupants over many centuries.’

Under controversial targets brought in by David Cameron, the country is committed to sending 0.7 per cent of our national income on official development assistance every year.

The latest figures mean that £67.7billion has been spent on foreign aid since the goal was first met in 2013 – the equivalent of £2,300 per household.

The Organisation for Economic Co-operation and Development based in Paris is responsible for setting the rules on what can be counted as official development assistance.

The Commonwealth Secretariat and the culture department were approached for comment.