Will the Bank of England get its first female Governor? Several women are among frontrunners for £480,000-a-year job as search begins for Mark Carney’s replacement

The hunt is on for a new Governor of the Bank of England to replace Mark Carney.

Chancellor Philip Hammond yesterday kicked off the search for the 121st head of Britain’s central bank to succeed the Canadian when he leaves at the end of January.

The move sparked speculation that the Government could hire another foreigner to the £480,000 a year job – or a woman.

Mr Carney, 54, became the first foreign Governor in July 2013. But there has not been a female Governor in the Bank’s 325-year history. Names in the frame include Raghuram Rajan, a former governor of the Reserve Bank of India, and Baroness Vadera, a minister under Gordon Brown during the financial crisis.

Others linked with the job are current deputy governor Sir Jon Cunliffe, and Andrew Bailey, head of the Financial Conduct Authority, the City watchdog. 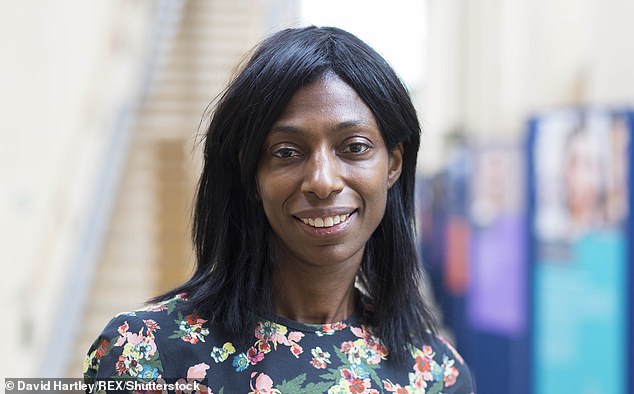 Ofcom boss Sharon White (pictured), a former second permanent secretary to the Treasury, is among the women tipped for the Bank of England’s top job

Former deputy governor at the Bank of England and now chief executive of the Financial Conduct Authority, the City watchdog.

The Bank’s deputy governor for financial stability since 2013 and former UK ambassador to the European Union.

Born in Uganda, the former investment banker became a minister under Gordon Brown during the financial crisis. She is now chairman of Santander in the UK.

A high-flying civil servant, she was second permanent secretary to the Treasury from 2013 to 2015 before becoming chief executive of the media regulator Ofcom. She is married to Robert Chote, who is head of the Office for Budget Responsibility.

Mr Hammond wants a Governor with an international reputation for one of the most powerful jobs in UK public life.

The Bank Governor oversees the setting of interest rates and regulates the City of London, one of the world’s leading financial centres.

Speaking to MPs on the Treasury select committee yesterday, the Chancellor said he was looking for a candidate ‘of the highest calibre’ who could serve a full eight-year term. ‘The Governor of the Bank of England plays a very significant role in the international discussions between central bank governors and it is very much in our interests we have someone recognised and respected at the highest levels of the international central bank circuit,’ he said.

Of the contenders, Mr Rajan served as chief economist at the International Monetary Fund. The 56-year-old, now based in Chicago, is a highly respected economist who warned of a financial crisis as early as 2005.

Other overseas candidates include Agustin Carstens, the Mexican-born general manager of the Swiss-based Bank for International Settlements. He is a former finance minister and central bank governor of Mexico. A number of women have also been touted, including Baroness Vadera, who was a minister under Gordon Brown during the financial crisis and is now chairman of the UK arm of Santander.

Others said to be in the frame are Dame Minouche Shafik, the Egyptian-born director of the London School of Economics who was deputy governor at the Bank from 2014 to 2017, and Ofcom chief executive Sharon White, a former high-flying civil servant at the Treasury. 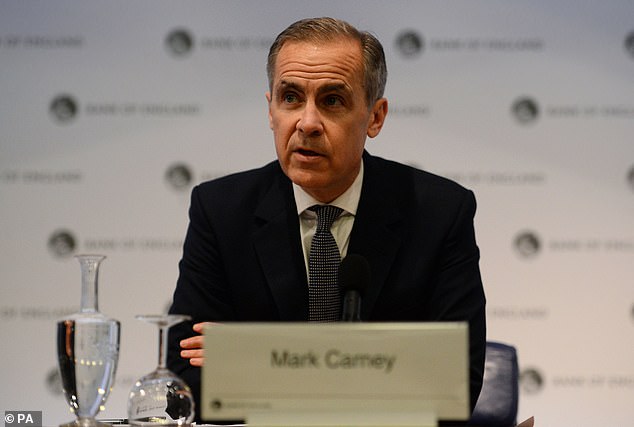 Mark Carney, pictured in London, is stepping down next January, prompting speculation that the Government could hire another foreigner to the £480,000 a year job – or a woman

Janet Yellen, former chairman of the Federal Reserve, the mighty US central bank, has also been mentioned along with IMF managing director Christine Lagarde.

But the early favourites also include a number of ‘insiders’. Mr Bailey is a former deputy governor at the Bank who took over as chief executive of the FCA in 2016.

Before joining the Bank in 2013, Sir Jon was the UK’s ambassador to the European Union. Sir Jon’s fellow deputy governors Ben Broadbent and Dave Ramsden and the Bank’s chief economist Andy Haldane are also thought to be in the running.

For the first time, the government has hired a specialist headhunter, Sapphire Partners, to help with the search.

The Treasury expects to hold interviews over the summer ahead of an autumn appointment.