LONDON (Reuters) – The British parliament is set for a September showdown between Prime Minister Boris Johnson’s “do or die” pro-Brexit government and those implacably opposed to leaving the European Union without a divorce deal. 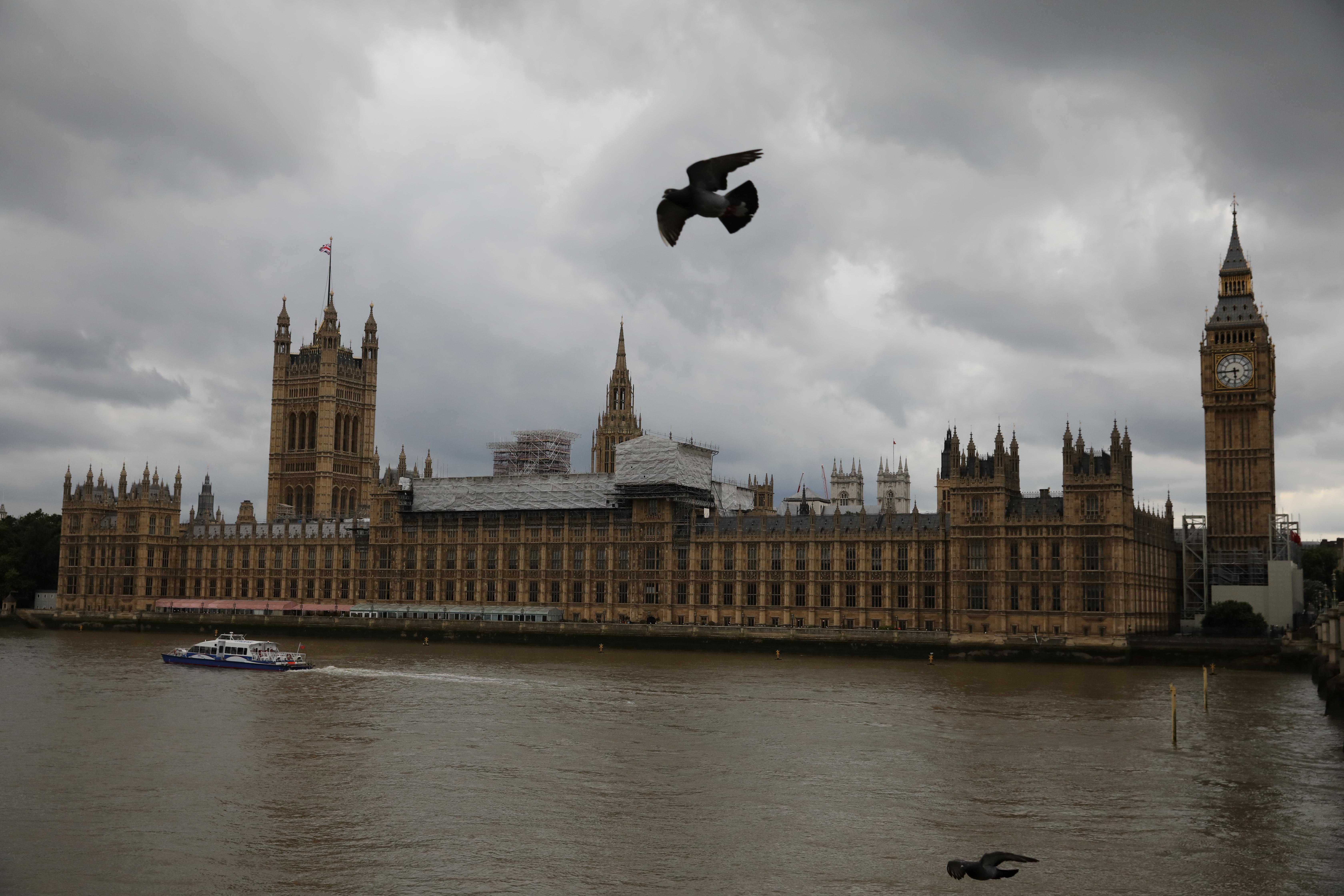 Johnson says Britain will leave the EU with or without a deal on Oct. 31 and is refusing to negotiate with Brussels until it agrees to change the Withdrawal Agreement, the deal it negotiated with his predecessor Theresa May. Brussels says it won’t renegotiate.

The impasse leaves Britain on course for a no-deal exit unless parliament can stop it.

“There is no popular mandate for a no-deal Brexit and no parliamentary mandate for one either,” he wrote in the Times. “The hardliners may make the most noise but they are not the most numerous.”

Johnson’s office declined to comment on the record, but unnamed sources in his team accused Hammond of failing to prepare the country properly when he was finance minister and having a secret agenda to halt Brexit.

Hammond hit back, saying on Twitter he wanted to deliver Brexit, but not without a divorce deal to smooth the transition and protect the economy.

The spat shows a change in leadership over the summer has done nothing to heal the divisions that felled May, raising the chances of a full-blown constitutional crisis on the way to a no-deal Brexit.

The signals point to a frantic 78 days ahead as parliament takes on prime minister, testing the country’s unwritten constitution.

Lawmakers return from their summer break on Sept. 3, reconvening in the Palace of Westminster on the banks of the River Thames for a fight over Brexit that will determine the fortunes of the world’s fifth-largest economy.

Johnson has staked his leadership on an Oct. 31 Brexit and left little room for maneuver. He has refused to rule out suspending parliament until after Britain leaves the EU and aides have reportedly said he could delay any election until November if he lost a vote of no confidence.

Lawmakers have been scouring parliamentary rulebooks looking for a way to either apply pressure for a change of course or seize control of the agenda and change the law to reverse or delay Brexit.

Johnson says parliament is undermining his negotiations, causing the EU to wait and see if efforts to block a no-deal exit are successful.

Speaker John Bercow, the arbiter of disputes on parliamentary procedure, said he would fight any attempt to bypass or close down parliament to secure Brexit.

Votes in parliament have shown on several occasions there is majority support for measures to block or hinder a no-deal exit.

But any majority would be unstable, made up of lawmakers from different parties that are ideologically opposed, except when it comes to stopping a no-deal Brexit.

And with the government controlling the tight parliamentary timetable and capable of starving opponents of opportunity to make their move, the Institute for Government think tank says lawmakers face a huge challenge.

“Even if they can assemble a majority for something, they may find few opportunities to make their move – and time is running out,” said Joe Owen, Brexit program director.