President Donald Trump cancelled a scheduled press conference at the G20 on Saturday, writing in a tweet that it was done ‘out of respect for the Bush Family and former President George H.W. Bush.’

But the president has many questions to answer about his accomplishments at his meetings here, the new guilty plea from his former personal attorney Michael Cohen and the status of the Russia investigation.

‘I was very much looking forward to having a press conference just prior to leaving Argentina because we have had such great success in our dealing with various countries and their leaders at the G20….

….However, out of respect for the Bush Family and former President George H.W. Bush we will wait until after the funeral to have a press conference,’ he wrote in a pair of tweets on Saturday morning. 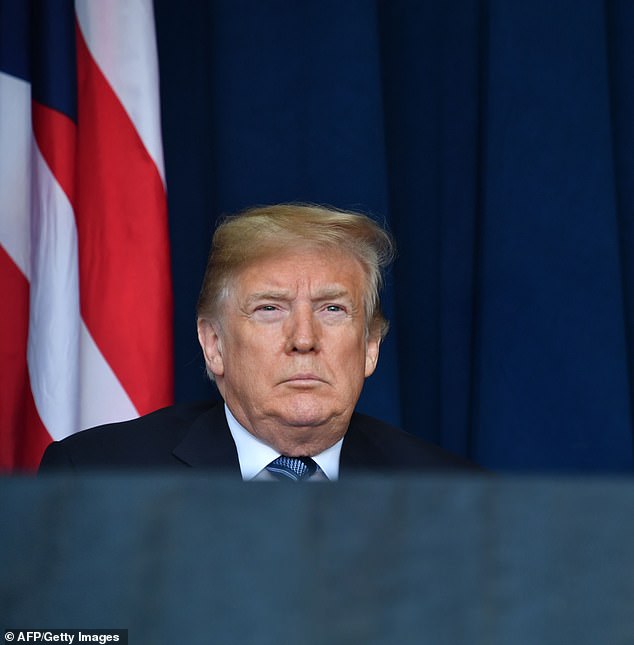 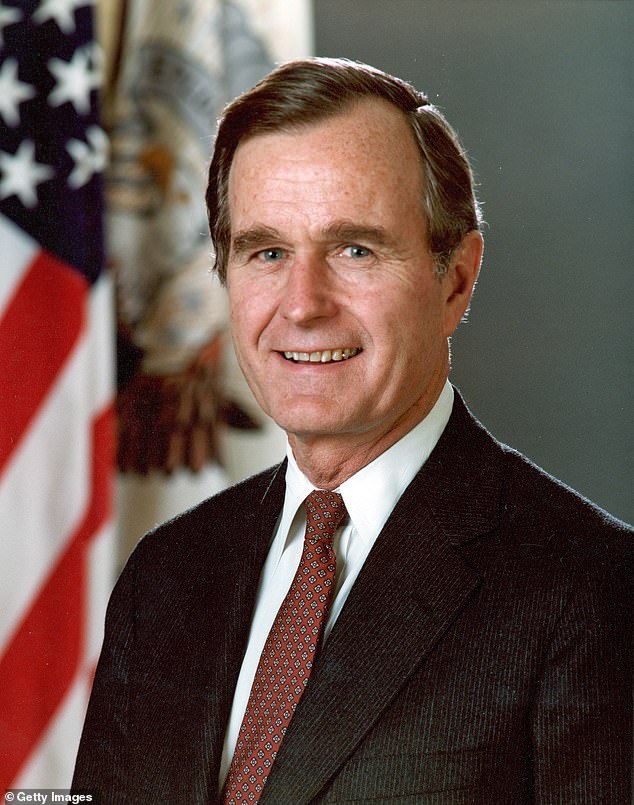 Trump said it was done out of respect for the Bush family in the wake of the death of former President George W. Bush

But the optics of a press conference in the wake of the former president’s death would likely not paint the White House in a good light.

Trump was likely going to be asked about his former personal attorney Michael Cohen’s new plea deal and the questions the president answered for special counsel Robert Mueller.

He also does not have a lot to announced after nearly two days at the G20.

The press conference was scheduled before his dinner meeting with Chinese President Xi Jinping on Saturday night, leading to questions about why the administration would hold such an event before the dinner, where a trade deal was to be discussed.

Trump has remained optimistic that a trade deal can be reached with Beijing.

‘We’re working very hard. If we can make a deal that’d be good. I think they want to, and I think we’d like to,’ he told reporters during a meeting with Japan’s Shinzo Abe. ‘There’s some good signs. We’ll see what happens.’

But he also said as he was leaving the White House on Thursday for Buenos Aires that he’s ‘open’ to an agreement with China, but he’d be content with the ‘deal’ that’s already in place between the nations, in an apparent reference to the $250 billion in tariffs he’s slapped on the rival power since June.

The one trade deal the president did – with Mexico and Canada – was overshadowed by the obvious unhappiness of Canadian Prime Minister Justin Trudeau, who wouldn’t confirm his attendance to the event until late the night before.

Trudeau used the occasion to chastise the president over steel and aluminum tariffs and pointedly called the agreement the ‘new North American Free Trade Agreement’ – instead of the USMCA, which is Trump’s preferred moniker. 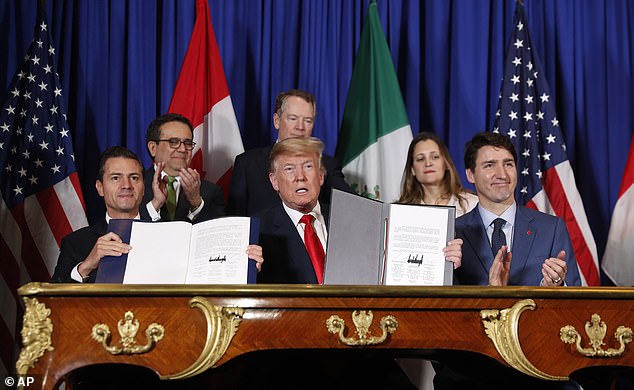 He made a personal plea to Trump during the ceremony to get rid of the tariffs, saying the recent closures of auto plants by General Motors in the United States and Canada made it more important for cooperation.

And he used the president’s first name in his remarks, a sign of informality that can irk Trump.

‘Donald it’s all the more reason we need to remove the tariffs on steel and aluminum between our two countries,’ Trudeau said.

After Trump, Trudeau, and outgoing Mexican President Enrique Peña Nieto signed the agreement, Trump held his up and said: ‘We might as well hold that up.’

Nieto did so. Trudeau did not but sat there smiling for the clicking cameras.

The prime minister’s schedule for Buenos Aires did not initially list the ceremony.

He ended up attending and said the deal “maintains stability for Canada’s entire economy” and removes the dangers associated with the U.S. threat to withdraw from trade relations.

“That’s why I’m here today,” he said. “The new agreement lifts the risk of serious economic uncertainty that lingers throughout a trade renegotiation process.”

President Trump was also likely to face questions on Russian President Vladimir Putin, who Trump canceled a meeting with when he was in route to Argentina.