Racquel Hamilton, 26, from County Armagh, Northern Ireland, had gone to her brother Cameron's house for a glass of wine when her 'ninja' instincts took over. 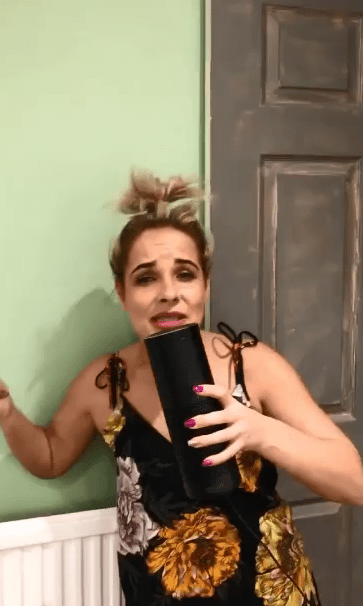 Cameron Pert, 23, was filming her belting the words to an Alice Merton song, when he noticed the gigantic spider on the wall.

Cameron said: "Don't…" but at this point it is already too late, Raquel the creature leaving it squashed on the green wall.

She puts two fingers up to the spider’s mangled corpse stuck to the wall, and resumes her performance, not missing a beat.

Most viewers have praised Raquel's, 26, fearless and decisive action but a significant minority accused her of needless cruelty, with one even calling her a "horrible c***". 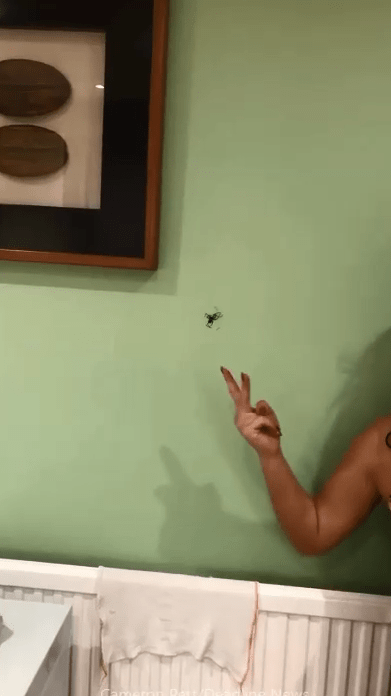 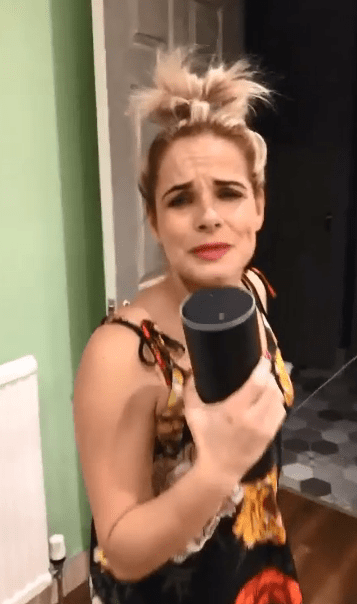 But not all were as affected, with most finding Raquel’s actions brave and even funny, and many reacting with laughing emojis.

Roreen O’Connor Foster commented: “I wouldn’t have killed it. But it’s funny.”

Cameron said he nearly froze out of fear, and was grateful she was there to kill the creature.