LOOKS LIKE the toilet's a little more than just clogged.

A woman was terrified to find a four-foot corn snake slithering up her toilet last Wednesday in Fort Collins, Colorado. 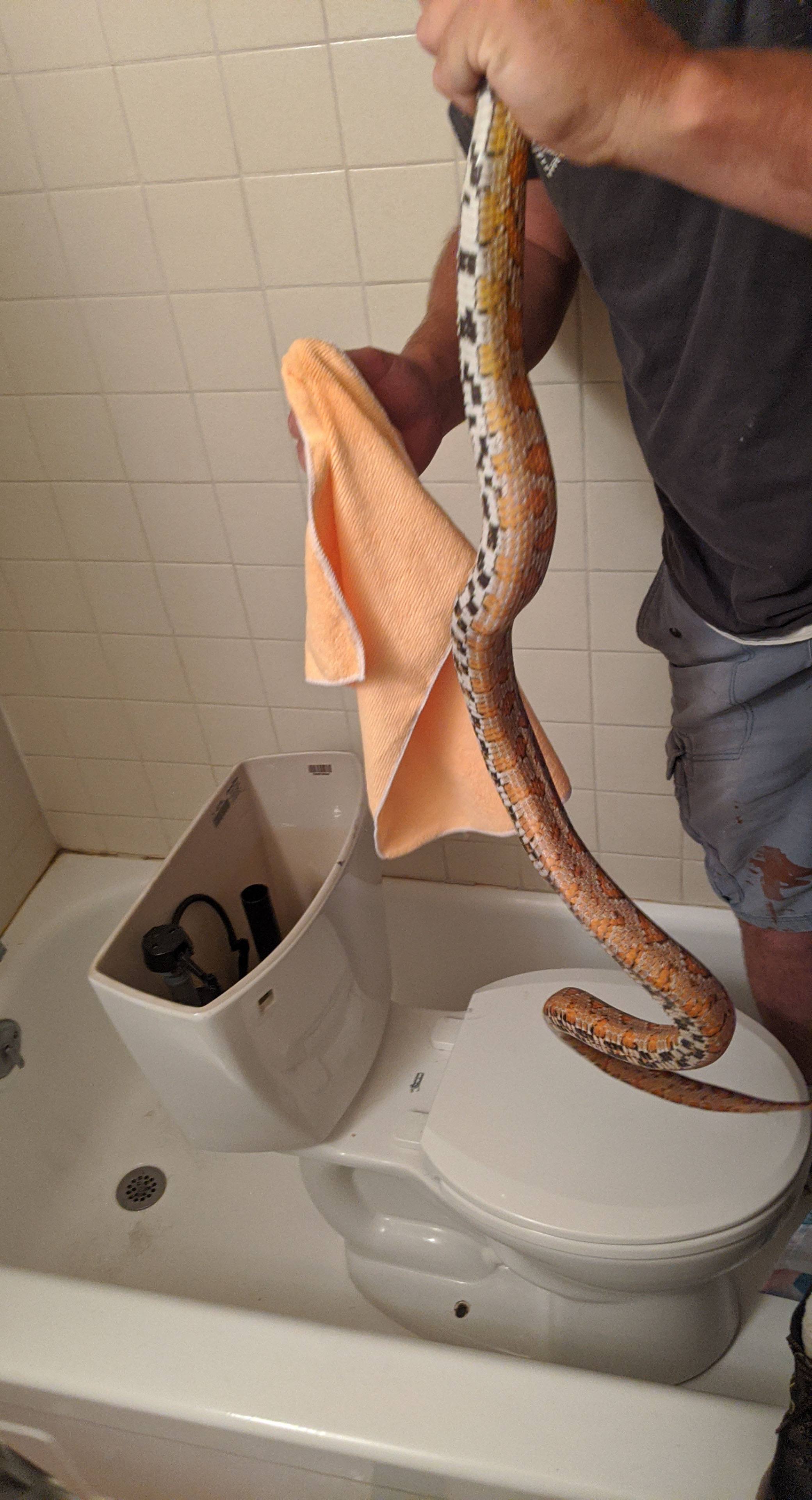 Miranda Stewart told KDVR she screamed more than just a few bathroom-related expletives when she found the head of a snake coming through her toilet bowl.

"I used the restroom, went to flush everything and it wasn’t going down. I looked and leaned in closer and a snake head slithered up," she said.

"I was terrified," she continued, adding "It’s actually been one of my fears since I was a kid."

When she saw the yellow snake peeking through the porcelain bowl, she screamed bloody murder for her boyfriend, and called her building's maintenance for her residence in Fort Collins' Varsity Apartments. 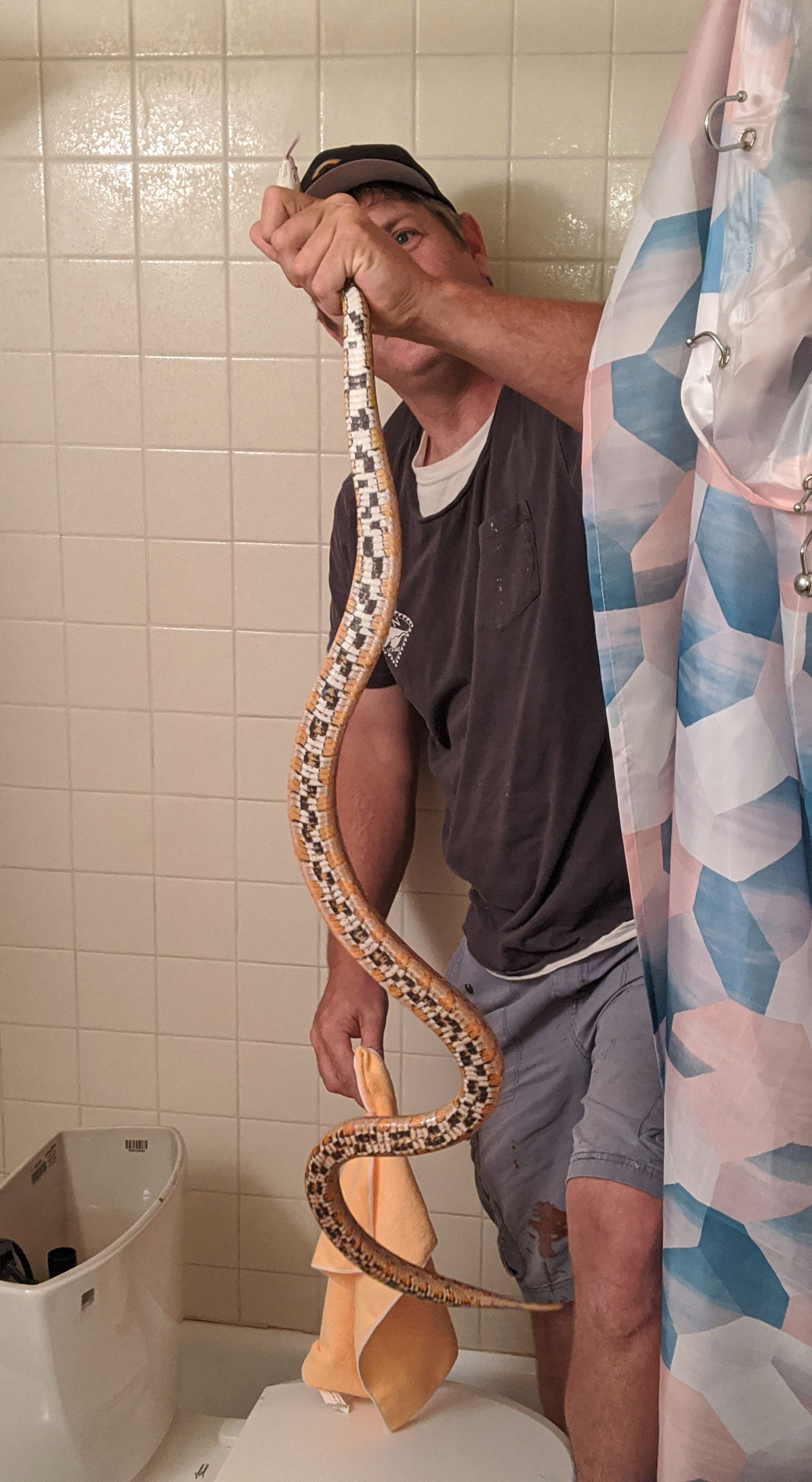 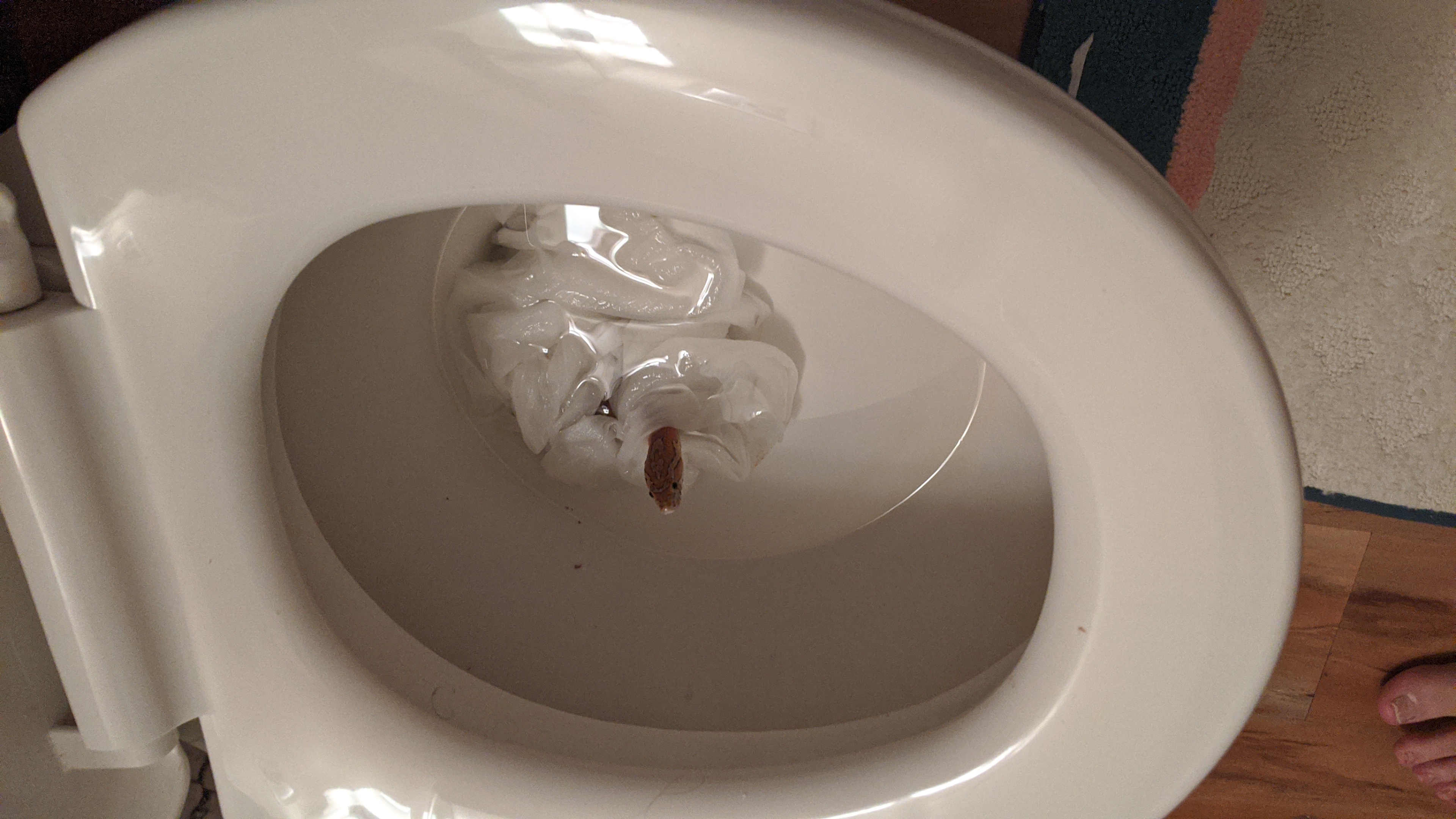 Maintenance man Wesley Sanford arrived a few minutes later, finding the snake coiled around the inner workings of the porcelain throne, forcing him to take the entire toilet bowl apart.

"C’mon buddy get out," he told the snake, which, presumably, did not adhere to Sanford's initial request. Instead, it took the wannabe snake whisperer close to 40 minutes to free the reptile.

After handling the snake for so long, Sanford clearly became attached. Unlike the snake, he and Stewart came up short after searching the building for the snake's owner.

Sanford decided to practice his tongues and instead, adopted the snake and brought the serpent to live on his ranch.

"I took him home and my wife was very happy with me," Sanford said. "We named him Boots. He’s our little guard snake on the property."

Stewart is left answering the question to her now constant paranoia: how did a snake slither to her toilet?

"We’re thinking it was a possible pet from one of the tenants from our apartment complex. If the snake got in their toilet and slithered to ours," Stewart said, making sense of a terrifying experience.

Stewart is trying to come to terms with using the bathroom.