‘Oh my God, it’s swimming right under us!’: Woman freaks out and CALLS 911 during close encounter with humpback whales on family boat trip

Passengers on board a whale watching boat were treated to a close encounter with a pod of humpback whales, although one tourist panicked and called 911.

Footage shows the moment three humpback whales got very close to the Lucianna family’s boat, who were whale-watching in Puget Sound in Seattle.

The video starts as one of the humpbacks swims up to their boat and gets underneath it.

A woman on the boat can be heard screeching and shouting ‘he’s right underneath our boat’.

The woman’s husband reassures her that everything will be okay and that whales are ‘extremely intelligent animals’.

‘Calm down, look at this. You’ll never see this again,’ he tells her as she gasps hysterically and continues to shriek.

as the whale comes up and rolls over.

The husband is amazed as the stunning marine animal comes alongside the boat and rolls over for them but the woman can be heard talking to 911 on her mobile asking for help. 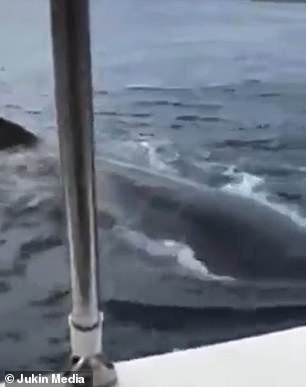 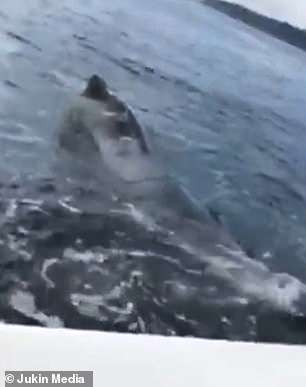 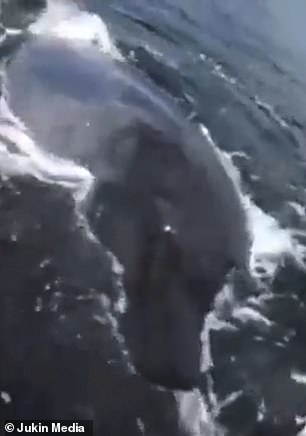 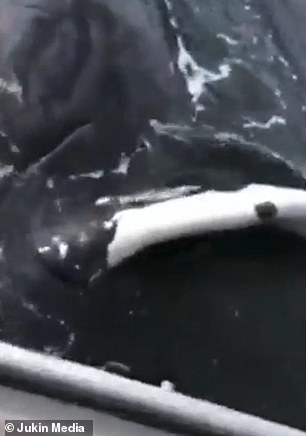 The three whales continue to swim around the boat as one of them rolls over. Mrs. Lucianna gets increasingly nervous as they swim underneath it making her think they are going to flip it

‘We’re out on the water and three huge humpback whales under our boat. I’m afraid that we might get flipped over. I’m really scared,’ she says.

After the call, the husband tells his dad to drive the boat away from the whales.

The boat moves on but the whales keep following them. Mr Lucianna continues to admire them as he says dolefully, ‘I could’ve touched one’. 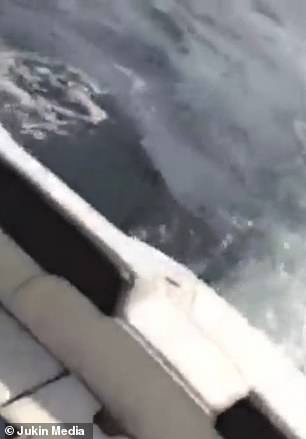 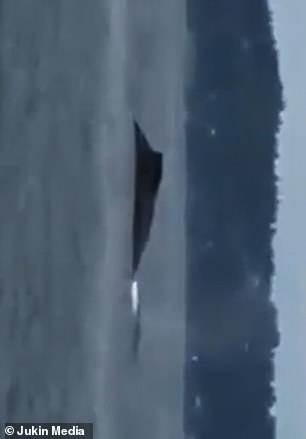 As the boat moves on, the husband to continues to watch in amazement at the majestic creatures in the distance

He says to his wife, who’s still on the phone to 911 and giving them a GPS signal: ‘It’s not scary. They’re just whales. They aren’t going to kill you.’

The video finishes as the husband is heard saying: ‘You will never forget that.’

Puget Sound is a popular spot for whale watching as are located in the heart of Salish Sea.

They are mostly in the area between May and October when the Salmon runs are strongest, although we do have sightings throughout the year

Growing up to 52 ft, and weighing approximately 36,000kg, despite their intimidating size, humpback whales are harmless to humans and mostly eat krill and small fish.