Banana-drama! Moment locked-down worker returns to office to open desk drawer… after remembering she left a piece of fruit inside nine weeks ago

This is the moment a woman in Glasgow returned to her office for the first time in nine weeks having left behind a banana in her desk drawer.

The woman, known by her Twitter handle @mlcoolj2, slowly pulled back the door underneath her desk to reveal a badly decomposed banana.

The yellow outer skin of the banana had turned black and the fruit had shrunk as it began to break down. 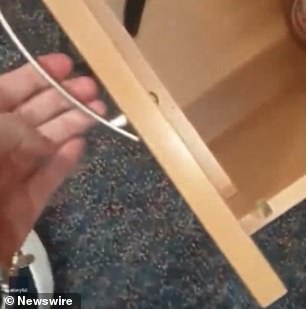 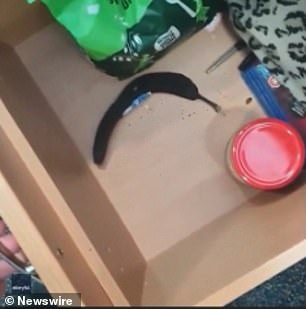 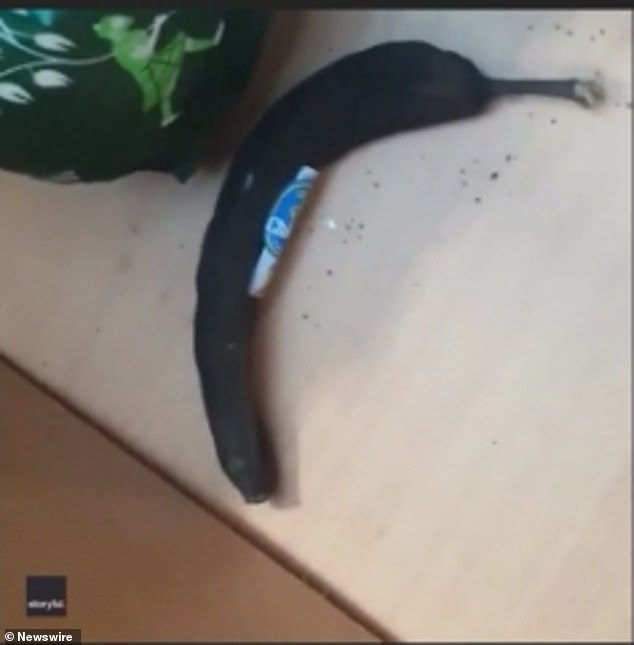 Fortunately for the office worker, the decaying fruit inside the banana was still sealed inside its skin and had not yet oozed out.

The office worker admitted the banana had spent the past nine weeks locked in the drawer.

One friend remarked that the fruit could still be used for banana bread.