A Texas woman was caught on video as she slipped and nearly fell off a cliff ledge while trying to take a picture of her mother at the Grand Canyon.

Emily Koford, 20, of Austin, Texas, was at Arizona’s Grand Canyon with mom, Erin Koford, on October 28 when the terrifying incident occurred.

In the video, which was shot from a distance, Emily and her mother can be seen on the cliff, which doesn’t have any safety barriers around it.

As Erin, standing several feet away from her daughter, makes a ‘come back’ motion with her arms, Emily can be seen taking a big step backwards, while looking down at what appears to be a camera. 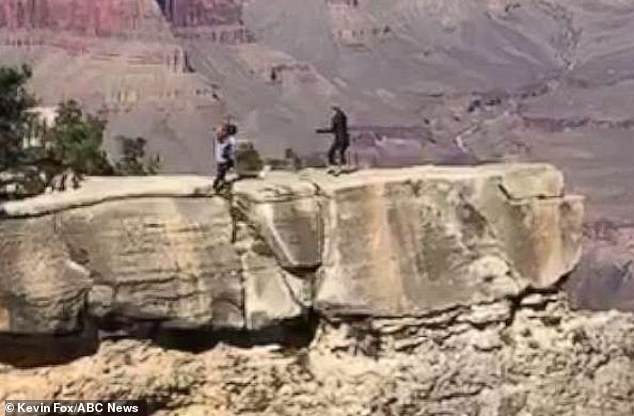 Emily Koford, 20 (left), can be seen as she nearly stumbles off a cliff at the Grand Canyon after stepping backwards while trying to take a photo of her mother, Erin Koford (right)

Just as her mother turns away, Emily takes a second, smaller step back and off the ledge, getting thrown off balance when her foot hits a lower ledge.

Luckily, Emily pitches forward and is able to regain her balance by putting a hand down on the cliff surface.

As the near-fall occurs, Erin, who has turned back around , can be seen throwing her hands up in shock.

When Emily stands up, Erin rushes over to her and grabs her by the shoulders, appearing to shake her, before turning away as if to collect herself from the fright. Emily, meanwhile, keeps one hand on her mom’s shoulder.

The incident occurred as a result of Emily’s backing up in an attempt to take a full-body picture of her mother while they were on the cliff edge.

‘I saw that the ledge was right there and I said, “Don’t take another step back,”‘ Erin told ABC News of the moment when Emily almost fell off the cliff. ‘Twice I said that.’

Erin added that ‘My stomach went up into my chest’ when she saw Emily stumbling and that afterwards, ‘I was scared and angry all at the same time, so I just went up and grabbed her.’

Erin recalled saying, ‘You just scared me to death, Emily.’ 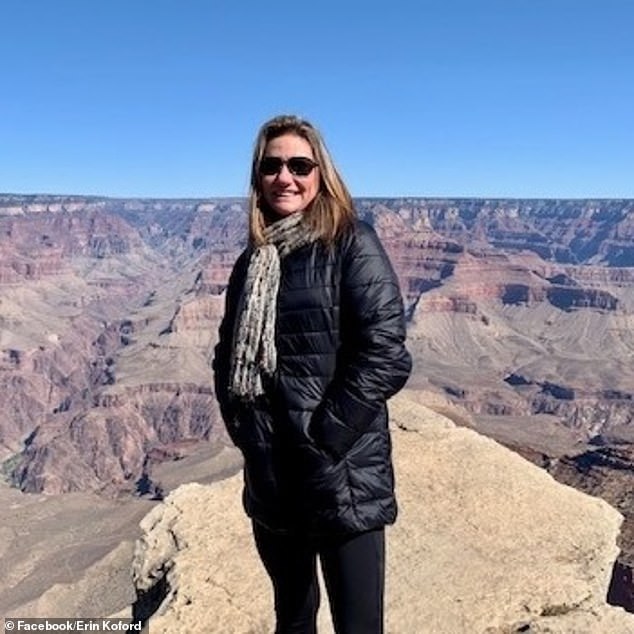 Erin said that Emily was walking backwards in an attempt to get her mother’s entire body into the frame while taking a photo of her. This image of Erin was posted two days after the incident and appears to have been taken at the Grand Canyon 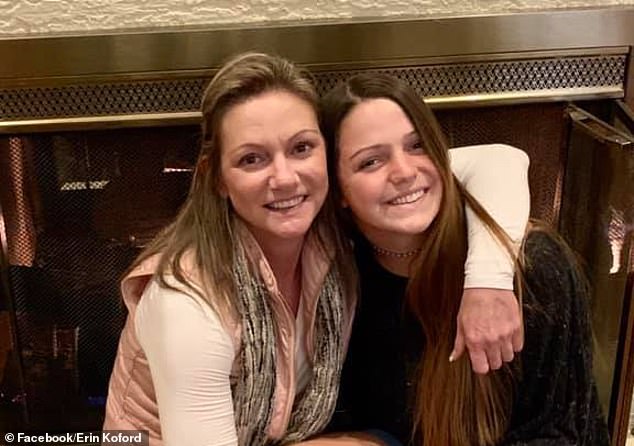 Erin (left) said that she told Emily (right) not to step back two times, but that her daughter hadn’t realized that it was for her own safety – she thought it was for photography purposes 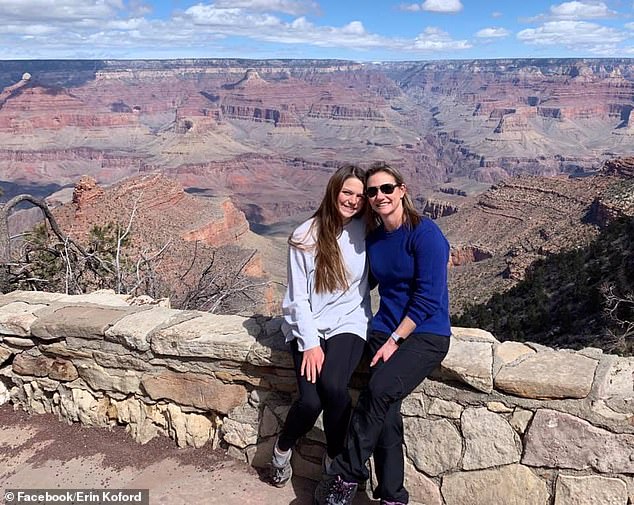 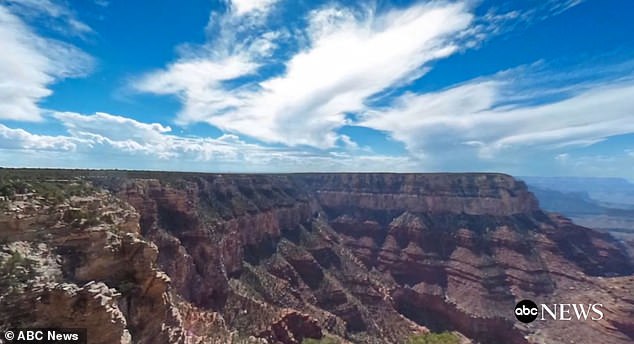 In 2019 so far, three people have died at the Grand Canyon (pictured) after falling off cliffs

Emily, a sophomore at an Arizona college, told ABC 15 that her mother was ‘gritting her teeth she was so mad,’ and added that ‘For a second there I was like oh my gosh what did I just do?’

Emily said that she feels ‘very blessed’ and the next time she visits Grand Canyon, ‘I definitely will stay near the rails, just be extra careful because people like my mom – I saw how scared she was and there’s a lot of people that don’t want you to die.’

Erin said that Emily thought her mother was telling her to stop moving backwards for photography reasons, not for her own safety.

‘I don’t think she was really aware of how dangerous that was,’ Erin noted. ‘I could see exactly what would happen if she fell.’

The incident was caught on video by Kevin Fox, who happened to be passing by when he saw the two women attempting to take photos on the cliff edge.

He told ABC News that he started filming them because he wanted to show his children an example of ‘the stuff you don’t do.’

As the women started walking around on the cliff, Fox remembered thinking, ‘This doesn’t look good.’ As Emily stumbles, Fox can be heard exclaiming in the background of the video.

National Park officials said that three people have died from falls at Grand Canyon in 2019 so far. The yearly average at the park is said to be 12 deaths, with the majority being related to medical issues or that happen outside of the park’s rim.