A WOMAN revealed she goes dumpster diving at Bath & Body Works, At Home and more on TikTok.

Although some people question her dives, she tells people to mind their own business as she continues to show off her hauls. 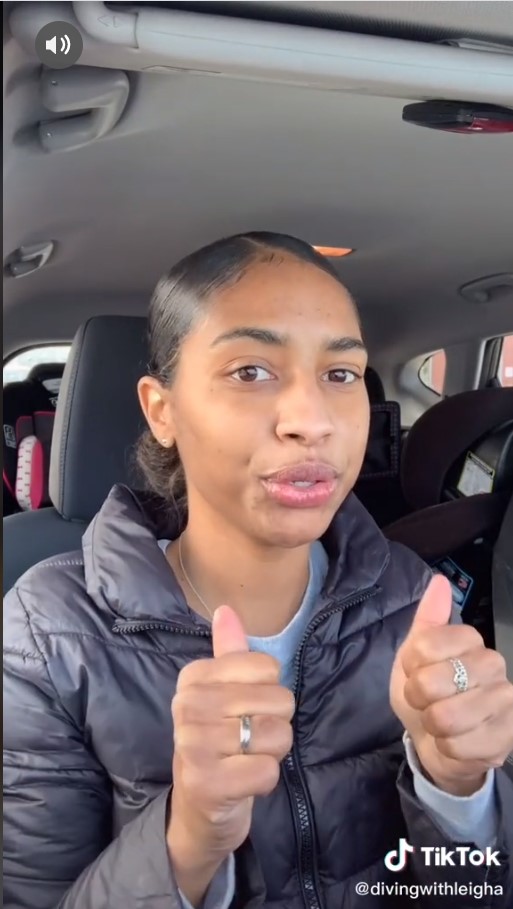 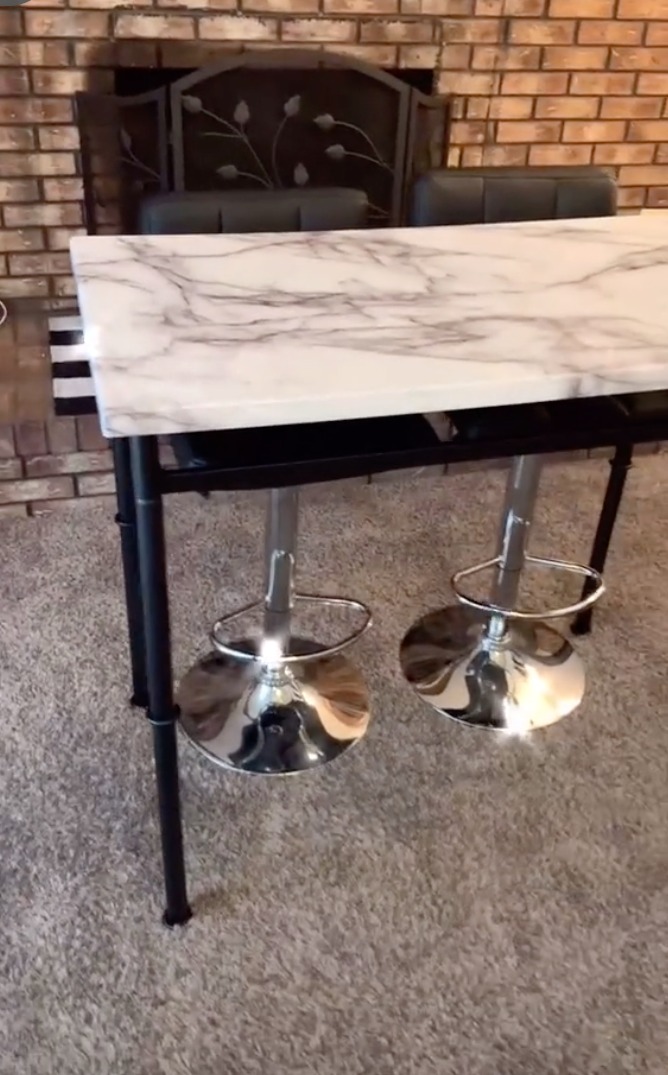 The diving finds were shared by TikTok user @divingwithleigha, whose name is Lei, according to her profile.

She documents her finds and shows items that are put out by dumpsters.

In one video, she revealed a lounge chair, a headboard, plants and picture frames left outside at At Home.

She revealed the plants had wobbly bases and there was a minor tear in the fabric of the chair – which normally costs $250 – but she said the items should be fixable to use still.

She then showed off the lounge chair and fake plants set up in her home.

In another clip, she showed herself grabbing bags of broken candles from the dumpster outside Bath & Body Works. 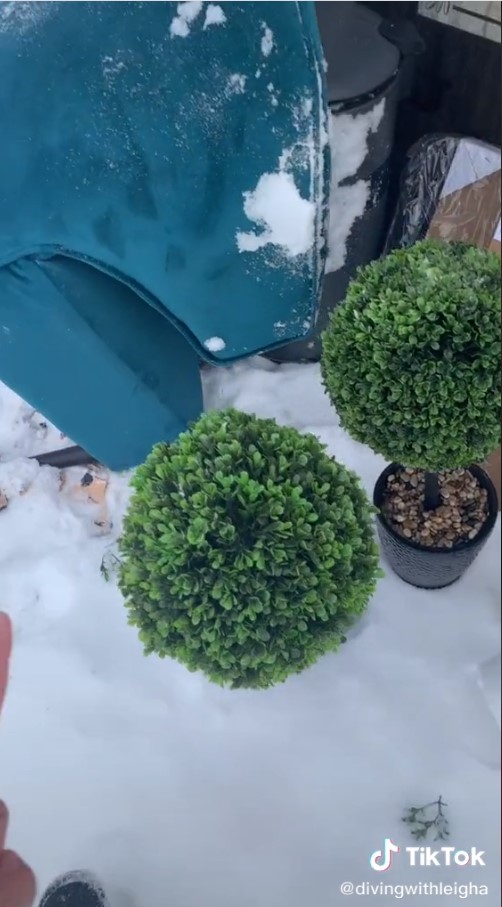 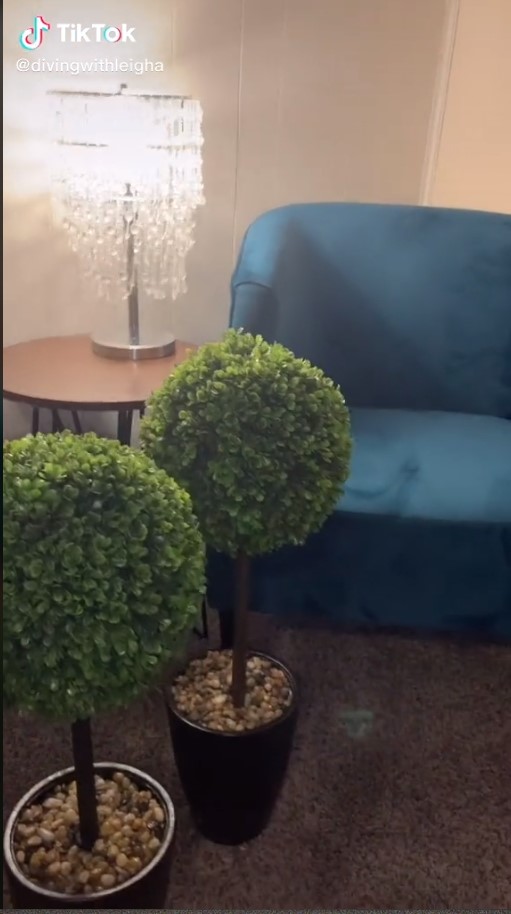 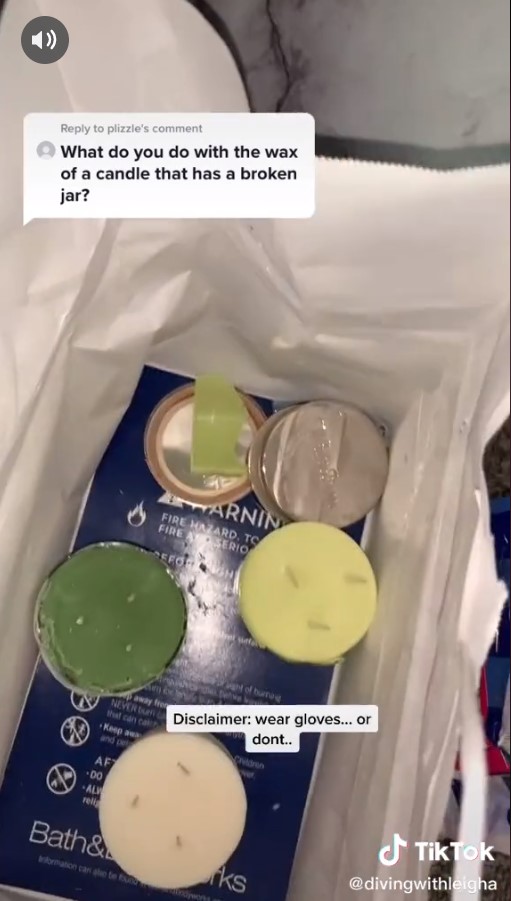 She couldn't reach them with the grabber tool – so she crawled in the dumpster.

Lei said she found "so many candles" which she said "so worth it."

In another video, she revealed a marble table that she found – in perfect condition.

She said she just couldn't put together the chairs that came with it in the set because it was missing the screws – a simple fix.

She showed in one video a carload of items found in a dive – which she dubbed a "major score."

In one find, she found a shelf that retails for $90 – with the only flaw being that a leg on the bottom was bent.

Lei revealed off a pile of items that were tossed out at Five Below – including hand sanitizer, gift sets, board games, books, and more.

Although items are sometimes spray-painted in an attempt to deter people from taking the items, Lei manages to clean the items up. 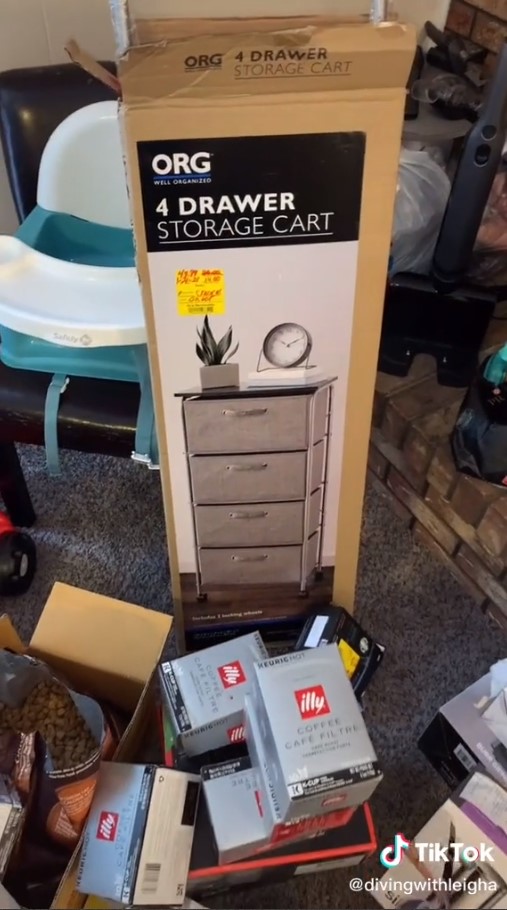 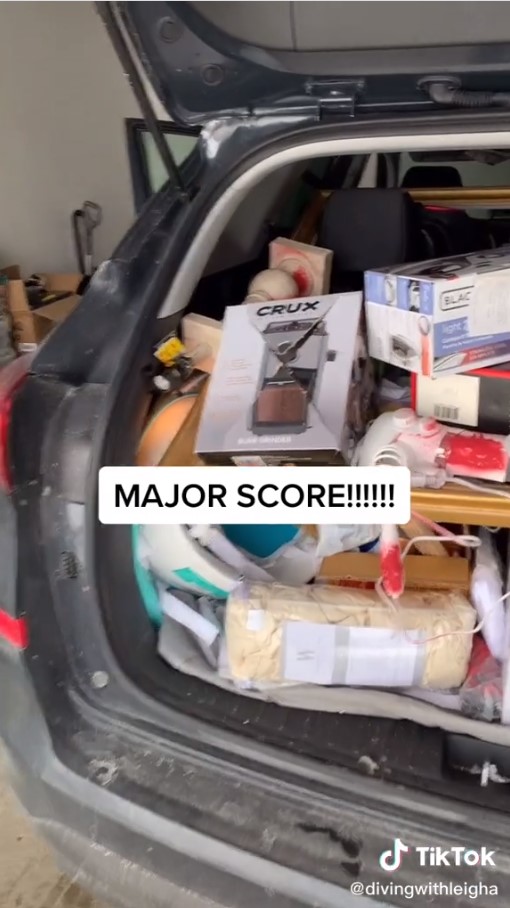 She also shows hauls from a slew of stores – including Ulta, Michael's, and Bed Bath and Beyond.

Some people slam Lei for her choice to dive for the goods – but she says she doesn't care and tells them to mind their business.

One person commented on one video where Lei went diving without gloves and dubbed it "questionable."

Lei responded: "The fact that you're so concerned with what I'm doing is questionable." 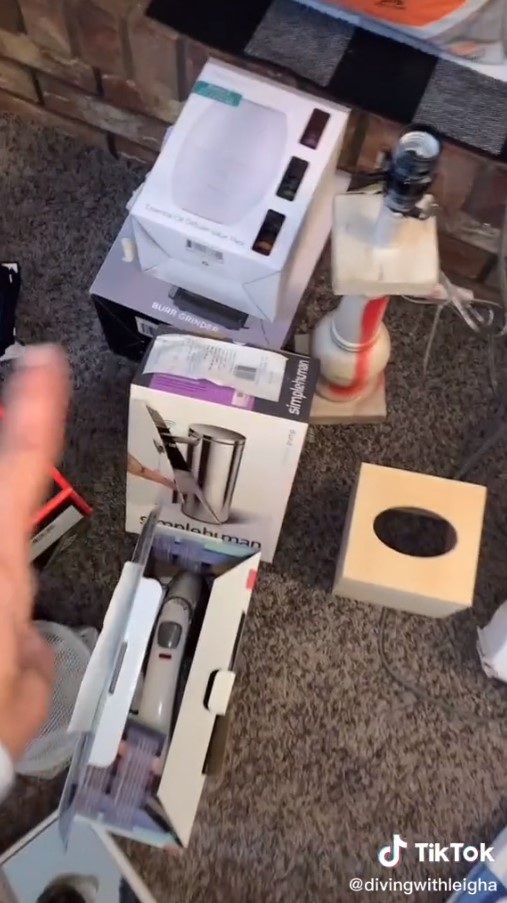 In one video, Lei commented: "Ther is times when I wear gloves and I don't. Worry about YOURSELF beckys."

"Becky," like "Karen," is a pejorative term sometimes used to describe an entitled white woman or man.

Another person commented the diving is "not that serious," to which Lei said: "Then Leave sis."

Another dumpster diver said she's found new makeup and saves cash – even though people tell her it's gross.

One woman shared how she makes around $2,700 a month selling items she finds from the trash.

Another woman shared she's found loads of items worth over $37,000 – including hair straighteners and YSL shoes – by dumpster diving.