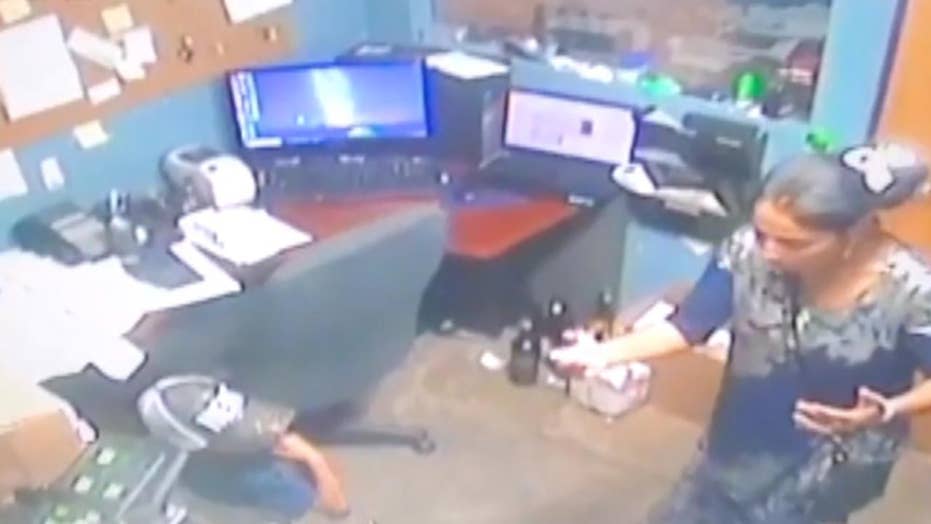 Video: Denver Police are on the search for a woman who had her child help in robbing a liquor store. A large amount of money was taken.

Authorities in Colorado are looking for a woman who robbed a liquor store in Denver last week while she was caring for two young children — one of whom helped her with the robbery, according to police.

The incident at an East Alameda Ave. liquor store occurred Oct. 9 at about 2:10 p.m., according to a Denver Police Department tweet.

The woman, who has not been identified, entered the liquor store and soon proceeded to rummage through shelves and the cash registers, "taking a large sum of money."

The manager of the liquor store told FOX31 the woman made off with several thousand dollars, though an exact amount wasn't made public.

Denver Police said the woman had a boy and a girl with her who both appeared to be approximately 6 years old. The 6-year-old boy helped in the search for cash behind the counter of the store, according to police.

Police released a photo of the woman caught on surveillance cameras as she spoke on her phone and walked through the store.

Before hitting the liquor store, the woman also walked into a convenience store in the same strip mall and allegedly used her children there, too, as a diversion while she pilfered items such as lotion and body wash.

"It's not an excuse to use your kids to do such a thing," the manager of the convenience store told FOX31.

Denver Police are asking anyone with information to contact Crime Stoppers at 720-913-7867.