‘Damn, life was good!’ Woman who wrote her own obituary before dying of cancer aged 35, urges people to ‘live a little and not take the small stuff so seriously’

A 35-year-old woman who died from cancer earlier this month has penned her own touching obituary in which she proclaims ‘life was good’.

Bailey Jean Matheson, from Halifax, Canada, was diagnosed with a rare form of terminal cancer two years ago but decided she wanted to embrace life fully, with the time she had left.

Concerned about the side effects of chemo, she decided to skip therapy for her incurable disease and instead spend her remaining time on Earth travelling and spending her time with loved ones. 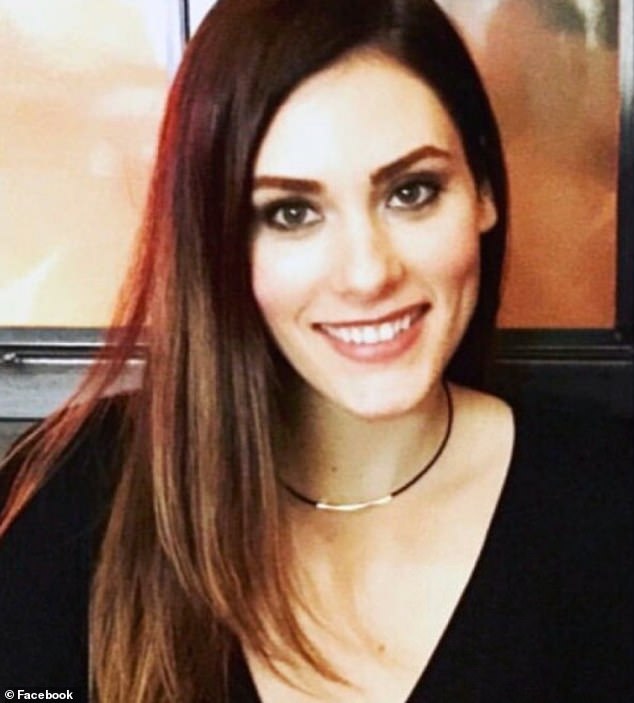 Bailey Jean Matheson, 35, was diagnosed with cancer two years ago and died April 5 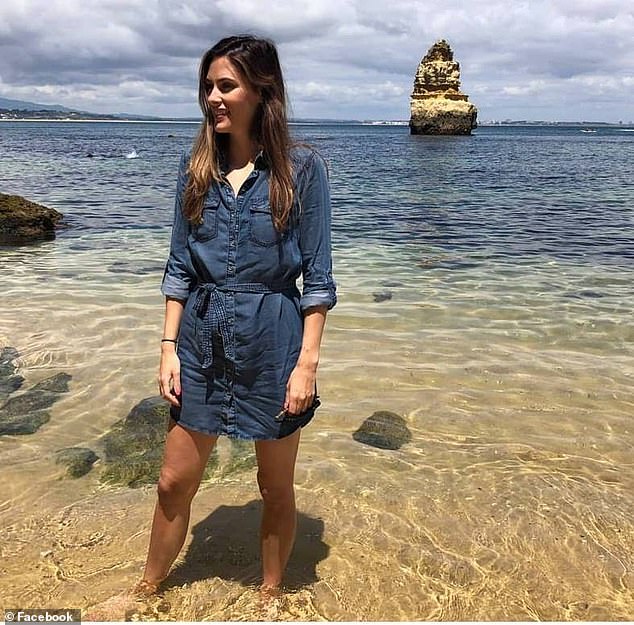 Before she passed, she ended up writing her own obituary, full of advice for friends and family

Leiomyosarcomas are cancers that develop in a type of muscle tissue called smooth muscle.

These muscles are found in the walls of muscular organs like the heart and the stomach.

They are rare and usually only affect people over the age of 50, but they can start anywhere in the body.

They most commonly start in the walls of the womb, the limbs and the digestive system.

People with early leiomyosarcoma often have no symptoms until the later stages of cancer.

Late-stage symptoms include include a lump or swelling, abdominal bloating, swelling or pain and a change in menstruation.

’35 years may not seem long, but damn it was good!,’ her obituary, which was written by her and published in the Chronicle Herald, begins.

Matheson, who ran her own beauty business, went on to thank her parents for supporting her decision of not going through chemo after radiation treatment failed.

She said that as an only child she knew the decision wouldn’t be easy for them to accept.

‘I know how hard that must have been watching me stop treatment and letting nature take its course. I love you both even more for this,’ she said.

‘I’ve always cherished my friendships more than anything because I’ve never had siblings of my own,’ Matheson wrote.

‘I never thought I could love my friends more than I did but going through this and having your unconditional love and support you have made something that is normally so hard, more bearable and peaceful.’ 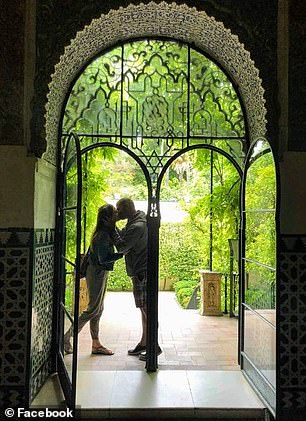 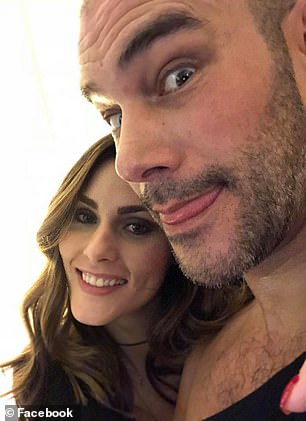 Matheson got to travel to Europe with her boyfriend, Brent Andrews. A friend snapped this photo of the two of them in Seville (left), and they are pictured together (right) 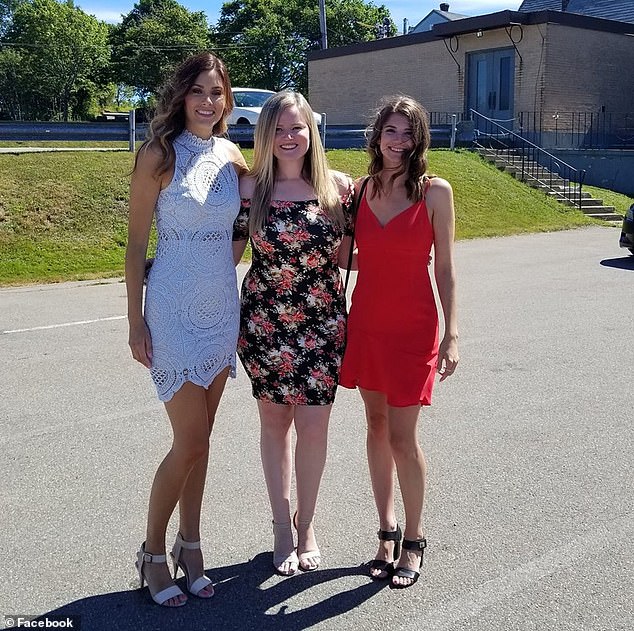 ‘I never thought I could love my friends more than I did but going through this and having your unconditional love and support you have made something that is normally so hard, more bearable and peaceful,’ she wrote. Matheson is pictured, left 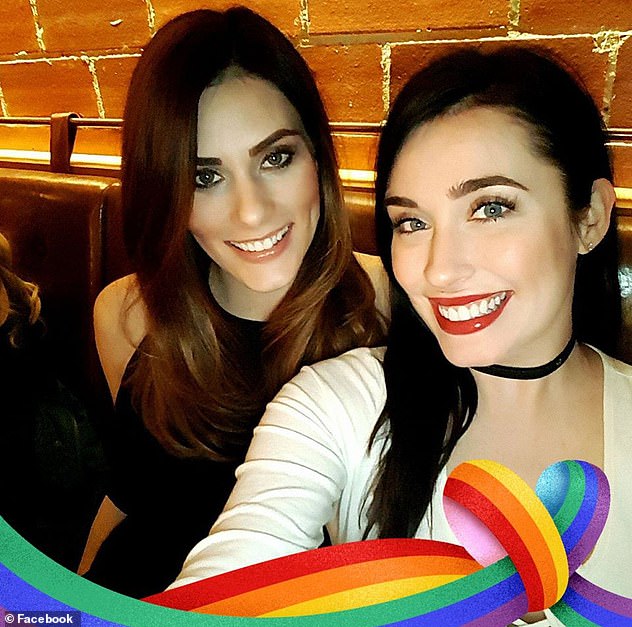 Matheson, seen left, was an only child who ran her own beauty business. She said she cherished her friendships ‘more than anything’ because she never had siblings

She ended her obit by urging people around her to appreciate their own lives as well.

‘Don’t take the small stuff so seriously and live a little,’ she wrote.

She even managed a joke about her boyfriend whom she met on Tinder just months before her devastating diagnosis.

‘To my Brent… you had no idea what you were getting yourself into when you swiped right that day,’ she wrote.

One of her best friends, Julie Carrigan, told Today that she wanted her obituary ‘to be a message to everybody I loved’, and not a ‘boring’ one.

‘She said, “I don’t want it to sound like a normal, boring obituary. I want it to be a message to everybody I loved,”” Carrigan said.

‘She ended up seeing the illness as like a blessing in disguise, in a way, because most people just go every day and take it for granted. And when you get diagnosed with something like that, there’s no taking it for granted anymore. 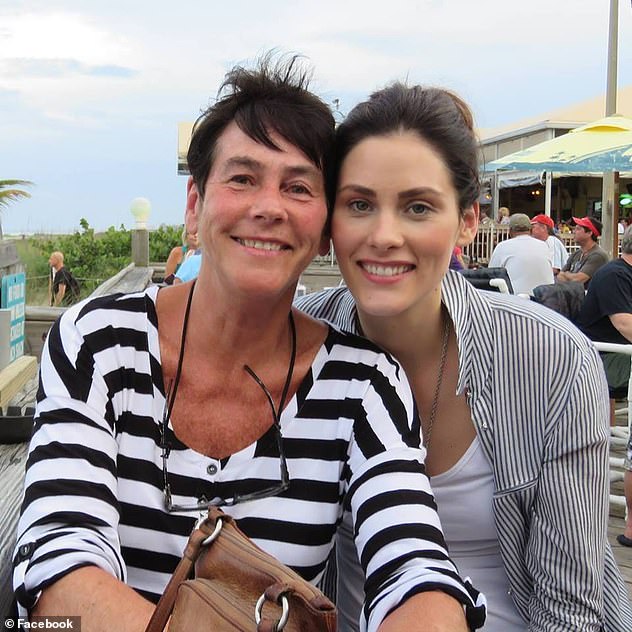 ‘To my parents, thank you for supporting me and my decisions throughout my life,’ Matheson wrote. She is seen here pictured with her mother, Wendy Matheson 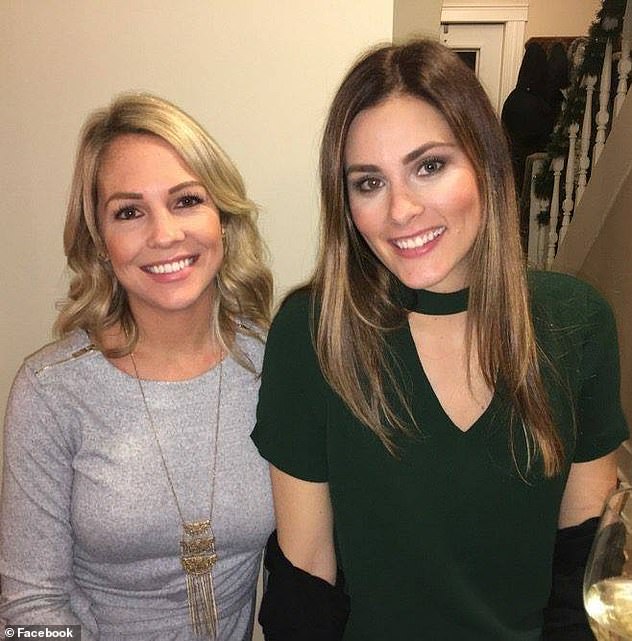 Matheson, right, would have been both ‘mortified and touched to know her last words are getting so much attention’, her friends said to the media

Matheson was very healthy and physically fit until she suddenly started complaining about stomach pain.

Doctors initially believed the pain was caused by muscle or back problems, but then she felt a lump on left side of her abdomen.

Doctors hoped to shrink the tumor with radiation but the treatment failed and surgery was thought to be too risky. She was given two years to live.

Although Chemotherapy was an option, it was thought unlikely to save her life. Not wanting to suffer from the side effects, Matheson declined the treatment.

‘She was worried that those two years — if she was going through chemo — her quality of life during that time wouldn’t be very good, so she just went for it and did a lot of stuff that she really wanted to do,’ her boyfriend Brent Andrews said.

To my parents, thank you for supporting me and my decisions throughout my life. I always remember my mom saying losing a child would be the hardest loss a parent could go through.

My parents gave me the greatest gift of supporting my decisions with not going through chemo and just letting me live the rest of my life the way I believed it should be.

I know how hard that must have been watching me stop treatment and letting nature take its course.

I love you both even more for this. To my friends, being an only child I’ve always cherished my friendships more than anything because I’ve never had siblings of my own.

I never thought I could love my friends more than I did but going through this and having your unconditional love and support you have made something that is normally so hard, more bearable and peaceful.

Thank you and I love you all so much.

To my Brent, you came into my life just three months before my diagnosis.

You had no idea what you were getting yourself into when you swiped right that day.

I couldn’t have asked for a better man to be by my side for all the adventures, appointments, laughs, cries and breakdowns.

You are an amazing person and anyone in your life is so fortunate to know you.

I love you beyond words. I am survived by my loving parents, Wendy (Foxwell) and Sandy (John Alexander) Matheson; my amazing and caring boyfriend, Brent Andrews and family; my wonderful pets, Rosella, Cat, Peyton (Boo Boo) and Harley; my great group of friends; my Aunt Sharon MacIntyre and family; my Aunt Paulette Novacco and family, and my Uncle Ted Foxwell and family.

I was predeceased by my maternal grandmother, Lillian Clark; paternal grandparents, Elsie (Matheson) MacKenzie and Alex Matheson. Thank you for all the support, donations, fundraisers, food, messages and calls over the past two years. It means the world to me.

A special thank you to my aunts, Sharon and Paulette, for being supportive and thank you to all my doctors, my palliative care team, all my VONs, my social worker, and East Coast Naturolpathic.

In lieu of flowers, donations may be made to Melanies Way or Young Adults Cancer Canada. Details regarding the Celebration of Life will follow at a later date.

‘Don’t take the small stuff so seriously and live a little.’