In the footage, a woman in a pink dress sitting on a chair holds out a bottle to a young girl in a nappy, who grabs it with both hands and eagerly drinks. 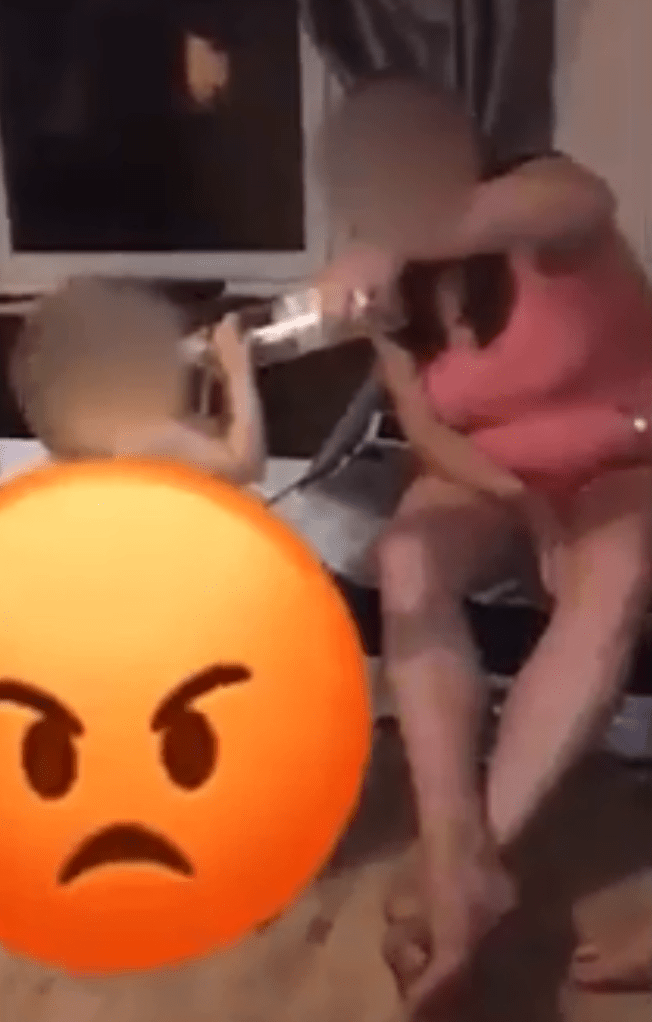 More than 700,000 people have now viewed the offending video on Facebook after it was initially posted on Snapchat.

Social media users were quick to criticise the adult, with one writing: "Dirty evil scumbag b******!!!".

Another added: "Child abuse no other word for it I hope they find her and put the kids some where safe away that vile vile woman."

But the woman in the video has now come forward, saying that the substance in the bottle was "not wine". 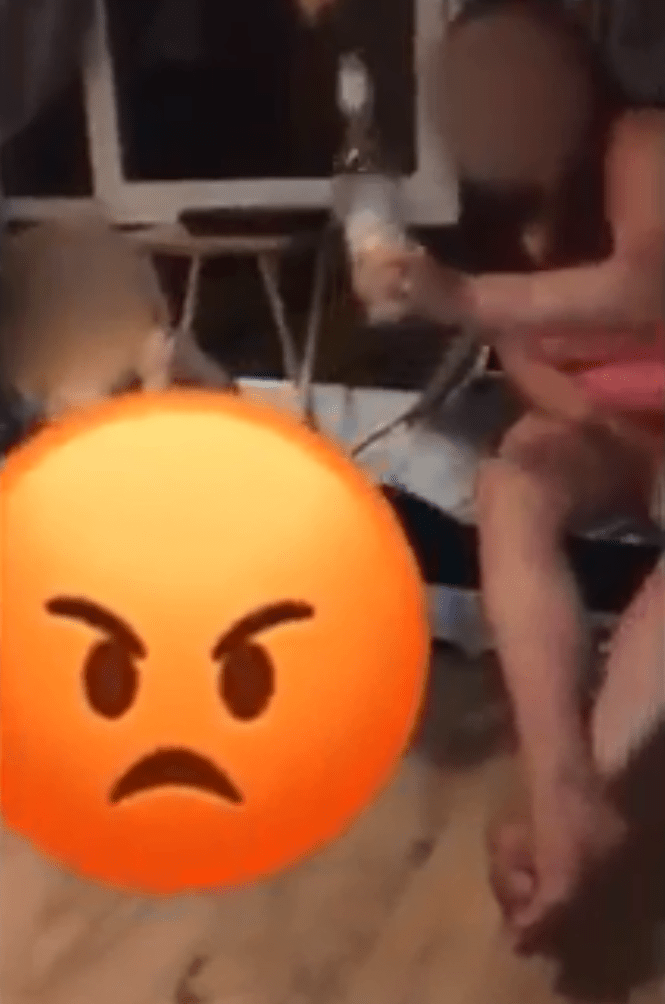 She would not clarify what the substance was, but told The Sun Online: "It was a joke. It wasn't wine. I'm not telling you what it was. That's it."

The woman, who The Sun Online is not identifying, added that the video was "putting my life in danger".

She said: "The video was put on Facebook. Now I'm getting death threats. I'm scared to walk out of my b***** door.
"I'm fearing for my children's life. I want them to take the post down."

It is understood that the video was taken at a home in Lanarkshire, Scotland, in July of this year.

The person who posted the footage on Facebook was defiant, writing: "Im done with the system and this planet.

A spokeswoman for Police Scotland said on Sunday that they are not currently investigating the incident.